Fact or fiction: The truth about soy

The experts reveal the facts and the fallacies of the soybean 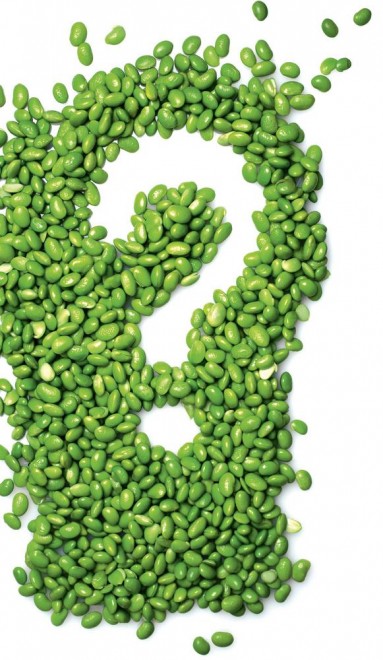 One minute it’s the answer to all our health problems, the next it’s a hidden hazard. From tofu to edamame, soy has become a staple in our diets, though most of us are still buckling at the knees at the long list of supposed side effects. With so many studies on soy published each year, it’s easy to misinterpret the scientific literature, say the experts. So is soy a champion superfood or should you strike it from your grocery list? We went to the experts and pored over the latest research to clear up the controversy.

What you heard: The plant estrogen in soy is linked to breast and prostate cancer.
What we found: Soy contains antioxidants called isoflavones, which are plant estrogens thought to mimic the hormone in our bodies. “Isoflavones are commonly equated with human estrogen [which is linked to some cancers], so there is concern that by extension, soy foods could have the same harmful effects,” says Mark Messina, an associate professor at Loma Linda University in southern California and the executive director of the Soy Nutrition Institute.

But the research is mixed. While it’s true that scientists have found that soy’s isoflavones can speed up cancer-cell growth in test tubes, the American Institute for Cancer Research suggests those findings may be skewed by the large amounts of isoflavones used in the experiments—equivalent to five to 16 times the amount commonly consumed in Asia, where cancer rates are lower than in North America. Most studies done with humans, on the other hand, show no link between soy and cancer, or they suggest soy eaters have lower rates of cancer than non-soy eaters, says Alison M. Duncan, associate professor of human health and nutritional sciences at the University of Guelph. And some suggest eating soy foods, particularly during the teen years, can help reduce the risk of breast cancer later in life.

Even breast-cancer survivors seem to fare better when they consume some soy. A recent study published in the Journal of the American Medical Association that looked at women diagnosed with breast cancer found those who consumed about nine g of soy protein per day over the study’s four-year period were 31 percent less likely to have their breast cancer recur and 28 percent more likely to survive than those who consumed half that amount. Things are looking up for the guys, too. A recent literature review published in the American Journal of Clinical Nutrition analyzed 14 studies and reported that men who consumed soy were 26 percent less likely to develop prostate cancer.

What you heard: Eating soy intensifies menopause symptoms, such as bone depletion and hot flashes.
What we found: A recent study that looked at 180 post-menopausal women who weren’t on hormone-replacement therapy suggests soy may actually help reduce hot flashes. Health Canada also allows manufacturers to make claims on their labels that daily soy-isoflavone supplements of 30 to 100 mg alleviate menopause symptoms. But it cautions some women, like those who have had breast cancer or who are taking hormone-replacement therapy, against exceeding 30 mg.

Other studies have found bone-mineral density diminishes slightly in post-menopausal women, regardless of soy consumption. “Soy provides bio-available calcium and high-quality protein, both of which are important in retaining bone health,” says Messina.

The claim: Soy makes you fat

What you heard: Soy causes weight gain and thyroid problems.
What we found: There’s no proven link between weight gain and soy. In fact, some studies in laboratory rats and incubated human fat cells have shown that soybeans might actually prevent fat accumulation, but there isn’t enough evidence to confirm the same results in humans. Furthermore, because protein is more filling than fat or carbs, soy (one of the few vegetable sources that are complete proteins) is more likely to help you trim down. As for the claims that soy interferes with thyroid function, recent studies have seen this happen only in iodine-deficient people (rare in North America) or those already suffering from thyroid problems, such as hypothyroidism.

What you heard: Soy lowers his sperm count and gives him man boobs.
What we found: Several studies, including one from the University of Guelph just last year, report that eating soy has no effect on sperm quality. As for your guy’s cup size surpassing yours, don’t be too concerned. The man who made headlines because he developed breasts was drinking 12 cups of soy milk a day, far beyond a healthy amount by anyone’s standards. “A man can consume up to six servings per day of soy, and it won’t affect his estrogen levels,” says Messina. The key is moderation and common sense.

The claim: Fermented soy is best

What you heard: Fermented soy (tempeh or miso) is healthier than non-fermented soy.
What we found: Some experts speculate that the nutrients in fermented soy are easier to absorb, since they’re already partially broken down, says registered dietitian Mary Bamford in Toronto. But this has yet to be proven. The soy foods to avoid, say the experts, are heavily processed ones—like fake deli meats, chicken nuggets and hot dogs—which are often loaded with preservatives, chemicals and sodium.

The claim: Soy is not heart-healthy

What you heard: Soy doesn’t lower your risk of cardiovascular disease.
What we found: Some studies have shown soy lowers LDL, the so-called bad cholesterol, but others haven’t found a relationship between soy consumption and heart health. As a result, the FDA stopped allowing food manufacturers to label soy products as “heart-healthy” in 2008. Health Canada also doesn’t allow manufacturers to make “heart-healthy” claims on food labels.

Despite this, soy has been shown to lower blood pressure, says Messina. “And soy is low in saturated fat and high in polyunsaturated fat. It has omega-3 fatty acids and modestly lowers blood-cholesterol levels, and isoflavones improve arterial health.” In other words, it’s not a bad idea to choose soy as a protein substitute for red meat and dairy, which are high in saturated fat and cholesterol.

The claim: All soy is GMO

What you heard: Soy tops the list of genetically modified organisms.
What we found: It’s true that a large part of the soy crop around the world is genetically modified, but the tofu, edamame and soy milk you see on grocery-store shelves in Canada are unlikely to come from GMO soy. If you’re concerned, there’s no way to determine by the label, but if you call the companies and ask, they’re required by law to tell you.

The bottom line: For now, the soybean packs plenty of promise as a healthy food choice with a bright future. Look for organic, real-food sources, such as edamame, tofu, miso and tempeh, and include them in your diet a few times a week — not because more is harmful, but because variety and moderation are the cornerstones of a healthy diet.