The exact amount of vegetables to eat for happiness is.....

Researchers have pinpointed exactly how many servings of vegetables you should eat per day to attain optimal happiness and mental wellbeing. 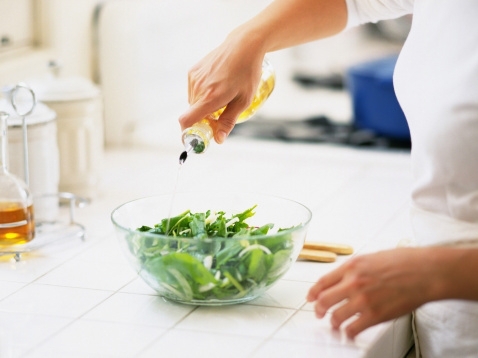 Who doesn’t want to find a way to increase their daily satisfaction and attain that elusive state known as happiness?

In search of love or companionship, we’ll go out to dinner parties and mingle with strangers when we’d really rather stay in and watch Mob Wives. To shed those 20 extra pounds, which we’re certain will make us positively ecstatic, we will head to spin class after work.

We’ll do a lot in the pursuit of happiness — so much so that it’s exhausting.

But there’s some good news. Increasing mental wellbeing may be as simple as taking a trip to the grocery store and filling your basket with fruits and vegetables. According to a recent research paper discussed on Rodale.com, people who eat a diet that’s high in fresh fruits and vegetables are significantly less stressed and overall happier than those who don’t.

The findings, which were written for the National Bureau of Economic Research, were the result of an analysis of three surveys conducted in the United Kingdom. The surveys, which were designed to reveal how lifestyle factors such as diet affect mental health, drew on the responses of approximately 80,000 people.

What’s the magic number when it comes to getting your greens in if you want to be happy? According to the article, one of the surveys found a positive association between happiness and people who ate seven to eight portions of vegetables a day.

That’s not to say you need to snack on broccoli all day. The survey did suggest that those who eat the recommended daily allowance of five servings of fruit and vegetables a day also experienced a boost in mood — just not as much as those who ate seven to eight servings.

Do you feel better when you’re eating more healthfully?