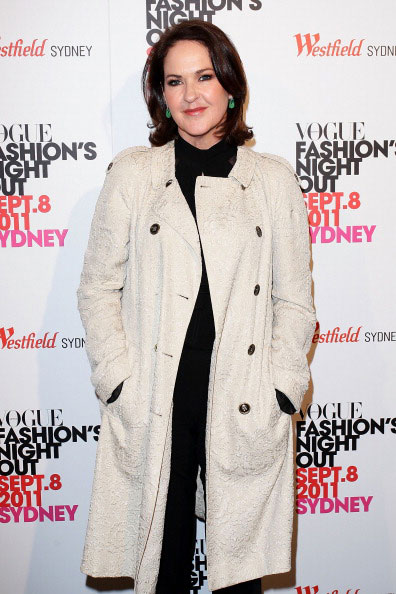 Kirstie Clements arrives at the launch of Vogue Fashion’s Night Out at Pitt Street Mall on September 8, 2011 in Sydney, Australia. (Photo by Lisa Maree Williams/Getty Images).

There are worse things in life than not fitting into a size 4. But sometimes a gal can’t help but feel like it’s the end of the world, especially when fashion pickings for average to plus size women are as slim as Vogue cover girls.

Some blame the fashion industry for the lack of choice, a dearth of stylish gear that doesn’t always reflect the reality of women’s bodies.

In her new memoir, aptly titled The Vogue Factor former Vogue Australia editor-in-chief, Kirstie Clements, criticizes her former employers and the industry at large for promoting underweight and undernourished models. She makes some shocking confessions too.

In a recent article in the Daily Mail, Clements references models so thin they were unable to stand during photo shoots, models who ate tissue because it expanded in the stomach creating a feeling of fullness, models with scraped knees incurred as a result of fainting episodes, models who regularly spent time in hospitals on intravenous drips.

The average dress size of most North American women, according to numerous sources — is size 14. I don’t want to wage war against the petite or the plus-sized — women get enough grief about their bodies, fat, slim or curvy — but it would be nice if there were more options for the majority of the female population.

Some department stores even restrict their plus-size options to online shopping, which makes shopping for larger sizes even more challenging.

But things may be changing for the better — slowly.

A recent video discussion between Globe and Mail reporters Deirdre Kelly and Madeleine White, celebrated the uptick in options for curvier women and praised the influence of celebrities such as Adele for making plus-size clothing respectable.

Here’s hoping that in the future, a few more style-savvy retailers take inspiration from the buying population, that they pick up on the need for greater choice and that more stylish and affordable options make it into department stores and boutiques sooner rather than later.