Children with anorexia? It's a growing problem

Anorexia isn’t just a teenager’s problem -- a heartbreaking new study out of the U.K. shows that it affects kids as young as five, and that 197 children under nine have been treated for it in the past three years. 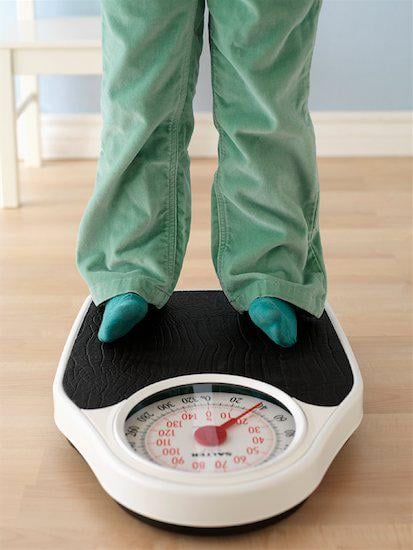 Anorexia isn’t just a teenager’s problem — a heartbreaking new study out of the U.K. shows that it affects kids as young as five, and that 197 children under nine have been treated for it in the past three years. Canadian kids could be even worse off: a 2005 study from the Canadian Paediatric Surveillance Program found 138 cases in children under 12, the vast majority of which are girls, over a period of two years.

This raises some disturbing questions: What on earth would make a five-year-old starve herself? And why is there a rise in cases now? For some insight into the problem, we talked to Merryl Bear, director of the National Eating Disorder Information Centre.

Q: Have you seen a rise in eating disorders for younger kids?

A: When I first started working in the field 20 years ago, one really spoke about 14 to 23 as the highest numbers of individuals with disordered eating. Now we’re seeing that bottom end drop quite significantly, so it’s not unusual to have phone calls about eight-year-olds, or 12-year-olds who are expressing a lot of concern around food and weight. Interestingly, it’s also stretching across the lifespan — postmenopausal women in particular are also presenting more frequently.

Q: There was some debate in the U.K. over whether celebrities and the media are part of this problem. Do you think they are?

A: The reasons individuals develop eating disorders are very complex, and the media is not the cause. It is a factor for many individuals, but not often the core issue.

Q: Could our growing concern about childhood obesity also play a role?

A: Yes — the concern about obesity can lead some concerned parents to create an anxiety in their child about food and weight, and whether they as a person, as a child, are good enough.

Q: Does an eating disorder look different in children than it does in teens?

A: It’s the same illness, but how it manifests might be slightly difference, and the issues that you need to get addressed might be different. The underlying features of all eating disorders are around a sense of a loss of control, and finding a way to feel effective and have a sense of achievement. That often happens for children and teens who feel that their world is chaotic, and this is the only thing that can provide them with some sense of security, organization, and help them manage their emotions. But a seven-year-old is at a very different emotional and cognitive stage than a 14-year-old: a seven-year-old does not have abstract thinking, whereas a 14-year-old has some, and there are different ways in which kids express their pain and their concern, because they don’t necessarily have the language.

Q: What kinds of warning signs should parents be on the lookout for?

A: There’s often a sense of never feeling good enough, where a child or adolescent is really concerned about how they present themselves: am I doing the right thing, am I pleasing you, am I okay? That’s always a worrying sign, especially when it’s combined with excessive concern about physical appearance, weight, appearance. Many very young kids talk about calories, fat, grams. Or they avoid certain foods, particularly foods that are considered bad. Kids often think that if a food is bad, and they eat it, they must be bad. How do kids get that sort of disordered thinking? It is difficult to tease out completely, but I think that our world is changing so rapidly, and they’re so exposed; it’s a complicated world, with social media. And their parents are part of the first generation where dieting for weight loss was ubiquitous, where physical appearance became so much more salient as a general way of passing that previous generations, so they’re seeing it everywhere, whether it’s their mom or a teacher who only shows positive reinforcement to the child who’s considered pretty and thin.

Q: How do you treat anorexia in children?

A: Family therapy is very much the gold standard for restrictive eating in teens and children. Because of the developmental stage that they’re at, the parents still have responsibility their children’s overall well-being, and parents have a role as a figure of authority, of security, and as a provider in the child’s life. Having the support of family is one of the strongest predictors of a healthy resolution of problems like this, and that is even truer for teens and children.

Q: What about prevention?

A: Parents should build self confidence and self esteem based on real things, to help them develop appropriate problem-solving skills, and allow them to make mistakes and support them in their disappointments. I think that often we try to protect our children from being unhappy, and we don’t allow them to find their feet, to say “Yeah, that really hurt, but I’ve moved on, I’m okay.” If you’re concerned, you need to have conversations with your child, ask them: you look unhappy, what’s happening? I’ve noticed that you don’t have the same energy that you used to have, can you tell me how you’re feeling. And if you’re worried about an eating disorder, learn as much about them and the dangers of dieting for children as possible.