Last weekend, three tough women and I took part in one of Oxfam Canada's “toughest team challenges” (according to its website) to help raise money and awareness for people living in poverty in developing countries — we attempted to hike 100 kilometres (62 miles) in under 48 hours. 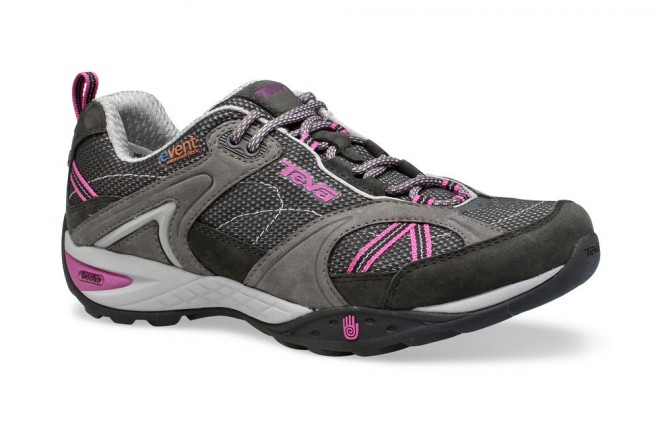 Last weekend, three tough women and I took part in one of Oxfam Canada’s “toughest team challenges” (according to its website) to help raise money and awareness for people living in poverty in developing countries — we attempted to hike 100 kilometres (62 miles) in under 48 hours. The course was strenuous, but it was nowhere near as difficult as the daily struggles faced by thousands in need across the globe.

Oxfam Trailwalker originally began in 1981 as a military exercise for the Gurkha Signals Regiment, a unit in the British Army. It was developed to test the endurance of the Queen’s Gurhkas, and also to hone their team-building skills. In 1986, the challenge evolved into a sporting event for charity, and since then over 65,000 people have attempted to walk the epic walk across trails in Australia, Belgium, Canada, England, France, Germany, Hong Kong, India, Japan, the Netherlands and Spain. In teams of four, competitors commit to raise $2500 for Oxfam and to finish the course together in 48 hours or less.

My group had a simple, ambitious strategy: walk, and continue walking, with minimal breaks. We hoped to finish in 28 hours, leaving us a day and half to recover and recount our great achievement before returning to our office desks on Monday.

The event took place on one of the hottest weekends of this summer. We started at Snow Valley Ski Resort near Barrie, along the Ganaraska Trail System. We set our sights on the City of Orillia, and no amount of blisters, encounters with nature (read: poison ivy), or painful knee joints could stop us.

It was a wonderful challenge, and one I recommend — as long as you train properly. This is not just an extended walk in the park. Trailwalker is a physically demanding course with vertical sand hills, deep rocky ravines, log crossings (suspended above rivers that make you feel like a high-beam gymnast), and other unique obstacles, like scaling barbed wire and crouching crablike through dark and damp tunnels. We walked through jungle-like territories, across long stretches of sand, and through farmland where corn — and possibly wild garlic — grew. Ontario’s motto — “Yours to discover” — felt apt. Who knew this province had such varied terrain?

After the first 25km, we felt like champs. We were a quarter of the way in and we thought: this course is tough, but we’re tougher. We faced very high and humid temperatures, but we marched on, at a quick pace.

Eight kilometres, and many steps later, one of our team members suffered blisters so big she had to decide if she could continue. It was midnight. This was a difficult choice for a woman with a competitive spirit. While she decided what to do, I changed into a pair of Teva Sky Lake eVent trail-running shoes that a PR rep had kindly sent over for our challenge.

These shoes felt refreshingly light after wearing my runners for 15 hours. What sets Sky Lake apart from other trail-running shoes is the lightweight, waterproof shell. My feet felt dry — which was incredible given the high level of humidity, even at night. The shoe offered fantastic stability and a glove-like fit that felt unique to my foot. We stomped over rocks and stumbled on roots in the dark, but the flexible sole absorbed much of the shock from the hidden elements. I’ve tested a few trail-running shoes, and I liked the fit and feel and this pair a lot.

At the halfway point, our band of four became three, and we marched off into the night. It was pitch black, and we had only the small light from our headlamps to guide us. We hiked another 25 kilometres. The darkness was a welcome relief because we could no longer see the extent of the challenges ahead of us. I remember climbing up dirt hills that seemed to extend upward for miles. Our feet were howling, but our adrenaline was pumping. Night hiking under a starry sky is energizing and very, very cool. In losing your sense of sight, you gain heightened hearing abilities, and all the sounds of the outdoors form a beautiful woodland symphony. It’s a wonderful experience.

Around 4am, we reached checkpoint six. We briefly refueled and steadied ourselves for the next 13.9km. We felt like an odd mixture of trail weary and trail ready.

Throughout this challenge, you feel a whole range of different emotions on each 10- to 13-kilometre section. We surged into the opening stretch and continued strongly for the first hour and a half. Doubt began to creep in, just slightly — but we’d start talking again and feel revitalized. Our pace quickened as we charged forward. The possibility of achieving something we’d never done before seemed so great. We reached the next checkpoint with equal amounts of relief and throbbing pain. We rested for a moment. Drank fresh water. And got ready for the emotional roller coaster once more.

An unusual outlook overcame me during this challenge: Logic took a backseat to the prospect of crossing the finish line. I chanted some old-school cheerleading chants to my fellow teammates and ignored the incredible pain in my knees. A few more hours of discomfort seemed well worth the lifetime of glory. I know that wasn’t the point of this challenge, but like most endurance events, a slightly inflated ego comes with the territory. It’s amazing to see how far you can push yourself and what you can achieve when the odds seem great.

It’s also amazing how quickly things can go from being okay to quite the opposite when you ignore how you really feel. We hiked over 80km in 26 hours. We could have finished, but alas, the trail got the best of us. Poison ivy struck a teammate, and my knees simply refused to cooperate.

Later that weekend, I took a taxi to the hospital, out of concern about inflammation in my joints. On the way there, I talked to the cab driver about the hike. He wondered why anyone would elect to take on such a challenge. As he explained, when he was 15 years old, he fled Ethiopia for Sudan, walking countless miles over a nine-day period where he felt truly terrified for his life. Organizations like Oxfam are important, he said, as long as the funds make into the right hands. This can be challenging in areas where corruption is rife, he said.

I would encourage you to check out Oxfam Canada’s website, and see how you can help. This is an important organization with a beautiful mission. We hiked with one of the directors for a portion of the course, and he explained how one woman, who was brutally abused as a child, has worked to create safe houses for girls and women. This is a just one small action that has made a difference.

Oxfam Trailwalker has raised more than $60 million internationally. The organization says that the money has gone to over 100 partner organizations that take hands-on approaches in Africa, North and South America and Asia to tackle poverty, injustice and inequality — and to make sure that money and aid go directly where needed.

Our team didn’t finish the challenge, but I suppose this is why it’s often said that the journey is more important than the destination. I hiked with three strong and beautiful women for a great cause. We pushed ourselves to the limit. Ganaraska Trail, I’ll be back. Next time, with adequate knee braces.