Can you balance ambition and family and still be happy?

In a recent article in the Wall Street Journal - When Ambitions and Reality Collide - writer Rachel Emma Silverman describes the many accommodations she has made in her career to spend more time with her family: 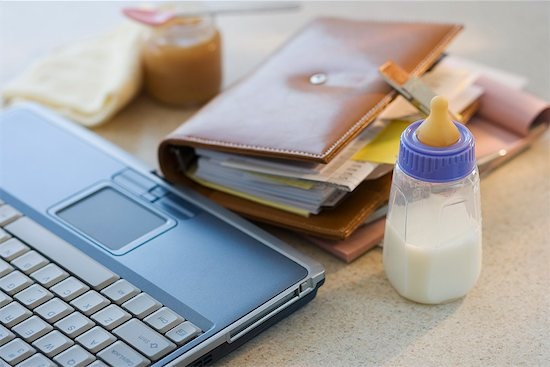 In a recent article in the Wall Street Journal – When Ambitions and Reality Collide – writer Rachel Emma Silverman describes the many accommodations she has made in her career to spend more time with her family: she moved to a lower profile beat at her paper, moved from New York to Austin, and (more recently) started working part time. While she says that she’s generally happier and less stressed, she’s also paid less and has largely disqualified herself from significant career mobility.

One of the toughest parts for Silverman has been scaling back her ambition: ” I can’t fit in all that I want to do professionally into the hours I’ve allotted for work during the day,” she says. “Sometimes when I see other colleagues producing terrific stories (especially about things I used to cover) I feel some twinges of jealousy, longing and guilt. Right now, I’m trying to figure out, emotionally and logistically, whether changing my relatively comfortable schedule — not to mention forgoing quality time with my kids –is worth it to realize my career ambitions.”

I’ve noticed that in the last few years, my brunch conversations have been changing. In a short period of time my friends and I have gone from an almost obsessive fascination with the behaviour of boys to an almost obsessive fascination with our careers. Where we might have previously delved into the minutae of a recent encounter with an ex-boyfriend before our jackets were even off, we now routinely update each other on what’s happening with work – late nights, pats on the back, trips abroad, perceived gender discrimination – before we even remember that there are other things to discuss.

And so, loving our work and working so hard, it’s difficult for many women I know to conceive of conceiving – for making room in an otherwise busy life for a little bundle that’s completely dependent. And it’s not even about needing to work for the money – which is obviously essential for most women – but about needing to work for the sense of independence and purpose.  It’s about loving what you do, and your ambition, and not wanting to feel like you have to give it up in order to have a functional family life. Several of my best girlfriends have had to acknowledge that they couldn’t do the job they have now – in their late 20s and early 30s – if they had a baby, let alone a role with even greater demands, pressure and responsibility. One of my good friends, a lawyer who has been happily married for several years, is blunt about her options: making a baby or making partner.

I know that work doesn’t make everyone happy, but I also don’t think a woman should have to give up a career she loves because that’s the only way she can feel like a responsible parent. We’re constantly reminded of the old “work to live, not live to work” adage, but deriving a true sense of satisfaction and purpose from your work is a wonderful, often underrated thing. I often wonder how happier women would be, collectively, if they weren’t expected to choose between optimum success in the workplace and satisfaction at home – or if they weren’t made to feel like ambition is the first choice of only the lonely and childless.