How a traumatic event made this man appreciate the ordinary

James Lasdun tells us how being stalked by a former student has changed his perception of normal and made him appreciate the quiet moments in life. 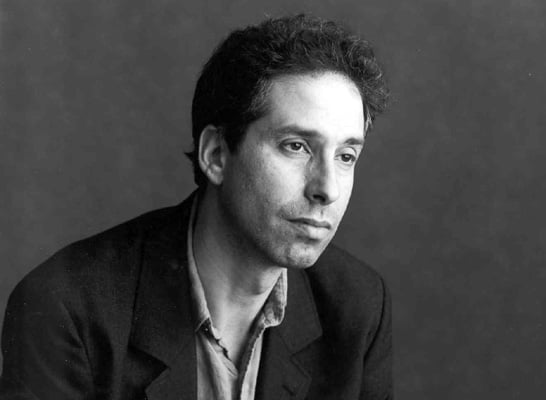 James Lasdun, author of Give Me Everything You Have

Writer James Lasdun was a happily married father when he struck up a correspondence with a promising former creative writing student, “Nasreen.” The emails, once mildly flirtatious and professionally curious, became dark, threatening, malicious and unsettling in frequency — and Lasdun found himself the target of an intense cyberstalking campaign that threatened his reputation and even the physical safety of his family. Nasreen accused Lasdun of plagiarism and became intent on ruining him. In a new book, Give Me Everything You Have, Lasdun explores their relationship and how it went so wrong. And here, he explains how the experience of being detested has forever changed his life.

Q: When Nasreen’s emails turned hostile, how did your day-to-day experience change?
A: Initially, I was just shocked. Over time, it came to completely occupy my thoughts and I found it difficult to think of anything else. She was so industrious, and as soon as she had exhausted one line of attack, she would start with another. Not being able to think about other things became a sort of pain; I was completely captive to her campaign.

Q: Was this your first experience being detested?
A: Well, one never knows. But this is the only person who has made herself known to me.

Q: Ultimately, this spite was hurled at you at arm’s length. What was so wearing about Nasreen’s attack?
A: She was posting things online, and she was sending things to people connected to me — that was the part that I found most frightening. She was leveraging my relationships with other people. It wasn’t just emails landing in my inbox. I didn’t know how to deal with that, someone trying to defame you on a large scale. I went to the police, the FBI and talked to lawyers. She was making physical threats — against me and my family. That’s something that changes the conditions of your life.

Q: Did Nasreen’s accusations ever make you question yourself? Did you ever start to believe any of the things she said?
A: No. I knew that none of it was true. But I spent a lot of time thinking about what, about me, triggered these accusations. I tried to explore the degree to which I was implicated in the situation. For example, she accused me of plagiarism and became obsessed with a particular story of mine. I spent a lot of time looking at that story and how it was composed and examining whether she played any role in its composition.

Q: From what I understand, you’re still being harassed. How have you learned to live with something like this?
A: She moved on from email to phone harassment, and the last time I heard from her was in August when she left a series of violently threatening messages. Among the things she said was that this was never going to stop. So that’s my assumption. But I’m not sure I have learned to live with it. I wish I didn’t have to. I have other things to attend to and they serve as a distraction. But I’ve very aware that there’s someone out there who has violent designs on me and my family.

Q: Has being stalked changed your definition of contentedness? Has it changed the way you look at your life?
A: I think it has. I think I’ve been through a big crisis – though I’m not suffering through it the way I was. But as anyone who has been pushed to their limits knows, you become darkened by it. Even if the situation was completely resolved, I think it would still leave a mark. It’s caused me to question my judgment of people.

Q: Has living with this uncertainty and malice left any positive legacy?
A: It’s made me really grateful for ordinariness, the odd moments where nothing terrible is happening. One of the things I tried to do in the book was a lengthy passage on a train, where I just enjoy meeting people who have nothing to do with all of this.