The happiness of being able to speak your mind

Our happiness writer Sarah reflects on freedom of speech -- from her hotel room in China. 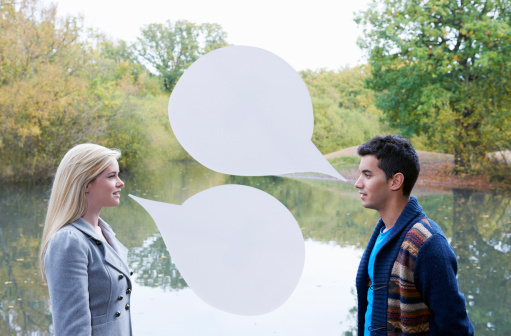 I’ve been in China for the last week on an Intrepid food tour. It’s been a whirlwind trip: visiting the Forbidden City and eating bullfrog in Beijing; riding bikes atop the ancient walls of Xi’an; seeing the adorable panda cubs of Chengdu; and, now, taking in the luxe historic and futuristic fusion of Shanghai.

I’ve been to China before, and I’m always amazed at how much I crave the highly-predictable comforts of home when I’m here. I am not ashamed to admit that my eyes light up at a Starbucks sign, and the one meal I had at McDonald’s was supremely familiar and delicious. The country is beautiful and infuriating, and there’s such a sense of difference that I find myself gravitating towards the predictable in between bites of steamed dumplings. But the thing that has frustrated me most since I arrived is a comfort I rarely give any thought to: the ability to say and do as I please.

Since I arrived, I’ve heard Tiananmen Square referred to as “the site of a peaceful protest” and the devastating 2008 Sichuan province earthquake fatalistically referred to as “a problem of nature,” rather than a problem with corruption that led to shoddily constructed buildings that collapsed as soon as the tremors started. I would challenge these statements, except that China is a place where people aren’t free to express a dissenting opinion. Before I left Toronto, I heard a story about a Chinese musician who was interviewed on Canadian television, and the dissident Chinese artist Ai Weiwei came up. After the interview, the musician called the producers and begged them to remove his comments about Ai Weiwei, because he insisted that if he was caught expressing any empathy for a dissident, the Chinese government would ruin his life.

I have spent the entire time here, marvelous and fascinating as it is, lightly homesick for an environment where I don’t have to limit my curiosity for fear of implicating someone, and where I don’t have to smile politely when people parrot propaganda. It’s not unusual to miss the comfortable trappings of home when you’re on the road. I often miss my boyfriend, snuggling with the dog, being able to just graze in front of an open fridge door. Nothing beats your own bed. But this is the first time I’ve realized that a big part of what makes me happy is being able to open my big mouth to express whatever I like, being able to read whatever I want without having certain websites blocked by government censors, and being able to have an open, honest conversation with friends and strangers alike.

I don’t raise this issue to wave any kind of nationalistic Canadian flag — after all, we now live in a Canada where government scientists are prohibited from speaking to the media lest they reveal something that conflicts with federal policy. I just mean that spending some time in China has reminded me of how important it is to protect the democratic values that are fundamental to the kind of society we want to live in — and just how much that matters when it comes to being happy.