Moo-phoria, Ben & Jerry's Light Ice Cream Is Here. How Does It Taste? 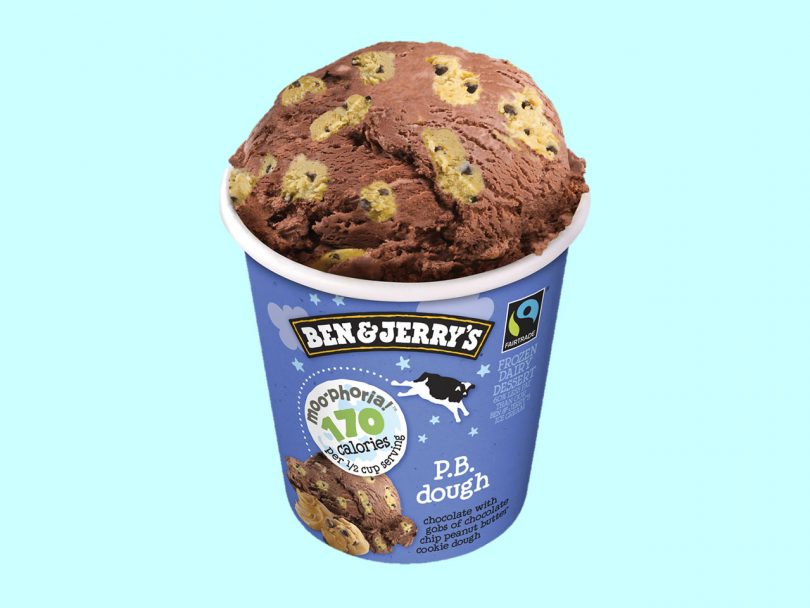 Ben & Jerry’s is embracing the light ice cream trend with Moo-phoria, which launched in Canada on March 4. Over the past few years, beautifully designed pints of Halo Top, CoolWay and Breyer Delights have dominated the freezer section—they promise decadence with fewer calories, less fat and less sugar than your typical scoop. But they also lack that irresistible ice cream mouthfeel and oftentimes, flavour.

That’s why I was cautiously optimistic about the Ben & Jerry’s lighter line. While the new flavours have less fat and fewer calories than your typical B&J scoop, they’re still supposed to be heavy on chunks and swirls. Unlike other low-cal frozen desserts, Ben & Jerry’s doesn’t use sugar alcohols or artificial sugar substitutes. Instead, the Moo-phoria pints are made with less cream and more water and skim milk, than Ben & Jerry’s original flavours. This means they’re higher in fat and calories than other alt-ice creams, so I was hopeful these would be yummier, too. Could the lighter version of one of my favourite supermarket pints hold-up when compared to the original?  I picked up my spoon to find out. 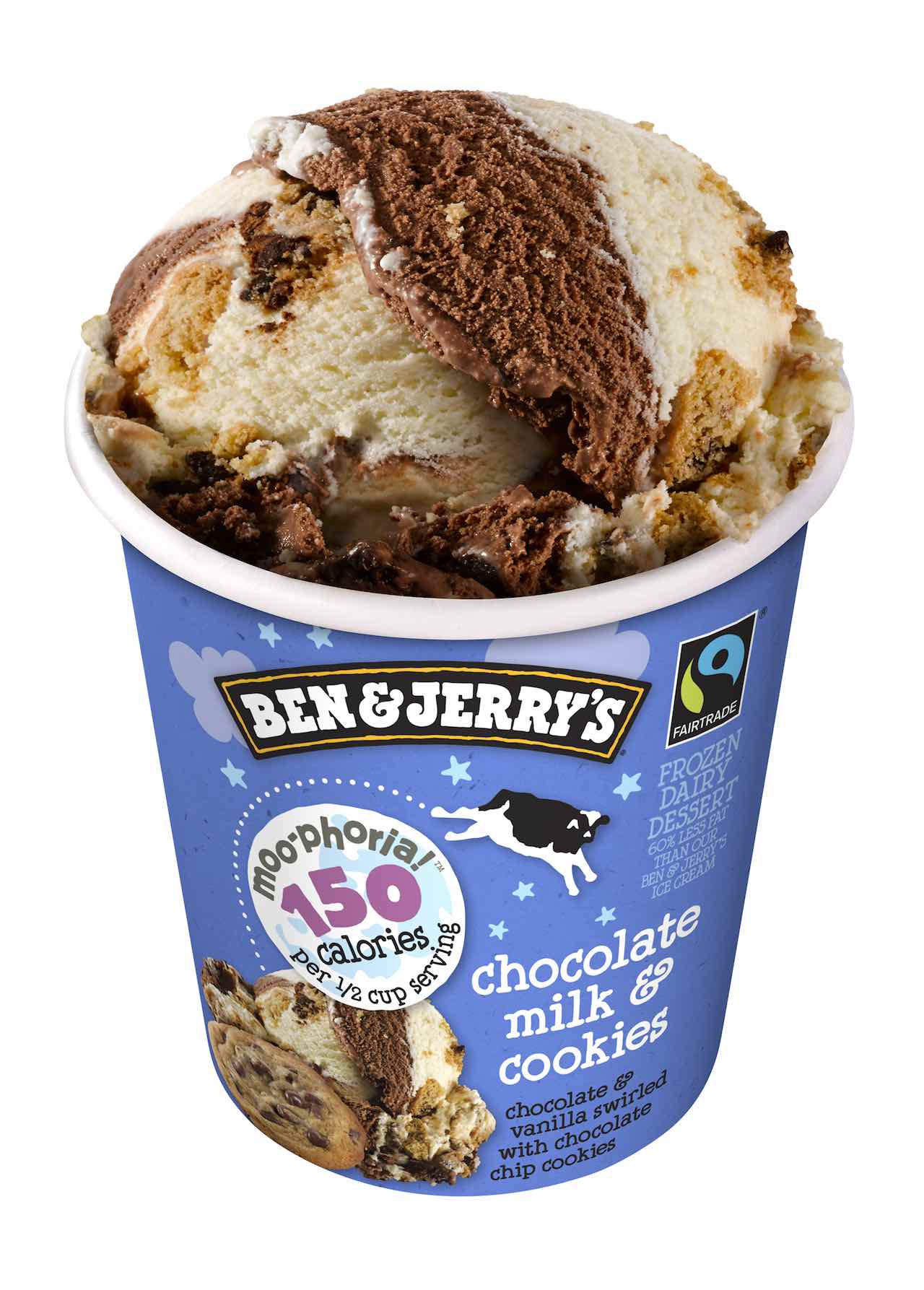 At first glance, this chocolate-and-vanilla flavour looked nearly identical to my beloved Half Baked (arguably, one of the best ice cream flavours, ever). And thankfully, it tasted kind of like it too! Sure, it was missing the brownie batter chunks, but overall, it had that over-the-top richness I associate with Ben & Jerry’s. 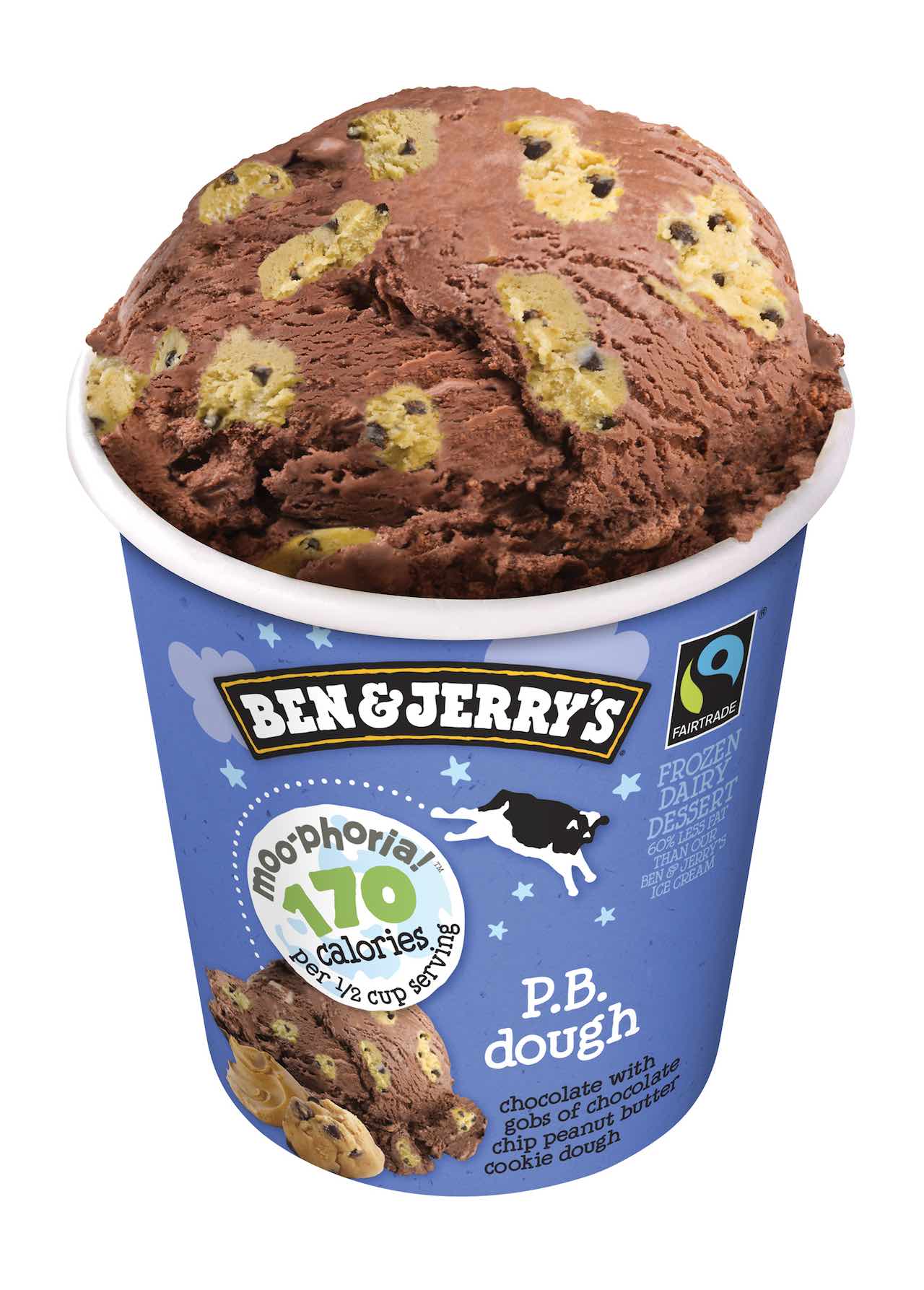 How can you go wrong with a combo of chocolate ice cream and chocolate chip peanut butter cookie dough? Hint: you can’t. Chocolate lovers (who don’t have a peanut allergy) will probably be tempted to polish off an entire cookie-dough infused pint. This flavour would also be delicious sandwiched between two peanut butter cookies. Yes, you can still have fun with light ice cream. 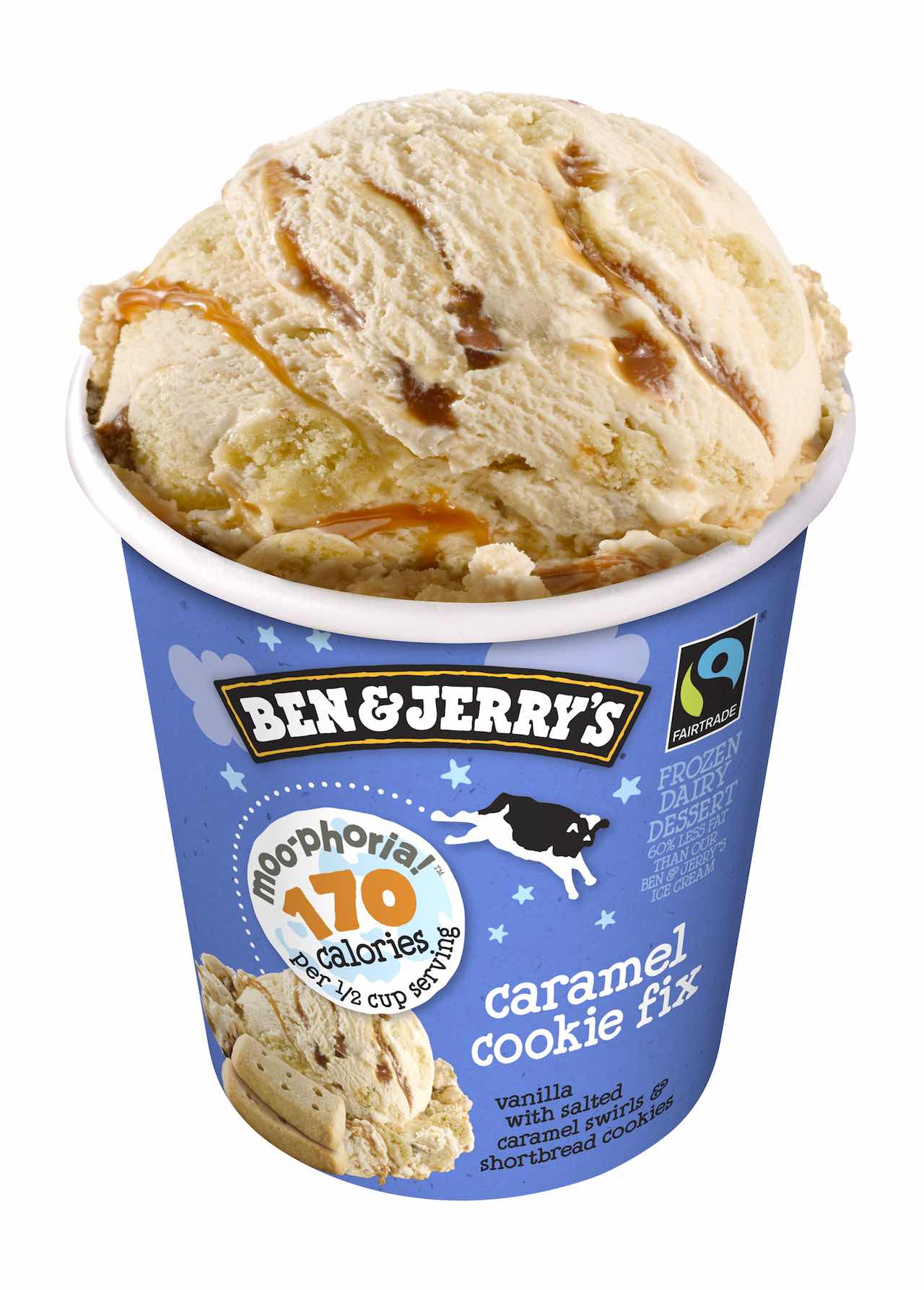 I was hoping for shortbread ice cream but instead, I got disappointment. This flavour just didn’t do it for me. Sure, it didn’t have any chocolate (which I’m OK with from time to time), but even the caramel swirls couldn’t mask that weird artificial tang, which made this flavour scream: Frozen Dairy Dessert (legally, you can’t call light ice cream ice cream).  Simply put, this flavour tasted the most like a low-cal product, so when standing in the freezer aisle, I wouldn’t reach for it again.