This year's answer to the Cronut: $6 slices of toast topped with salted caramel milk jam and pudina cream cheese.

By Heather MacMullin Updated May 5, 2016 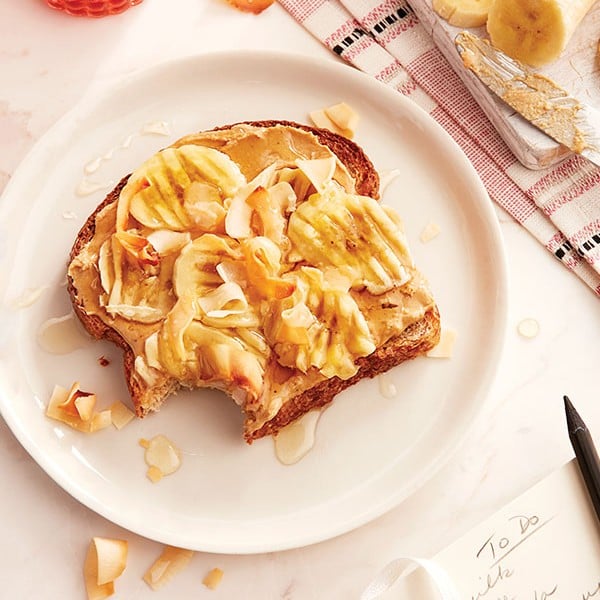 Sorry, eggs. Toast struck out on its own. No longer a mere sidekick to your morning scramble anymore, toast has gone fancy.

Artisanal toast is basically your morning whole-wheat, but bigger, better and louder. Think thick-cut multi-grain breads topped with premium spreads such as organic almond or homemade chocolate-hazelnut butters, cashew cream cheese and preserves, or whipped ricotta with tomatoes and pesto.

The trend has been making waves in the U.S. for a few years, largely thanks to San Francisco hotspots like The Mill, where faithful crowds head for their famed $4 toast daily.

But next-level toast is making like the Cronut and heading north. Toast menus can be found in cafés scattered across Vancouver, Montreal’s Buck15 Espresso Bar serves slices overflowing with decadent toppings, and plenty of Toronto restaurants are in on the game — offering up everything from small sharing plates to meal-sized portions. And, starting May 7, Toronto will also be home to a toast pop-up, the aptly named TOAST (it will run for four weekends in the Distillery District). TOAST’s $6 toasts will feature custom breads from local bakeries and toppings such as salted caramel milk jam, birthday cake batter spread, huevos diablos, pudina cream cheese and green goddess goat cheese.

But if it takes more than a fancy slice of bread to make you part with $6, simply add a few upgrades to grainy bakery bread at home. Try banana-coconut toast — our favourite new breakfast slice.

More:
15 power breakfasts to supercharge your morning
Boom! That’s the sound of Trudeau’s honeymoon bubble bursting
The battle between Uber and taxis is about … women?