And they taste better than the imported ones, too. 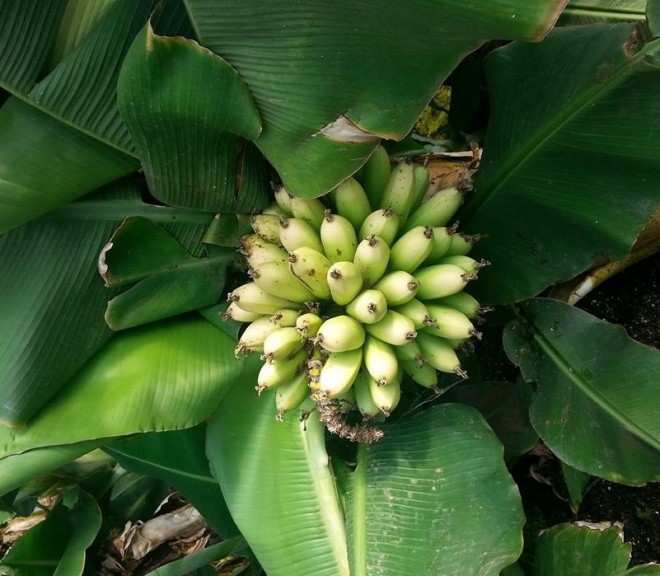 Believe it or not, there is a jungle in Southern Ontario, where pineapples, papayas, guavas and even bananas grow, and can be picked fresh all year round.

It’s called Canada Banana Farms, and it’s run by Terry Brake and Laurie Macpherson, who believe their homegrown fruits are so much tastier than the ones we buy from the supermarket. Their farm maintains rainforest-like conditions favourable enough to grow these tropical fruits here in Canada — right through our crazy winters.

Located in Blyth, Ontario, Canada Banana Farms grows the fruit in hoop houses, a greenhouse made of long sheets of polyethylene stretched over a frame. Heated by burning wood, the humidity inside the houses reaches 85 to 90 percent. “It just feels like you’re in the tropics,” Brake told CTV last week.

So why bother producing homegrown bananas when they’re readily available in grocery stores? Brake claims that the bananas sold in stores are typically brought in from Costa Rica, and picked at least one to two months prior to being sold. His bananas, on the other hand, are picked within a day of going to market. “So it’s fresh, it’s creamy, it’s sweeter,” he says, adding this also makes his fruit more nutritious. (Nutrient-loss begins right after fruits and vegetables are picked, so the longer they take to get into your kitchen, the less nutrients they’ll have.)

Where can I buy them?

Brake’s banana can be purchased direct from the farm all year round (four for $2), along with the farm’s other produce. Products are also available at local farmers’ markets in Goderich and Exeter from May until October, and from a few small stores in Sarnia and St. Thomas. Don’t worry, an expansion is in the works. Brake plans to build at least 50 to 100 hoop houses over the next year, and is already in talks with small organic stores in Toronto, Kitchener and Windsor that are interested in selling his fruit. (He even hinted at interest from a big chain supermarket.)

While Canadian-produced tropical fruit may not turn the Canadian produce market on its head just yet, Brake is hopeful his business inspires others across the country, and that this brand of fruit farming might soon thrive in other provinces.

More:
The world’s favourite fruit is facing extinction
10 foods that shouldn’t go in the refrigerator
Mushrooms may be the new sugar alternative