The chef, recipe developer and former MasterChef Canada contestant on the past, present and future of inuksiutit—Inuit food and cuisine. 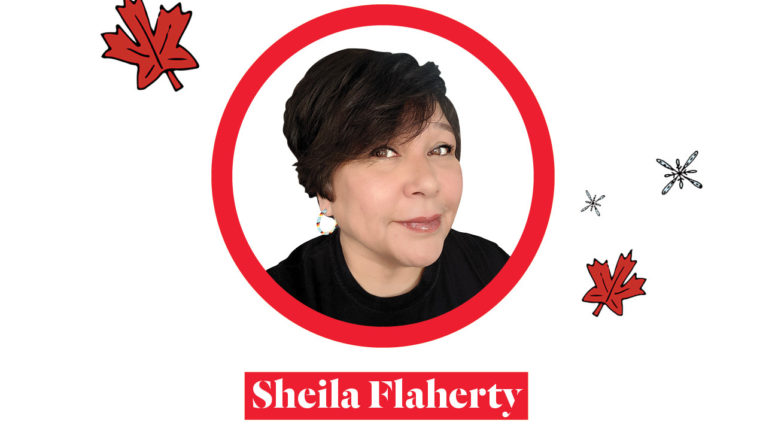 As a girl, Inuk chef Sheila Flaherty longed for cloudberries, the fiery amber fruit native to northern Canada, which her mother described in delicious detail. But the family lived in Ottawa, so Flaherty got creative. “I didn’t get a chance to pick them as a girl,” she says, “but I remember walking to school with my sister. We’d pick wild raspberries and sprinkle sugar on top.” They would mash the mix on toast, and pretend it was the berries they dreamed of.

These days, Flaherty gets her fill of real aqpiit, as cloudberries are also called, every late summer when they’re in season in Nunavut, where she’s lived for 10 years. She eats them as a cheesecake topping, a gelato flavouring, or as is, relishing their peachy, raspberry flavour. So much is available to her fresh where she lives: tuktuviniq (caribou), ammuumajuq (arctic surf clams), and iqaluk, or arctic char, which she fishes every year from the same remote spot a trek away from her home. “The darker the meat, the tastier it will be,” she says. “You don’t want it to look like pink.”

3 of 4 Arctic berries that we harvested this year. (cranberries are ready in September) My favourite hands down, aqpik ᐊᖅᐱᒃ. paurngaq ᐸᐅᕐᖓᖅ. kigutangirnaq ᑭᒍᑕᖏᕐᓇᖅ. If any of you are berry pickers yourselves, the blueberries especially were so abundant this year, maybe because we had a hot dry summer. At times, I almost cried leaving berry picking. Once you start in an abundant area, it gets so addictive. We had a good harvest of aqpik too. If anyone were to ask me, where do you find them? As any good berry picker would say, my response would be, "somewhere, out there" 😂 #arctic #inuitfood #inuit #berries #berrypicking

Flaherty has established herself as a leader in inuksiutit (Inuit food and cuisine). She’s competed on MasterChef Canada, cooked for the visiting royal family and designed menus for Ottawa’s A Taste of the Arctic festival. She also recently founded Sijjakkut, an organization to promote Inuit culture through tasting menus.

“It’s important that in today’s Canada, we’re seeing people like myself creating fusion-type dishes,” she says. Fusion may not be a popular word in haute cuisine circles these days, but in Flaherty’s context it’s meaningful. When she makes Italian-style meatballs with caribou, or ceviche with Arctic char, she’s showcasing her heritage and hopefully dispelling a few myths while she’s at it.

From maaktaq (whale skin and fat) to seal meat, traditional Inuit foods are nutrient-dense, sustainably harvested and a big part of food sovereignty. “I see other Inuit on Twitter getting attacked by non-Inuit, who say that [seals] are endangered, that it’s bad for wildlife,” she says. Canada needs to learn the truth: that wild foods are how Inuit communities support each other, feed each other and help their cultures thrive.