We Put Popular Plant-Based Burgers To A Taste-Test: Here’s What We Found

Which is best for your summer barbecue? 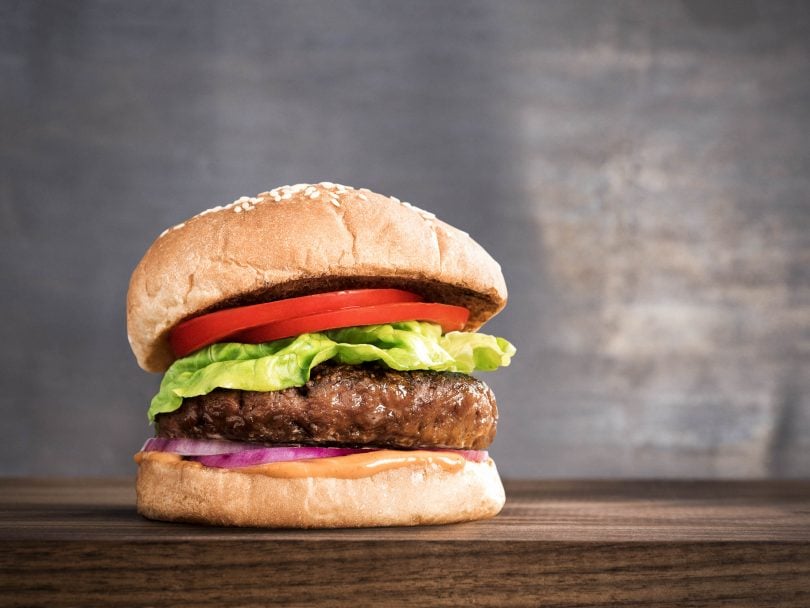 (Photo: Courtesy of Beyond Meat)

With a growing awareness of meat’s toll on the environment, and Canada’s overhauled food guide encouraging more plant-based proteins, plant-based diets are becoming more commonplace—in particular, plant-based burgers and other faux meat products that aim to replicate the look, smell, taste and cooking experience of real meat. (Remember when A&W’s Beyond Meat Burger sold out across Canada just weeks after its launch? That was two years ago, and now there’s even more options available.)

With such a variety of plant-based burgers available in supermarkets (hello BBQ season), we wanted  to find out which one should be on our grills all summer long. To do this, the team at Chatelaine held a blind taste test of three plant-based burger patties.

Here are the results. 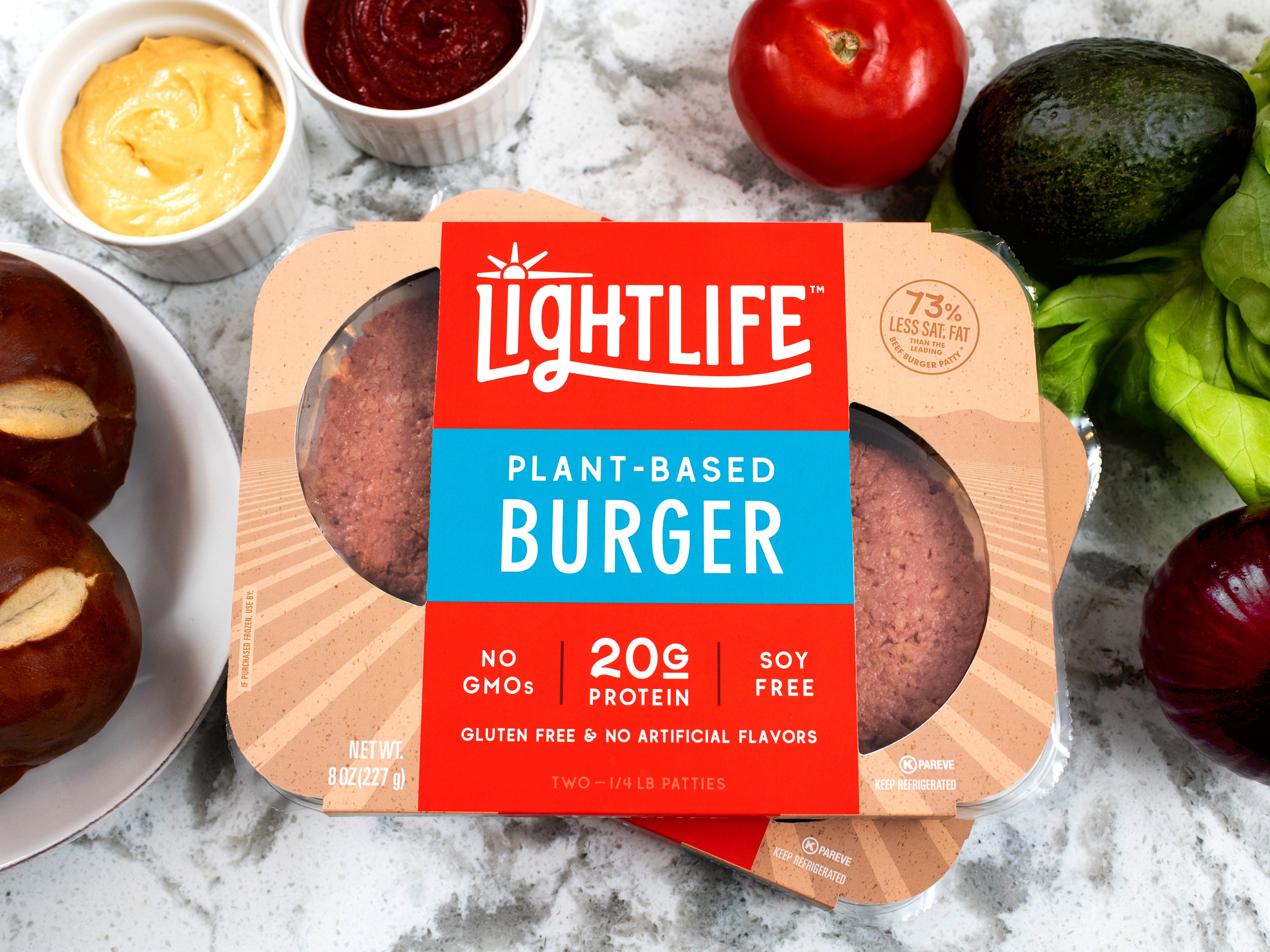 Maple Leaf Food’s plant-based burger is made from pea proteins, and is GMO, soy and gluten-free.
How much does it cost?
$7.99 for two patties.
[contextly_auto_sidebar]
Where can I buy it?
The Great Canadian Superstore and Loblaws. It’s found, curiously enough, in the meat section rather than with tofu and other meat alternatives.
What was the cooking experience like?
This burger contains very visible chunks of coconut oil that, when cooked, melt to simulate fat pockets found in meat patties. This made the burger notably greasy.
What did we think?
This burger got some mixed reviews. Most staffers enjoyed the mildly spicy and somewhat salty patty. Some of us also noted the burger’s dry and slightly chewy texture. One editor commented that the flavour and tougher texture reminded her more of a sausage, which would maybe make the Lightlife patty a good option for a breakfast sandwich.

Like its competitors, it’s made from pea protein and aims to replicate the look and taste of a beef burger without the beef.
How much does it cost?
$10.99 for four patties.
Where can I buy it?
Any store carrying PC products, in the frozen food aisle.
What was the cooking experience like?
Unlike the other two burgers, this one is cooked from frozen. The burger also resembled processed meat—a perfectly circular puck straight off the assembly line. This burger also cooked the slowest of the three, which makes sense considering it cooked from frozen. Despite the longer cook time, however, the Undeniable Burger was still slightly pink when off the grill.
What did we think?
This burger was the least liked of the three—there was quite a bit left over after the taste test, while the other two burgers were all gone. Staffers commented on the patty’s bland, processed taste and texture which reminded one editor of over-mixed meat. It least resembled real meat—some staffers even thought the texture was closer to tofu. However, this burger is the most affordable of the three and would make a decent plant-based substitute at any summer BBQ.

The Beyond Meat Beyond Burger 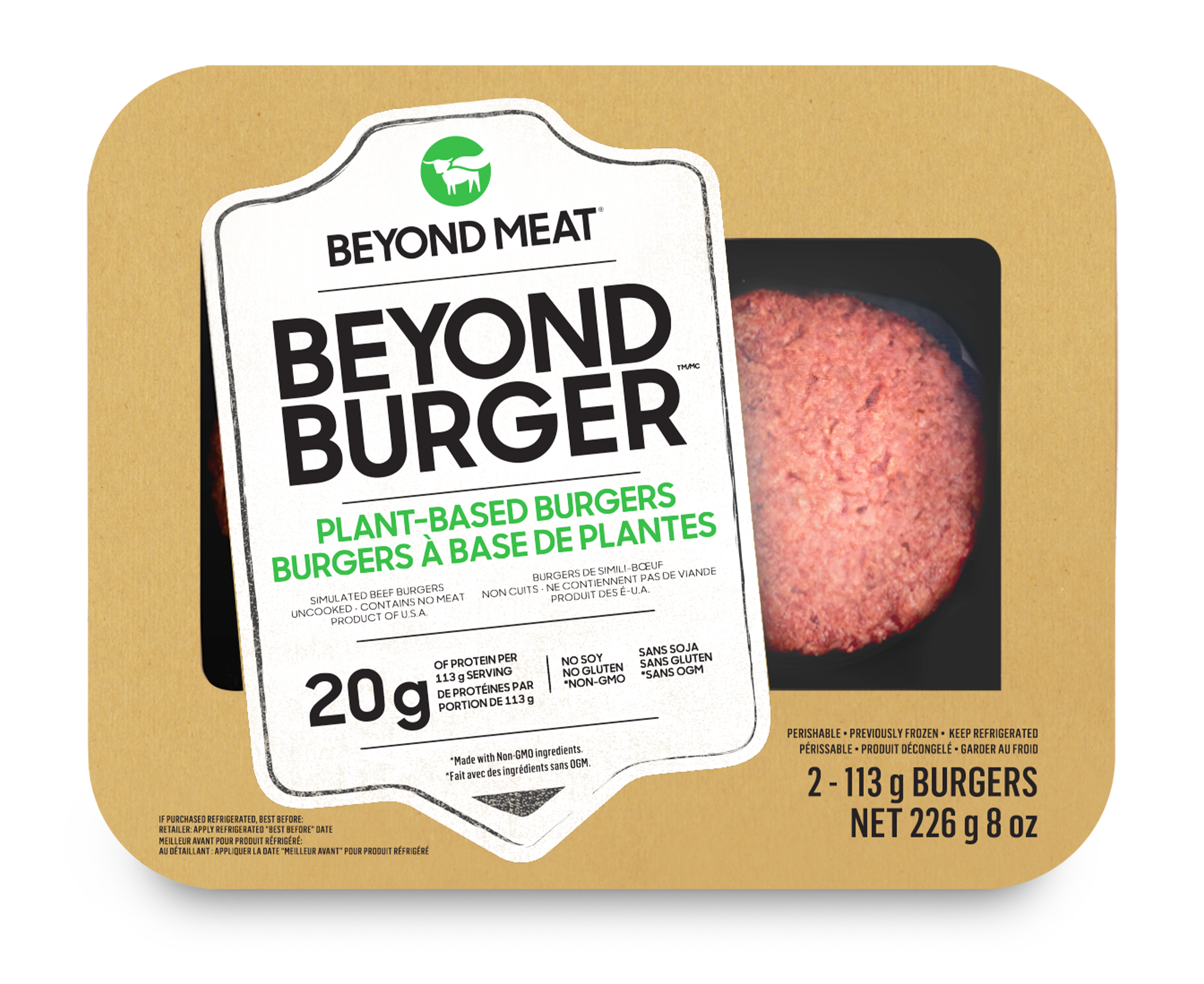 (Photo: Courtesy of Beyond Meat)

Definitely the most well-known of the simulated meat burgers, the Beyond Burger is also carried by fast food chains such as A&W and Tim Horton’s.
How much does it cost?
$7.99 for two patties.
Where can I buy it?
At most major Canadian supermarket chains.
What was the cooking experience like?
The patties only needed to be grilled for four minutes on each side, which is a lot quicker than the other faux meat burgers in this test. The box recommends that the interior of the burger be pink or reddish, even after it reaches its recommended internal temperature. The patties also “bled” as they cooked, much like real meat burgers. (The “bleeding” is simulated by beet juice extract.)
What did we think?
This was the clear favourite. Staffers said that the Beyond Burger had the best texture and mouth-feel, and came closest to the sensation of eating real meat. They also marvelled at how meat-y the patty itself looked, especially since the beet juice coloured the interior a characteristically beefy reddish while the exterior was brown and crispy from the grill.

The Winner: Beyond any doubt, the winner was The Beyond Meat Beyond Burger.