Jaggery is the star ingredient in the sweet dishes that occupy a place of pride in Bengali cuisine—but climate change, over-extraction, and labour exploitation are threatening its future. 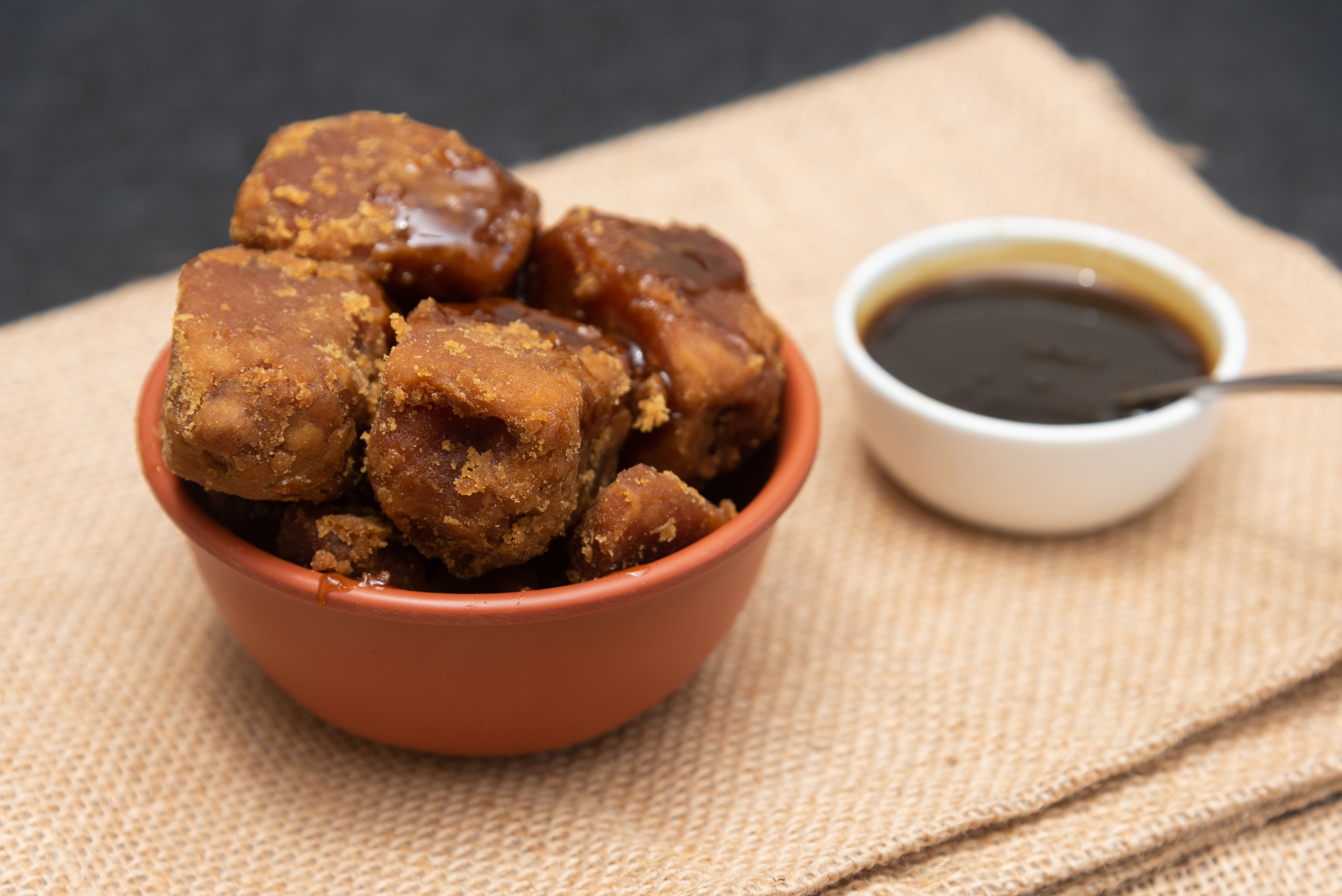 My memories of the winter breaks I spent in Kolkata, India as a child are inextricable from the flavour and aroma of nolen gur, or date palm jaggery. This seasonal delicacy is a staple in all Bengali pantries in that season, and flavours a wide variety of sweets and sweet dishes. Come November, household and commercial kitchens enthusiastically replace refined sugar with the very first batches of nolen gur that begin to circulate in the market around this time. On slow, cozy winter afternoons I’d help my grandmother churn out a range of homemade sweets in the kitchen, the smoky, heady aroma of nolen gur wafting through the house and the familiar delicacies acquiring a redolent golden amber colour and a delicately sweet, woody, caramel-like flavour. My personal favourite was the narkel nadu, a sort of dumpling made out of freshly grated coconut gently sauteed with clarified butter, mixed with the liquid jaggery and finally shaped into little balls after the mixture cools. By the time they were made our palms would end up sticky and slippery, but delightfully fragrant.

For the uninitiated, jaggery is unrefined sugar made from sugarcane juice or the sap of coconut, toddy, sago, or date palm. In Bengal, this natural sweetener is extracted exclusively from the date palm, which secretes a sap in the winter months, typically between November and February. Every evening at sundown, tappers scale these thorny trees, making a small incision on the trunk and placing a clay pot just below it. They return at daybreak to collect the pots, now filled with date palm juice that has oozed in overnight. At this point, it is a clear liquid; sweet but not overpoweringly so.

The process of turning the sap into jaggery has to be completed immediately after the pots are collected. As day temperatures rise, the sap begins to ferment, rendering it unusable. Before the fermentation process sets in, the sap is boiled in large vats over several hours. In the first stage, it reduces to a thicker and slightly sticky syrup-like consistency with a distinctive smoky aroma. This is nolen gur, the most premium version of date palm jaggery, which resembles a rich caramel with a more luxurious mouthfeel, earning it the moniker “liquid gold.” This syrup, when crystallized to a more viscous and granulated texture, is known as jhola gur. Finally, the hot liquid nolen gur can also be poured into moulds and solidified. This is known as patali gur. While nolen gur has a shorter shelf life, both jhola and patali gur can be refrigerated to last between a few weeks to a better part of the year. These various versions of date palm jaggery are collectively known as khejur’er gur, which literally translates into jaggery made from date palm; khejur is the Bengali word for dates.

Perhaps the most popular use of jaggery, in part due to its health benefits relative to sugar, is to sweeten tea and coffee. Baker and cookbook author Alice Medrich incorporates jaggery in her flan with muscovado sauce recipe. She also suggests dusting it on cookies, brownies, and shortbread to add fragrance and flavour and substituting “jaggery for the brown sugar fillings in sticky buns, coffee cakes, babka, and pull-apart bread, as well as the saucy mixture at the bottom of pineapple and other upside down cakes.”

In Bengali cuisine, jaggery is the star ingredient in the sweet dishes that occupy a place of pride in the region’s culinary repertoire. One of its simplest but most delectable uses is in payesh, or rice pudding. A specific variety of fragrant short-grained rice known as gobindobhog (literally, food for the gods) is slowly boiled with milk and whole spices such as bay leaves and cardamon, and sweetened with the liquid or solidified jaggery instead of sugar. An iconic sweet called Joynagarer moa is an elevated form of a popped-rice ball made from a special aromatic rice called kanakchur, and held together with nolen gur, thickened milk, and clarified butter, and topped with raisins and cashews. One version of the cottage cheese sweet called sandesh—which comes in a plethora of shapes, sizes, and preparation techniques—has a core filled with the gooey nolen gur and is synonymous with winter for most Bengalis. Nolen gur is also used to sweeten ice cream and yogurt, giving these a pale coral hue and a caramelized flavour. It is essential in a range of homemade fried, boiled, steamed, or crepe-like sweetmeats, collectively known as pithe puli, made with varying combinations of rice flour, sweet potatoes, and grated coconut. The version that I keep returning to is the ranga alur puli pithe, which is nothing but fried sweet potato dumplings stuffed with a coconut filling and immersed in a nolen gur syrup.

For all its varied uses, it is difficult to tell when it became popular in the region. There is very little mention of date palm jaggery in the early recorded history of Bengali cuisine, though there are references to it in oral histories, documented in folk songs and poems. This omission from recorded archives is an extension of the marginalization that Shiulis, artisans traditionally engaged in the collection and processing of jaggery, face socially, economically, and culturally. Shiulis belong to historically oppressed castes, Indigenous groups, and Muslim communities who to date have limited access to material resources and education.

Shiulis are landless agricultural labourers who do not own the trees themselves and must pay the owners to collect the sap before processing it and selling it to dealers or to sweet shops directly. The work is excruciating and precarious. Each tapper will likely collect sap from 100 date palms in one season, climbing the tall thorny trees with no protective gear. Their incomes are seasonal, limited to the winter months, and paltry. At the height of the season, each tapper earns about Rs 500 (a little over$8) a day.

While demand has soared in recent years—with enhanced preservation techniques, nolen gur is now processed and packaged into tubes and exported worldwide—production has been dwindling. Rising temperatures due to climate change has shortened the tapping season. A combination of environmental factors and over-extraction has meant that the secretion of date palm sap has halved over the previous decade. Recurring floods and the aftermath of Cyclone Amphan in 2020 has made the soil inhospitable for new saplings. These problems are further exacerbated by rampant felling of date palms due to the pressures of urbanization.

There is reason for hope, though. Some landowners, who allow tappers to collect sap from trees on their land in return for a portion of the yield, are refusing to let the date palms on their land be cut down. Local nonprofits are working with the community to fashion alternative livelihoods. One such organization is the Development Research Communication and Services Centre (DRCSC), which has been working with small farmers in West Bengal to promote sustainable agriculture since 2012 and trains villages to make candies, palmyra syrup, sugar, barfi (Indian sweets) and other items, besides solid and liquid jaggery, to supplement their incomes. 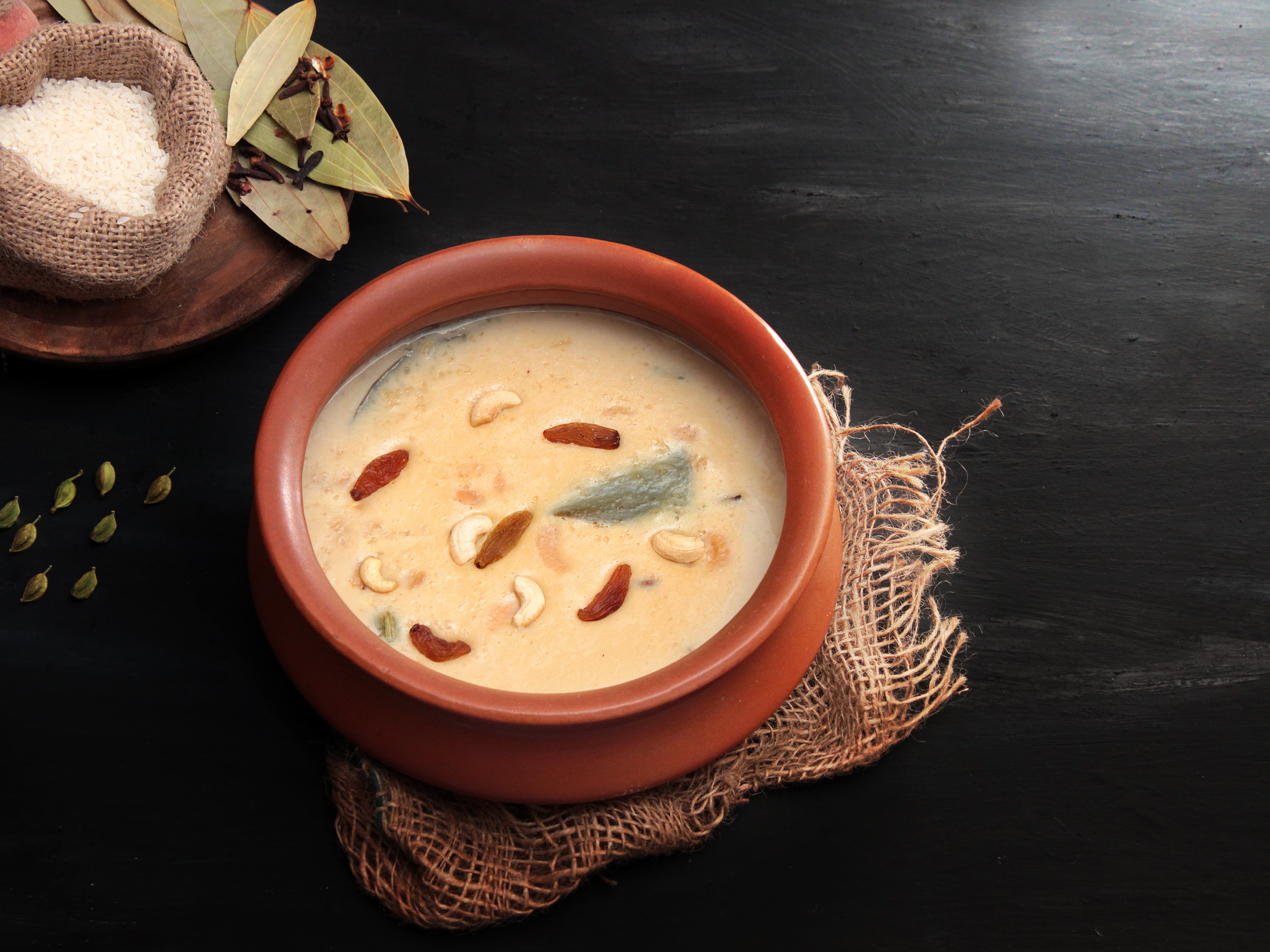 The DRCSC has tie-ups with processing units that supply jaggery which it then sells in Bengal and other parts of the country. However, the nonprofit has no control over how much of the proceeds end up in the hands of the labourers. Another government-funded organization, Biswa Bangla, supports small traditional artisans through strategic marketing of heritage products, including but not limited to date palm jaggery. It has recently also started international shipping to expand the market for these products. However, environmentalists have raised concerns about the plastic tubes it uses to export nolen gur abroad.

Ultimately, these isolated attempts can only go so far in an industry plagued by labour, livelihood and environmental concerns. Unless there is a sustained government-sponsored effort to conserve date palms, support the artisans who persevere in their traditional livelihood despite an uncertain future, and offer support and monitoring at various stages of the supply chain, the delights of this “liquid gold” and an intrinsic part of Bengali cuisine may soon be lost to us.