"With Vegetarian Cooking, You Need to Add Things Rather Than Think About What You’re Taking Out"

The Evergreen Kitchen creator’s new book shows how better vegetarian cooking can be a lesson in better cooking overall. 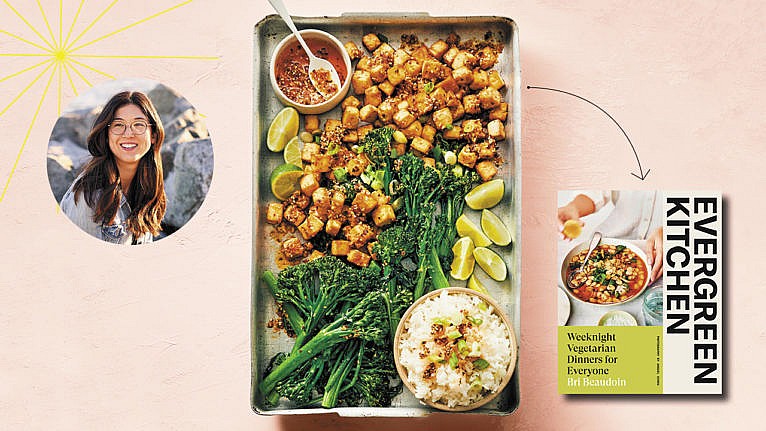 Photography by Anguel Dimov; Published by Penguin Canada, an imprint of Penguin Random House LLC. Reproduced by arrangement with the publisher. All rights reserved.

Growing up, Vancouver-based food writer Bri Beaudoin ate plenty of tofu. “My mom is Chinese and was born in Hong Kong,” she says. “Tofu was a very normal ingredient and used all the time; [my grandparents] didn’t have money to buy meat or other protein.”

This never meant that her childhood meals lacked texture, flavour or the occasional meat-based dish—though she ended up going vegetarian in her mid-20s. Beaudoin began documenting her cooking at home and for friends and family on Evergreen Kitchen, a blog that has since become a popular recipe source online and, as of this month, the title of her first cookbook of 110 weeknight-friendly recipes.

Those early forays into meatless dining—and seeing how tofu was employed in mainstream Western vegetarian recipes—suggested that it was often treated as a replacement for meat rather than a unique ingredient in and of itself. “When you’re cooking with meat, the protein you’re using has a lot of umami, fat and salt; that can be a fast way to add flavour to a dish,” she says. “With vegetarian cooking, my first thought was, ‘I’ll just make the same dish without meat,’ but I learned that to make it flavourful and non-compromising, you need to add things rather than think about what you’re taking out.”

This is especially true of pantry staples. Standbys such as tamari, soy, parmesan and miso do a lot of delicious, quick flavour-lifting in Evergreen Kitchen, giving dishes such as a meatless miso ragu and weeknight vegetarian ramen richness and heft that don’t rely on an abundance of salt, extended hours of stewing or litres of heavy cream.

One recipe that exemplifies this is her firecracker tofu, which oven-bakes cubes of tofu before they’re seasoned. Doing so removes much of the water content, giving it a crisper texture and allowing it to soak up more chili-garlic flavour. “A lot of people invest time in marinating it straight out of the package,” says Beaudoin. “My preference is to bake or pan-fry first, then season it.” It’s this switch—in method and in mindset—that makes all the difference. 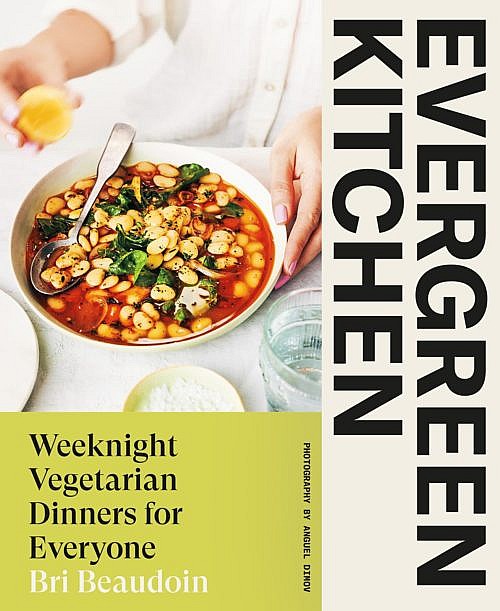 “Some of my favourite food memories are of being at my Grandma Popo’s house. She’d pour sizzling hot oil over bowls of rice—the crackling sounds and intoxicating smell of oil, flavoured with whatever she was into that day, always worked its magic. This recipe uses the heat of the oven to steep the oil with plenty of garlic and red pepper flakes, while the tofu and broccolini bake alongside.” Get Bri Beaudoin’s Fireracker Tofu and Broccolini recipe.