Heartwarming father-daughter films that will inspire you to thank dad. 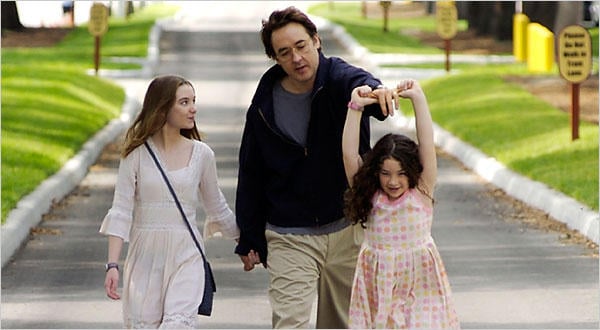 This comedy about a father dealing with the financial and emotional cost of giving his little girl away at the altar is a dad-daughter classic. If you’re looking for more laughs, go with the 1991 remake – Martin Short’s wedding planner provides genuine comedy. If dad prefers to reminisce about days gone by, Spencer Tracy’s stoic exasperation will bring back the days when men wore hats and women wore gloves. Bonus: Elizabeth Taylor is still one of the most beautiful women ever to appear on screen.

This updated retelling of My Friend Flicka, the children’s classic novel, stars country star Tim McGraw. Young Katy attempts to tame a wild horse in order to prove to her ranch-owning father that she can one day take over the family business. Good family movie with strong performances for dads and daughters who love the outdoors. Bonus: McGraw sings a song on the soundtrack called “My Little Girl.”

Tissues are necessary when watching this drama about a father who must tell his two young daughters that their mother has died while serving in Iraq. Unable to cope, he takes them on a road trip to a destination of their choice – a theme park – and struggles to find a way to explain. Cusack gives a wonderfully moving performance, and the two young actresses playing his daughters hold their own in such emotional roles.

Whether or not you believe the hype surrounding this Oscar-winning story of a wise-cracking 16-year old mommy-to-be, you can’t help but be moved by the relationship Juno MacGruff has with her father, Mac. His unwavering support and unconditional love for his pregnant little girl will make you want to thank your own dad for surviving your teenage years. Bonus: The soundtrack is like a lesson in indie music and chances are, you and your dad will both enjoy it.

Everyone knows the Darcy/Elizabeth relationship is the soul of Jane Austen’s popular romance, but the true heart in the 2005 remake is the relationship Lizzie has with her doting father. Donald Sutherland’s Mr. Bennett is wry, warm and accepting of all his daughters, from silly, boy-crazy Lydia and Kitty to quiet Mary. The scene where Lizzie tells her father that she does indeed love Darcy and he responds with an incredulous “You really do love him!” with tears welling up his eyes, well, if that doesn’t have you running to the phone to call dad, you’ll at least be shedding a tear of your own.