I Relaxed My Hair For 14 Years. Here’s Why I Stopped

Now, my natural hair has become a huge part of who I am. 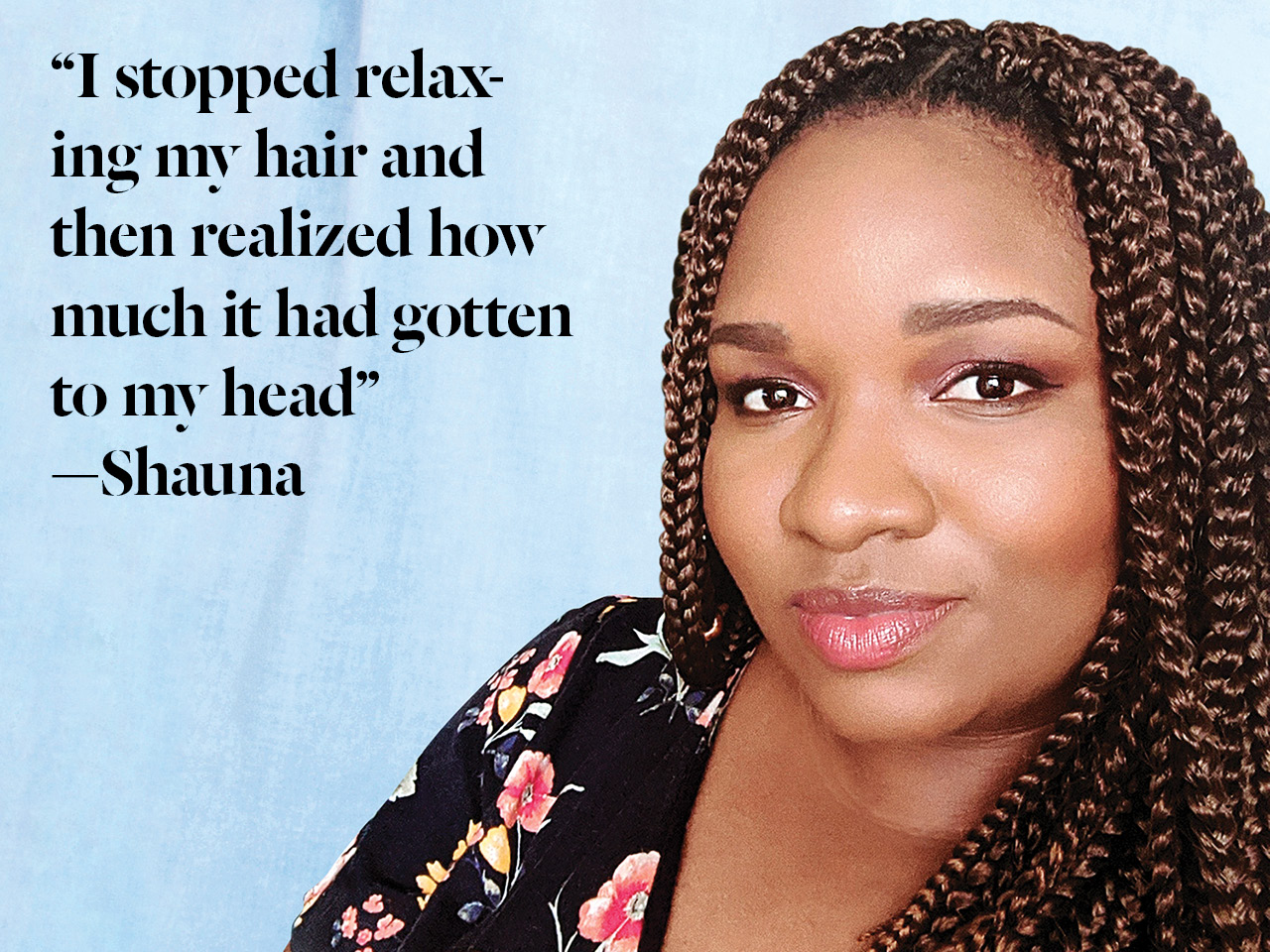 The decision to start relaxing my hair when I turned 12 felt like a normal rite of passage. My mom worked really hard and my dad was in the army, so they were busy. Washing my natural hair was this big process. This was before we knew about pre-pooing (lathering with moisturizing and detangling products before shampooing) or the correct way to detangle, so getting my hair done hurt every single time. It felt like an all-day process: washing, greasing and styling, usually in braids or Bantu knots. That said, I did look forward to the ritual. I loved having “neat” hair. Plus, it was time that I got to spend with my mom.

Overall, relaxing my hair made the styling process so much easier, and it was also just something that every Black girl my age seemed to want. I went to an all-girls high school in Jamaica and braids and extensions were not allowed, so most girls had their hair relaxed.

The process, however, wasn’t great. The chemicals in the relaxer smelled bad and burned my scalp, and it took a long time: I was at the salon for at least two hours every other month. Eventually, it became too much to keep up. My hair was thinning and breaking, and I had scalp damage. I started to love playing with the little kinks and curls as the relaxer would grow out, so I began stretching the gap between applications. Then, eventually, I thought, “I like my natural hair. Why not?” After relaxing my hair for 14 years, I stopped six years ago.

I’ve always been okay with short hair, so it wasn’t that big of a deal for me to cut off all of my chemically processed hair (referred to as the “big chop”) to transition to natural hair. Some women choose to grow their natural hair out for a while before they cut off their relaxed ends, but I just did it. The first time my friends saw me, they thought I was having a breakdown! Then they realized I was okay and they loved my hair. It seemed to start a chain reaction—my friends (and, eventually, my mom) started going natural, too.

Even though I Ioved my natural hair, at first I had anxiety about not getting jobs or not being taken seriously with it. There were times when I felt like I had to make my hair less “ethnic”—even though I’m a dark-skinned Black woman—due to preconceived notions. I was concerned that box braids, an Afro or another big, curly style would be distracting in job interviews, so I would wear straight wigs and force my hair into “neat” buns. I also did not like sticking out at work, so to avoid the stares and awkward questions that would come from colleagues—stuff like, “How do you get it to be curly?” and, “Can I touch it?”—I would sometimes wear wigs there, too. But now, my natural hair has become a huge part of who I am. I love it, and I honestly look and feel better with my kinky coils. I’ve just decided that bringing my whole self into the room is important for my mental health.