Not to be outdone by Sophie, Justin Trudeau slays in Canadian fashion

Grégoire Trudeau’s wardrobe gets all the attention. Until now.

Sophie Grégoire Trudeau has spoken publicly about using her platform to promote Canadian fashion. This has made her the ultimate catch for Canadian designers looking to promote their goods (and has sparked a review of the guidelines around gifts and borrowed items).

Here she is during a trip to Washington wearing a dress from Lucian Matis. 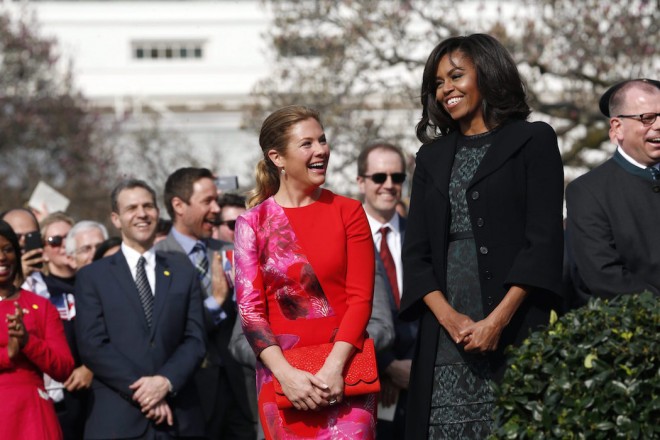 And in a suit from Montreal designer Marie Saint Pierre during an official visit to Japan. 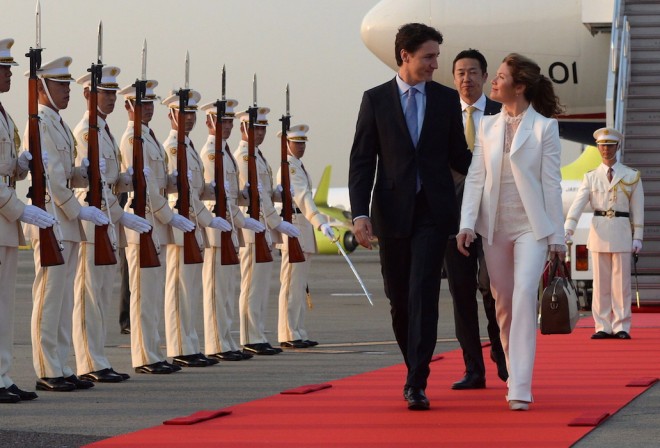 But last week, the prime minister proved being styled in Canadian fashion is an equal-opportunity sport. “Our main man Justin Trudeau had heads turning at the 2016 Calgary Stampede by sporting Fidelity Denim,” read a press release yesterday from the B.C.-based brand’s PR firm. “Ever doubted denim as a power look?” According to Fidelity’s publicist, go-to Trudeau stylist Jessica Mulroney reached out in advance of the Stampede to purchase a pair of jeans and a denim jacket on his behalf. Here are the finished looks: 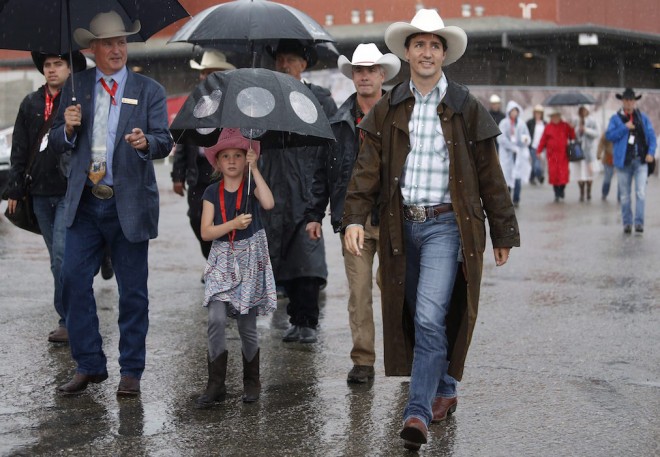 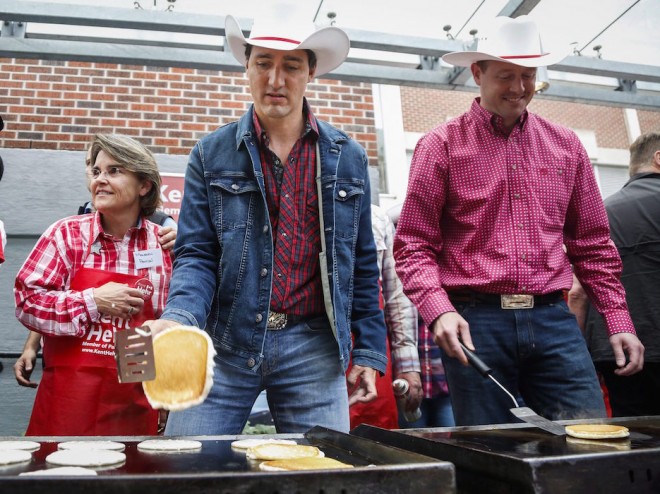 Earlier in July, Trudeau made a bold attempt to win the title of Most Stylish and Patriotic Trudeau when he posted a photo to Instagram of this snazzy sock-and-shoe combo with the caption, “Canada Day essentials.” 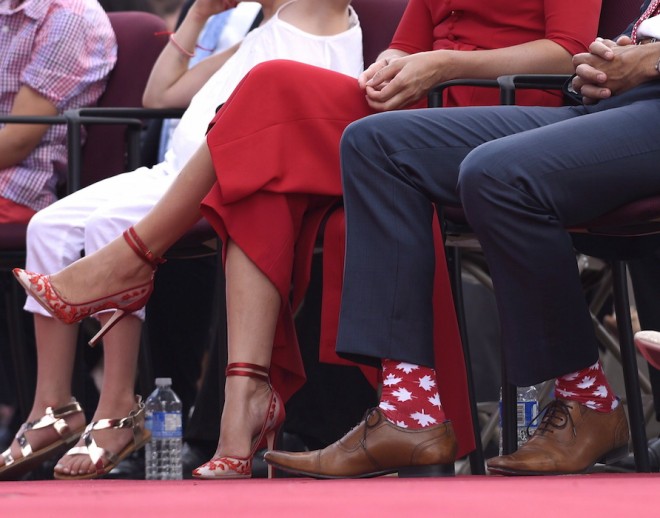 More:
Sophie Grégoire Trudeau on life in the global spotlight
Hillary Clinton has turned the U.S. election into a showdown over gender
The world’s best chocolate comes from … Canada?!