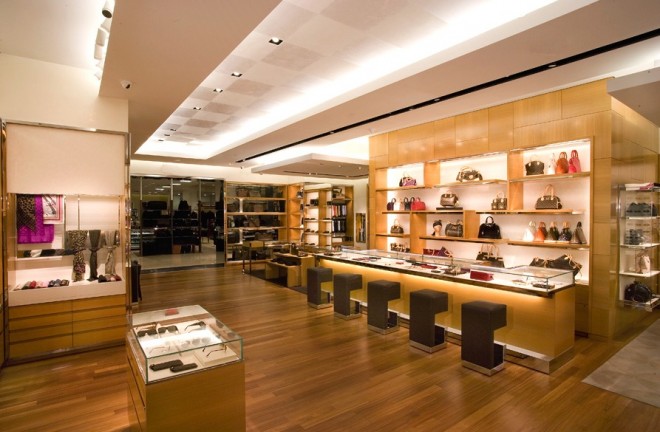 Calgarians are getting lucky lately. With the new Hermes and Louis Vuitton expanding their Calgary locales, these lucky Albertans will have an array of items to spruce up their cowboy hats and boots. (Hey, I’ve only been there during stampede, what can I say.) Either way, these luxury brands have felt the urge to go West. On October 7th, at the Holt Renfrew location on 8th Avenue SW, the Louis Vuitton store will double in size. Not too shabby eh? So now you can either browse the men and women’s shoes and check out all of their luxe leather as well as accessories like jewellery and sunglasses.

The Louis Vuitton Bag Bar in Calgary’s Holt Renfrew. And get this ‘ the store will debut a Louis Vuitton bag bar, the first of its kind in Canada. The other Vuitton locations at Holt’s include Bloor Street and Yorkdale Shopping Centre in Toronto, Dunsmuir Street in Vancouver and at Manulife Place in Edmonton. And if Louis doesn’t do it for you, Hermes no doubt will. Their new 130-square-metre store at 510-8th Avenue S.W. in Holt Renfrew was designed by the RDAI, the Parisian interior architecture agency, (so it’s obviously fancy because it’s French) and it has all of their silks, leathers and jewellery, as well as ready-to-wear. It’s the fourth location in Canada including Vancouver, Montreal and Toronto… And if you haven’t checked out their amazing leather bracelets you must. I cannot justify spending the money quite yet but someday!