Man Repeller's fashion blogger on her style and her new book

Leandra Medine gained notoriety for her unfetching, yet fashion forward, clothing choices that she determined were decidedly man repelling. 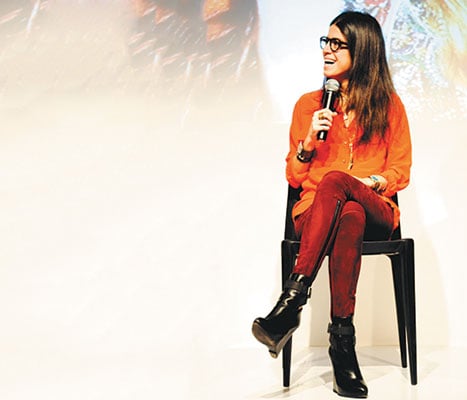 In the world of fashion blogs, Leandra Medine is the It girl. Her eccentric, (un)fetching clothing choices, quick wit and quirky style pull in over two million hits a month to Manrepeller.com and have launched the 24-year-old into sartorial stardom. Now, in her first book, Medine explores her own coming-of-age story through a series of funny, awkward and sweet fashion inspired essays.

Note: If you’re wondering what a Man Repeller is, Medine’s site sums it up nicely: “outfitting oneself in a sartorially offensive mode that may result in repelling members of the opposite sex. Such garments include but are not limited to harem pants, boyfriend jeans, overalls (see: human repelling), shoulder pads, full length jumpsuits, jewelry that resembles violent weaponry and clogs.”

On blogs vs. books:

“I’ve grown so accustomed to the satisfaction of knowing immediately after I’ve finished writing something for the blog whether or not it’s going to resonate with the readership. Whereas I poured eight months of work into writing the book and, well, the jury’s still out. There’s more pressure. I liken it to fashion: It’s sort of the difference between buying a Chanel purse and a super-trendy clutch. It’s investing in something you’re going to want to wear [or read] for years to come.”

“It’s really not as much about the clothes as it is about the girl who’s wearing the clothes. When people ask me about it I say, ‘Remember the last time you felt really great. Put that back on.’ More often than not a person finds it was about their mood at the time. And then I say, ‘See! It’s about you, it’s not about the clothes.’ ”

“I’m constantly evolving and trying new things. Lately I’ve been more casual and simple than ever before. I’m not sure if that’s because it’s too much if I dress how people expect me to dress. Or if it’s because I’m getting older and growing up and becoming more confident and comfortable with myself, and so I’m okay not having to project these different personas using clothing.”

“Everything is always going to get negative attention. There’s nothing you can do but consider where the negativity is coming from. If it’s coming from a genuine constructive place, then try to take it in and act on it. If it’s not, try and ignore it.” 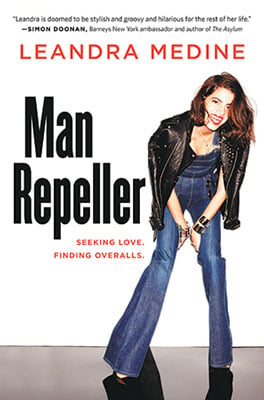 Catch Leandra on October 17 at 5 p.m. at Holt Renfrew’s Toronto Bloor Street location for a Q&A and book signing!