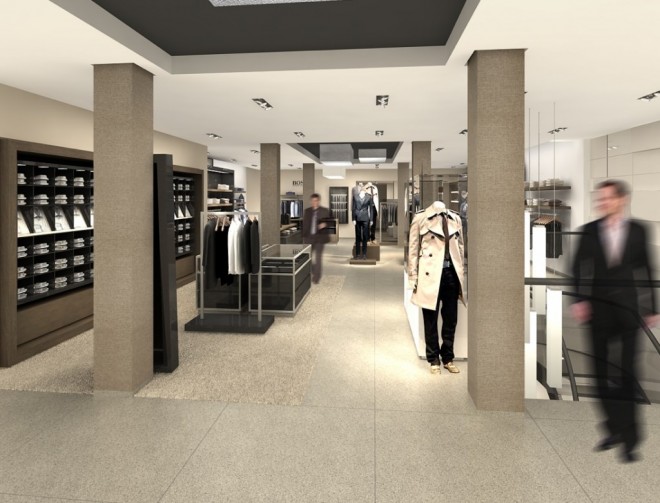 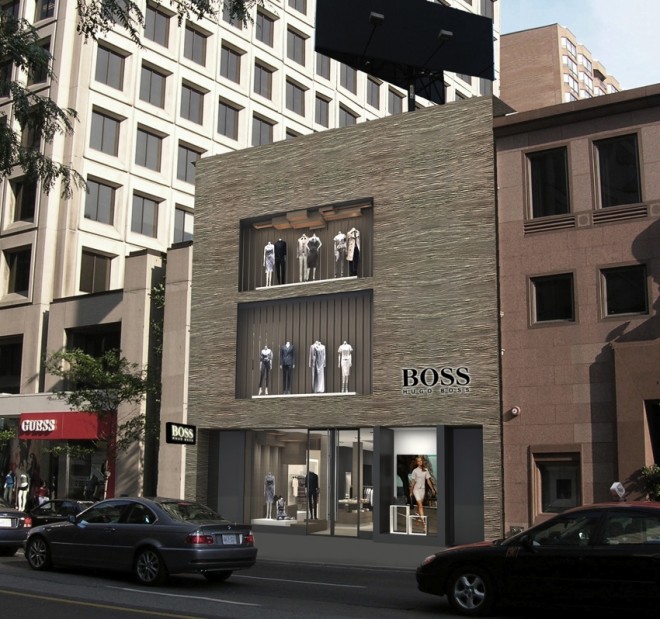 Hugo Boss has officially opened its first Canadian flagship. Located at 83 Bloor Street West, the store front has a unique textile look that was designed by an architectural team at the Hugo headquarters in Germany. The three-storey retail location is also 12,000 square feet so you have lots of space to peruse.

The store will have Boss Black and Boss Selection for both men and women.

The store opening also celebrated the 7th anniversary of the Boss Black line of womenswear in Canada. Check it out on Bloor now to get your Boss fix. And if you’re looking for some other workwear, the American classic Brooks Brothers has opened their first Canadian outpost in the Royal Bank tower, at Bay and Wellington. Head down to pick up some crisp button downs and country club-esque blazers. You’ll be promoted in no time. – Kate Daley