4 hairstylists on why they made their prices gender-neutral

"You just need to get with the times." 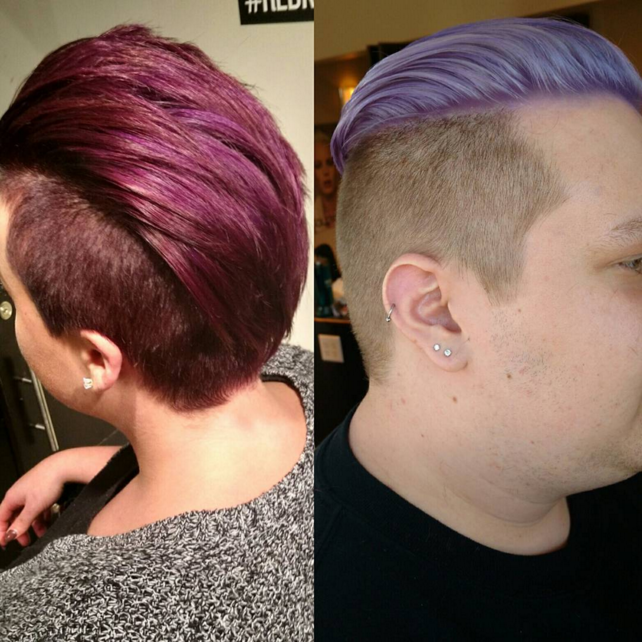 Pens, wine, drycleaning, laxatives — plenty of products and services are painted pastel and marked up “for her.” This archaic, binary model of price-splitting has historically been called the “pink tax” to emphasize the fact that women are often unfairly docked more cash for the same stuff as men. (Just to give you a particularly egregious example, a study released in late April by ParseHub found that women pay a 43 percent markup on toiletries alone.)

In Denmark and some American states, charging women more for haircuts in particular has already been outlawed as discriminatory, but in Canada, it’s still very common practice. This week, however, Kara’s Urban Day Spa broke from the pack: The Halifax salon became the most recent in a small handful of Canadian salons to adopt gender-neutral pricing, basing your final bill on what’s on your head, not what’s in your pants. Here, the salon’s artistic director, Kevyn Martell — and three more Canadian salon owners and stylists — explain why they made their service menus gender-blind.

“The price differences probably started in the ’70s, when barbershops were combining with salons. Owners were trying to bring men into the salon, offering them $4 for a barber haircut. I have never felt right about working on a man and a woman next to each other when one is paying $20 more than the other [for the same haircut]. I would think, ‘Why is she paying more than him?’ So we adjusted our menu to [reflect] hair length and the time for service, so there’s a price for a short men’s haircut (or pixie), for hair above the shoulders and hair below them. It’s in the name of fairness.”
— Kevyn Martell, Artistic Director, Kara’s Urban Day Spa in Halifax

“Both myself and [owner] Steve [Jiu] have always found it very unfair that a man with hair down his back will pay $35, whereas a woman will pay $55 to $65. Also, not everyone is binary — some prefer to identify as people, rather than as a he or a she, and neither of us think it’s fair to lump everyone into a category. [Still], there’s been a lot of confusion. Sometimes people will stare at our menus and say, ‘What is my hair type? What would a cut cost?’ But a lot of people think it’s cool. We don’t care what our competitors are doing, and we don’t want to cater to clientele who are judgmental and will be upset if a trans person is in our chairs. We want to promote equality.”
— Leah Kerekes, General Manager, Juju Hair Lounge in Vancouver

“Changing our prices had been on our minds for a while, and we eventually did it in February of 2016. [The price difference] is just old school, [but] it takes time remove ourselves from the past and what we’ve done before. To salon owners, I’d say your bottom line will stay the same. We have a lot more people coming in just because they’re supporting our changes, whether they have short or long hair. You just need to get with the times.”
— Jennifer Storey, Owner, Adara Hair and Body Studio in Edmonton

“My business partner and I are both queer, and we made a pricing change after receiving an email from a queer client expressing disappointment. When you start a business, you’re just hoping and praying it works, and then someone calls you out. We stepped back and said, ‘She’s completely right.’ We wanted the pricing to be fluid, not about hair length and not about sex. So we put the news on Facebook, and it went nuts — even CTV called us, which was amazing. The beauty industry, though geared towards women, is still run by older men. And it’s funny, we’ll get men who come in to book a barber cut and they’ll say, ‘What?’ They’re so conditioned to get the cheaper price. But a barber or a pixie starts at $50, a cropped cut that’s longer, near the ears, starts at $60 and anything from mid-to-long starts at $70. Now that gender is off the table, we’re making less money, but for us, it’s the right thing to do.”
— Kristin Rankin, Co-Owner, Fuss Hair Studio in Toronto