The creative director of Vogue and ex-model talks frankly to Chatelaine about Anna Wintour, her love of cats and distaste for plastic surgery. 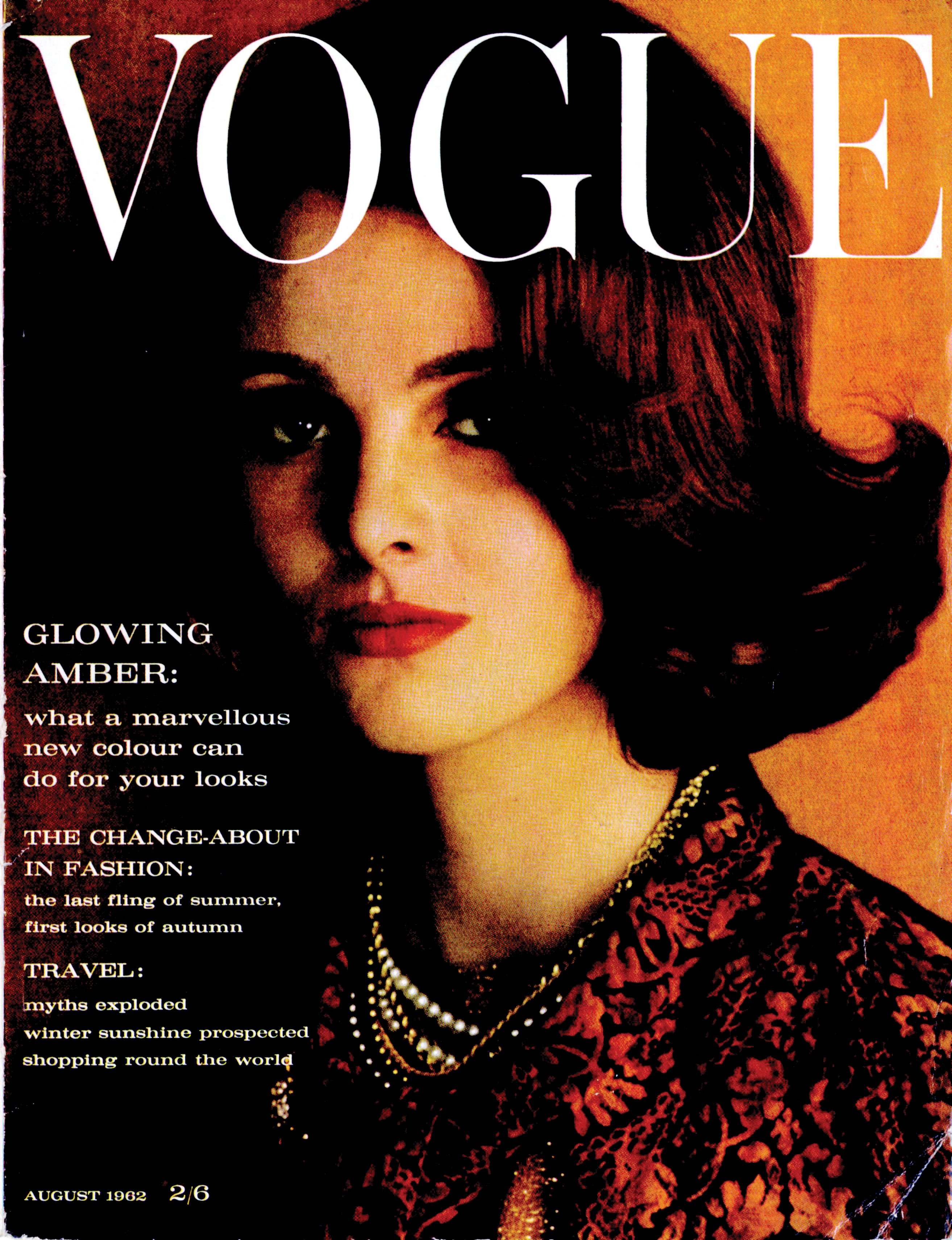 Cover girl: Grace makes it into Vogue, long before she ever worked there.

Grace Coddington burst onto the household scene with the 2009 documentary The September Issue. In it, the red-haired creative director served as the fiery, opinionated foil to cool, sunglasses-clad editor Anna Wintour. By all accounts, Grace stole the show. And yet if she hadn’t followed her beau to New York City in the ’80s, she might never have joined Anna at the helm of fashion powerhouse American Vogue. Now 71, she has released her memoir, Grace, detailing an extraordinary life, from her early days on the catwalk to the decades she spent working with the world’s most influential designers and so much more. We went straight to the source and got the inside scoop.

On living the dream

“The same things excite me now that excited me from day 1. The unexpectedness of fashion. That I can be doing something I love and earn money at it. That I can travel. My favourite aspect of my job and work is taking photographs, I just love photographs. Even after almost 50 years, it’s endlessly fun. It’s a marriage of all things that fascinate me.” 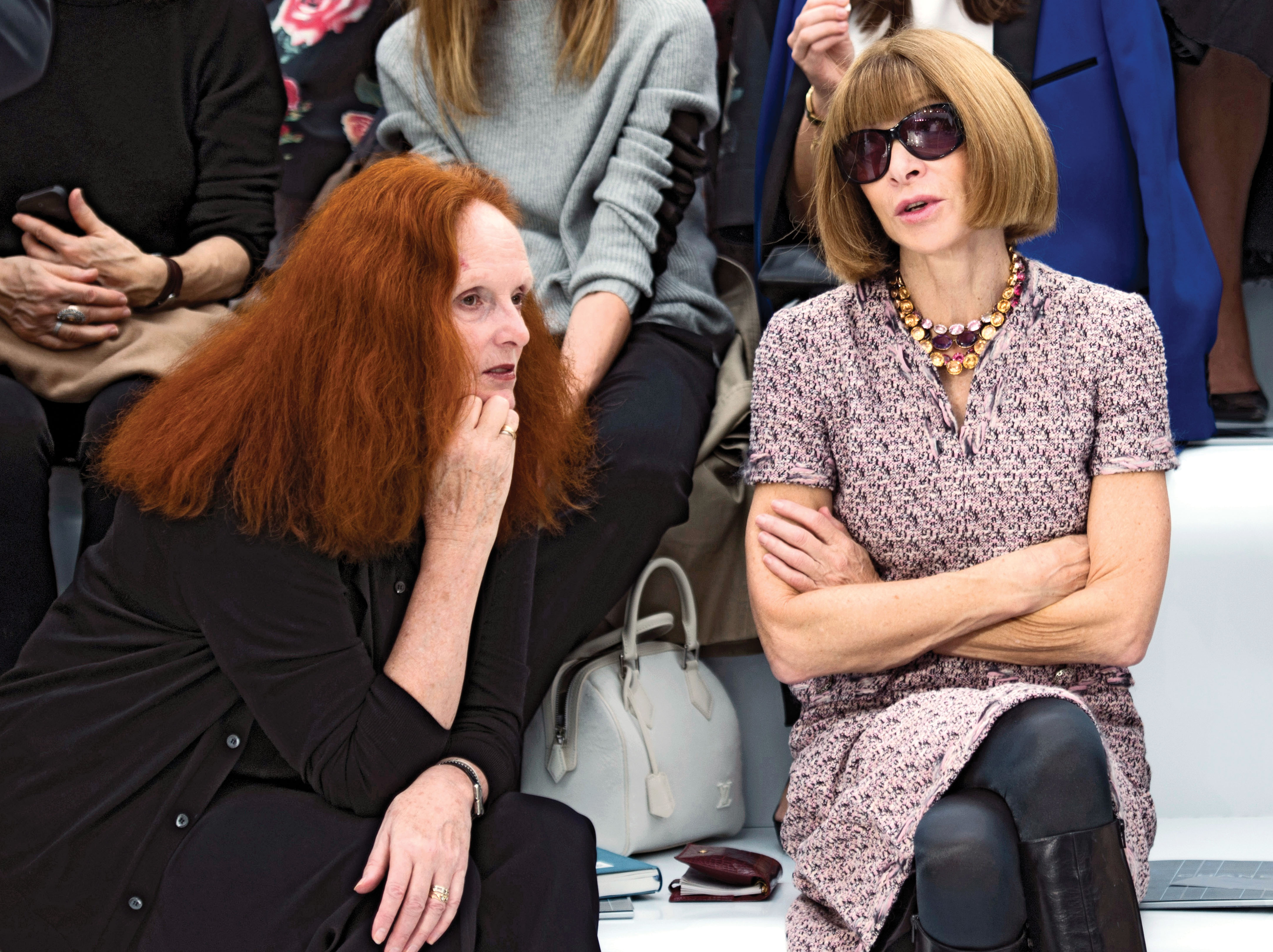 On getting the perfect shot

“When it comes to photography, I operate with only one rule: You must be able to see the clothes. I’m infuriated by magazines that produce pictures where you can’t see what people are wearing. And I like things that are only slightly imperfect. I worked with [celebrated photographer] Irving Penn once, and a hairpin fell to the ground. I bent to pick it up and he said, ‘No, no, leave it there!’ The imperfection makes a picture magical.”

“For me Russian model Natalia Vodianova is incredibly interesting. Yes, she’s very beautiful, but she’s not your average blond, blue-eyed girl. And she has a lot of personality, which comes out in her pictures. You can give her a story like we did for Vogue‘s September 2012 issue [shot on a sprawling estate of Edith Wharton, a late-1800s American novelist, decorator, eccentric and socialite] where Natalia was really able to imagine herself as Edith. It’s like there’s this little actress inside her.” 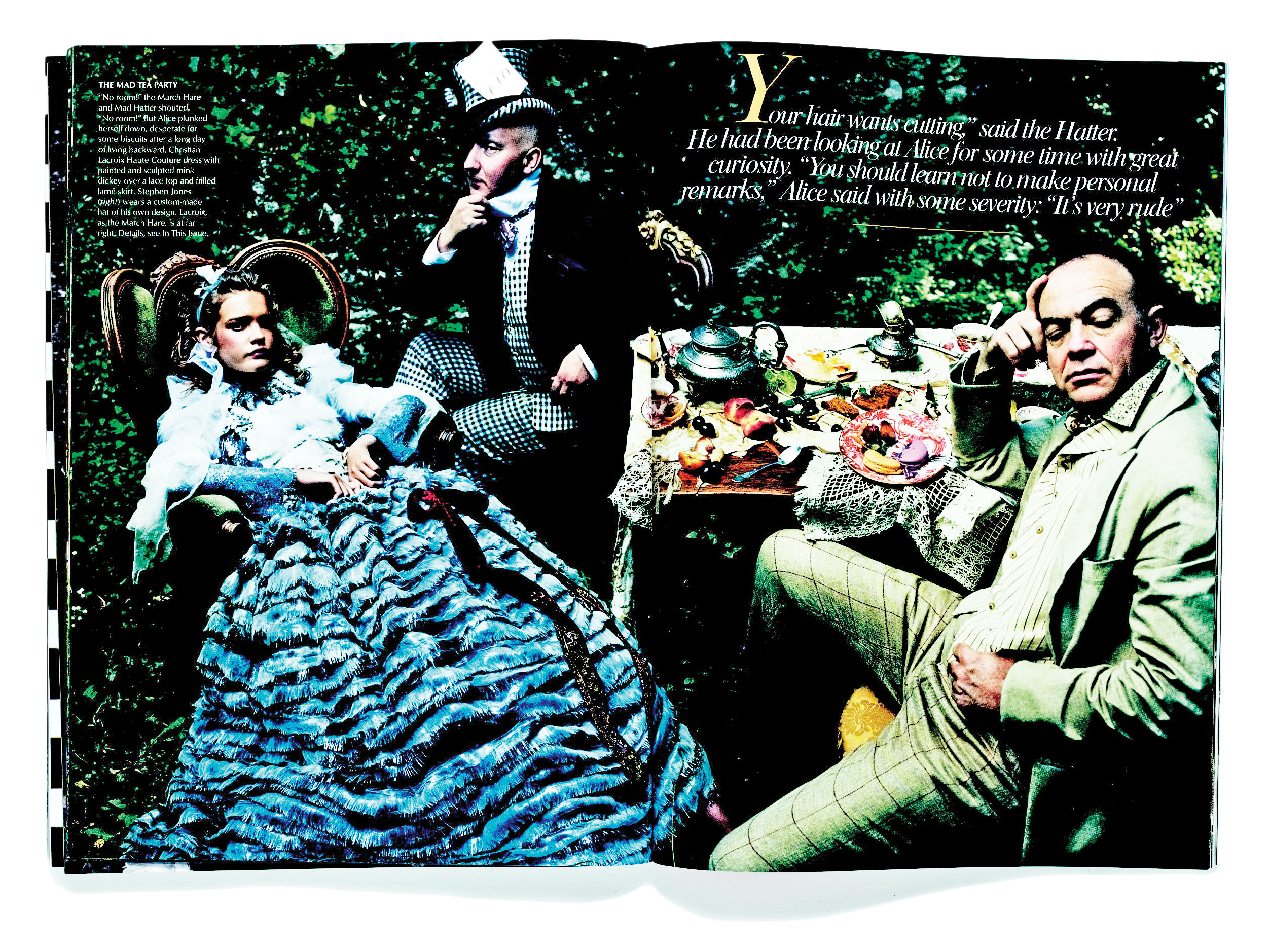 Through the looking glass: Natalia Vodianova, Grace’s favourite model, as Alice, along with milliner Stephen Jones and designer Christian Lacroix in Vogue, 2003.

“I don’t do trends. I try to think outside of them. Obviously if you see the same look come down the runway, after 50 shows it sinks in subliminally, and you think of a fashion story where it will work. But I prefer concepts, stories, like the Edith Wharton shoot or Alice in Wonderland, where we did period things with modern clothes, which is quite difficult. I like the idea of a narrative instead of stories on spots and stripes.”

On the modern family

“Right after my sister died, I wanted to adopt her son, Tristan, but I wasn’t allowed to. I’d just left my husband [restaurateur Michael Chow] and was considered a terrible choice to be a mother. So that ruled adoption out for a couple of years. Then when I started to settle down, Tristan came to live with me. Suddenly you go from being a selfish person, staying out all night with whichever boyfriend in any country, to having a 10-year-old child who has been traumatized. It was tough, because I was earning very little money and my second husband walked out the day the adoption went through. But I tried hard to make our life work. I didn’t have a nanny and did everything on my own.”

On working with Anna

“I left British Vogue because my boyfriend, Didier, was in New York and Calvin Klein asked me to work for him. My nephew was all grown up, so why wouldn’t I take this new job? Then by the time Anna moved to America to start at Vogue, I realized I didn’t love working on Fashion Avenue. I asked to congratulate her and asked, ‘If you need another fashion editor, would you ever consider me?’ She’s an incredibly spontaneous person, and she’s loyal. At dinner that night she said, ‘I’m starting Monday; do you want to start with me?’ And now we’ve been together like a couple of old whatevers since 1988.”

On New York vs. London

“New York is very exciting. When I made that break from London I decided that’s it, I closed the door on England. I’m 100 percent here. Both my feet and my head are here. The energy of New York is quite extraordinary and instant. The moment you get off the plane, even on a grey day like today, you drive from the airport and see Manhattan… it’s thrilling.”

On the mane message

“I think Didier [once called a “hair visionary” by the New York Times] would be offended if I let someone else cut my hair! It’s very personal for him. One of his lines is, ‘Even if we’re not together anymore, I’ll still work on your hair.'” 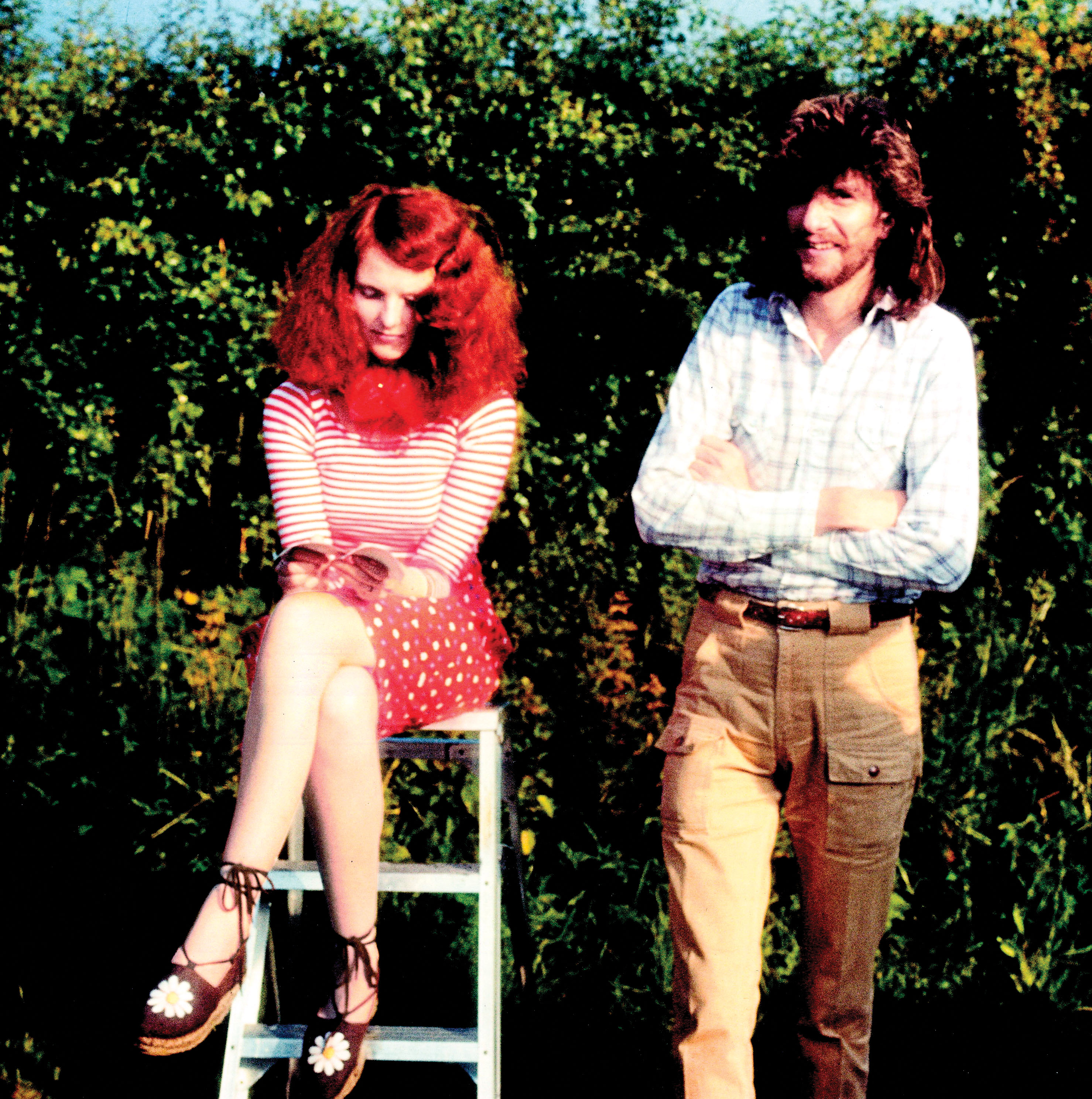 Power couple: Working with Didier (circa 1981) in the English countryside, years before they became an item.

On being the coolest cat lady

“I’m passionate about cats. I like their independence and that you can’t make them do anything they don’t want to do. They are individuals, each one, even if they are brothers and sisters. And I’ve had all the variations: cat with no pedigrees or cats with high pedigrees. They all have their quirks. Luckily my boyfriend likes cats, too. Our life revolves around them!” 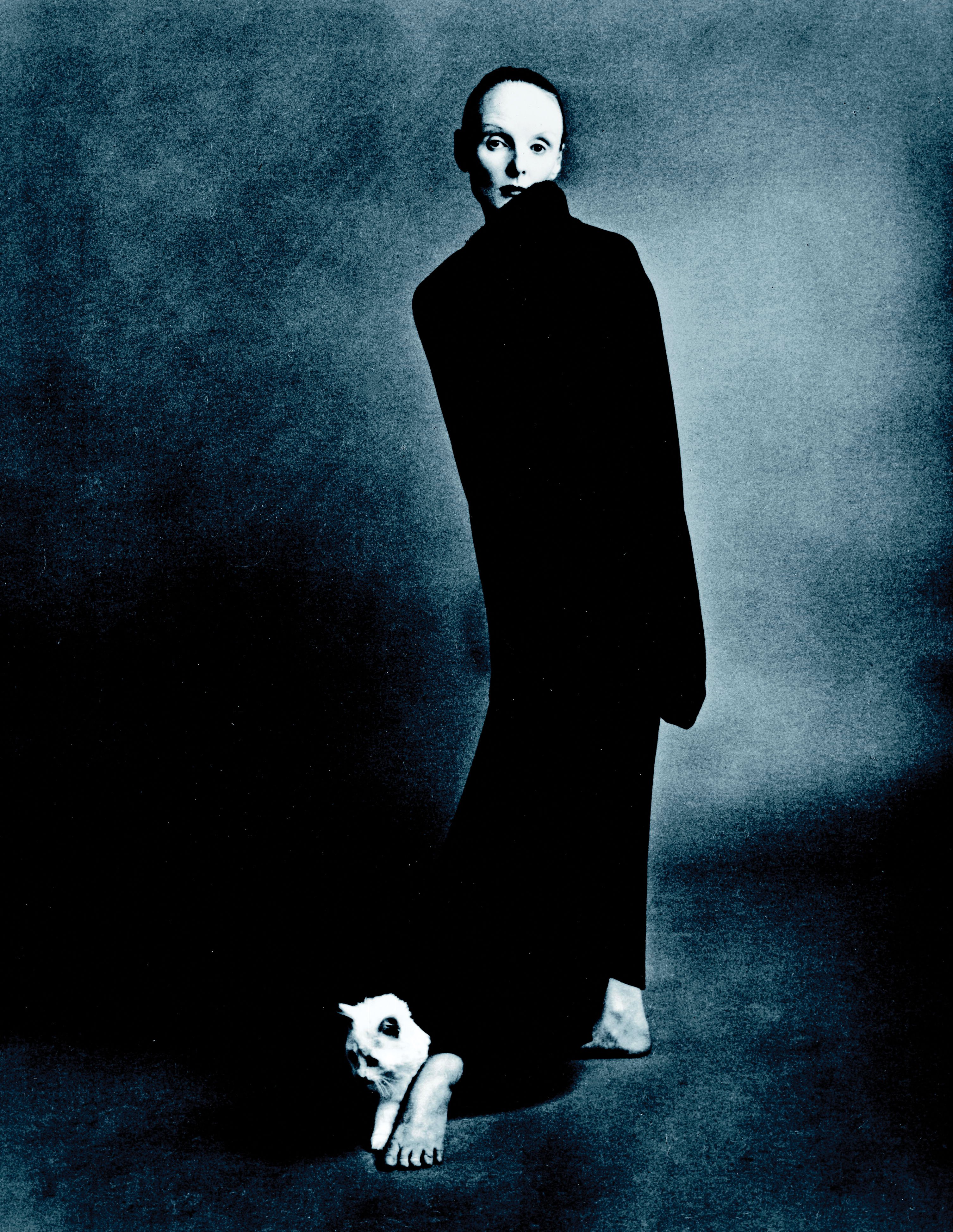 On living in the moment

“When models have plastic surgery and they come to work on my shoot, they’re off the shoot. They look stupid! Young girls especially. I know doctors are telling women to start early. It’s good for them, they get more money. But I like old people to get old. If you fix your face up, everything doesn’t fit together. And I had to have a lot of plastic surgery after a bad car accident. It was agonizing. I thought, ‘Why would I put myself through that amount of pain to look like someone I’m not?'”

On keeping it reel

“Ever since I was in The September Issue I’ve been fascinated by the documentary form and dream of making one myself. It would be on fashion, of course, because it’s the only thing I know. It would also be a way for me to get around the corny way fashion is portrayed on film. Fashion is made fun of so much. But it brightens people’s lives! It’s so lovely.”