This Viral $25 Bag Is Finally Available In Canada

You can fit *everything* you need in this chic Uniqlo find. 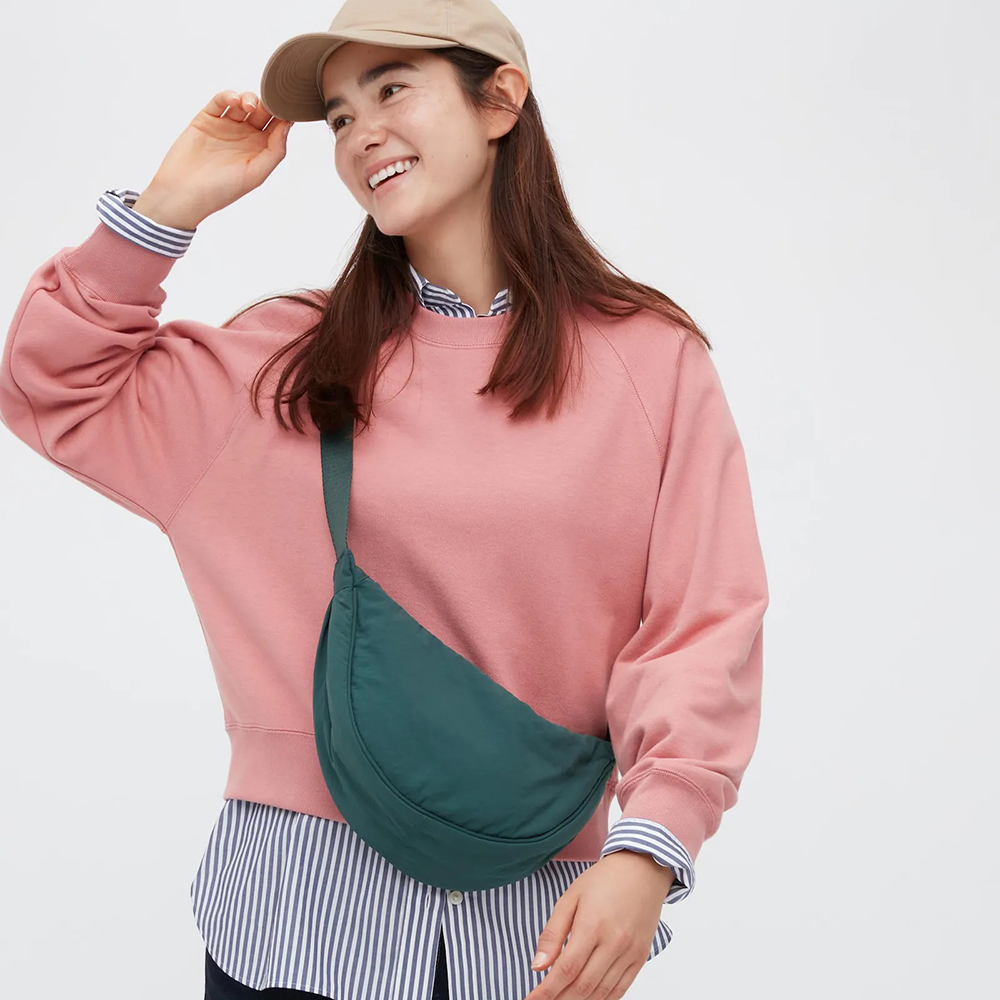 The minimalist half-moon-shaped bag from Japanese retailer Uniqlo went viral on TikTok earlier this year, with the hashtag #UniqloBag garnering 22.9 million views on the app. The bag has since been hard to get hold of—one TikToker from the U.K. even travelled to Barcelona to get her hands on it. The app is full of videos of people bragging after snagging one (sometimes multiple), showing exactly what can fit into it (spoiler alert: a lot) and styling it.

It’s easy to see why the crossbody—affectionately known by its devotees as the “Moon Bag”—is so popular. It’s affordable (in Canada, the bag costs $25), comes in a six neutral and bright colours and its crescent shape looks good slung over any outfit. 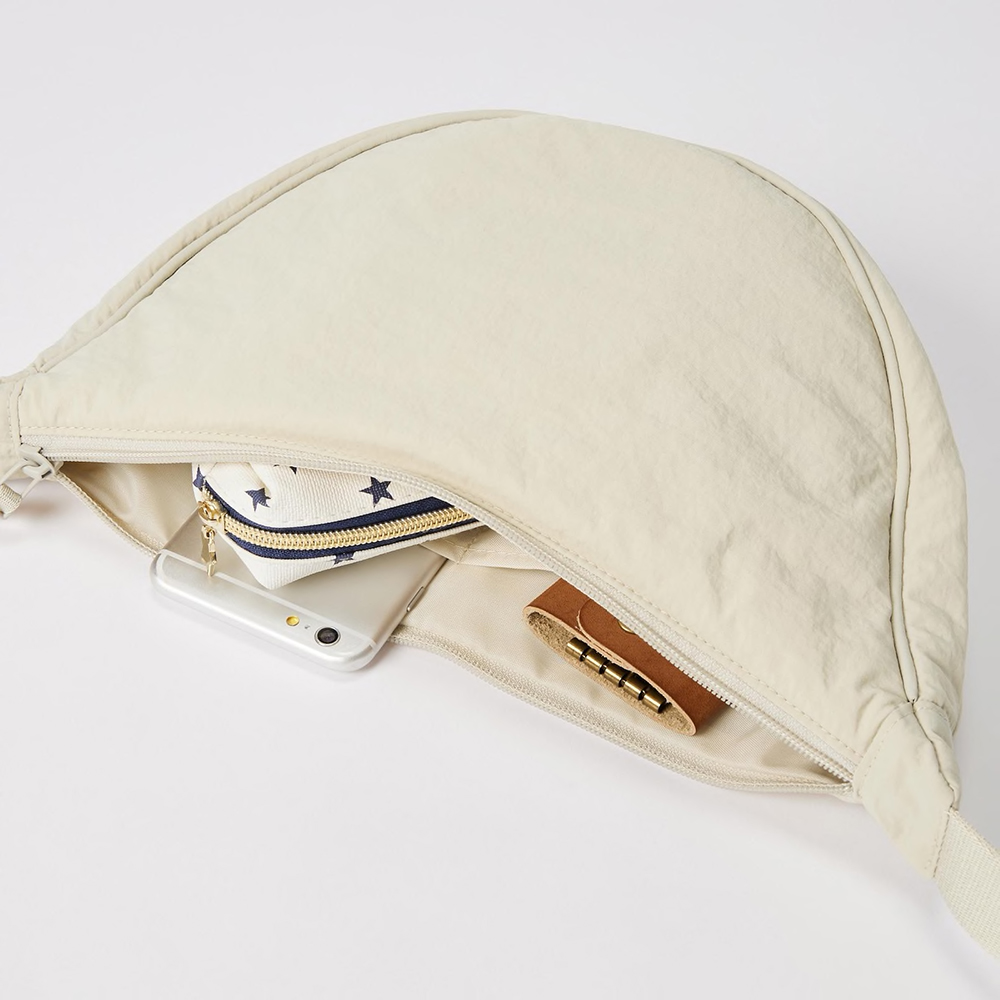 And it’s not all about its looks either—the Uniqlo Round Mini Shoulder Bag (as it’s officially known on the retailer’s website) is practical. Measuring just 28 centimetres wide and 10 centimetres deep, it isn’t huge, but it’s a bit like Mary Poppins’ bag—it fits way more than you’d think. In a video posted to TikTok by @caitlinphillimore, the TikToker shows herself pulling out everything she can fit in her deceptively small bag: wallet, phone charger, lip balm, a whole packet of biscuits (!!), hair clip, over-the-ears headphones, and also a bulky camera, a perfume bottle and an Epipen.

Want to carry your emotional support water bottle with you everywhere you go? You’re in luck, it fits—one Chatelaine editor tried it. Still need more proof that it’s bigger than it looks? Little Moons Mochi, a European mochi dessert company, jumped on the “what’s in my Moon Bag” trend and managed to stuff 53 frozen mochis in a bag. Plus, it’s outfitted with a couple of internal pockets to keep your small bits and bobs organized, which is especially important if you’re going to be cramming it full of desserts. 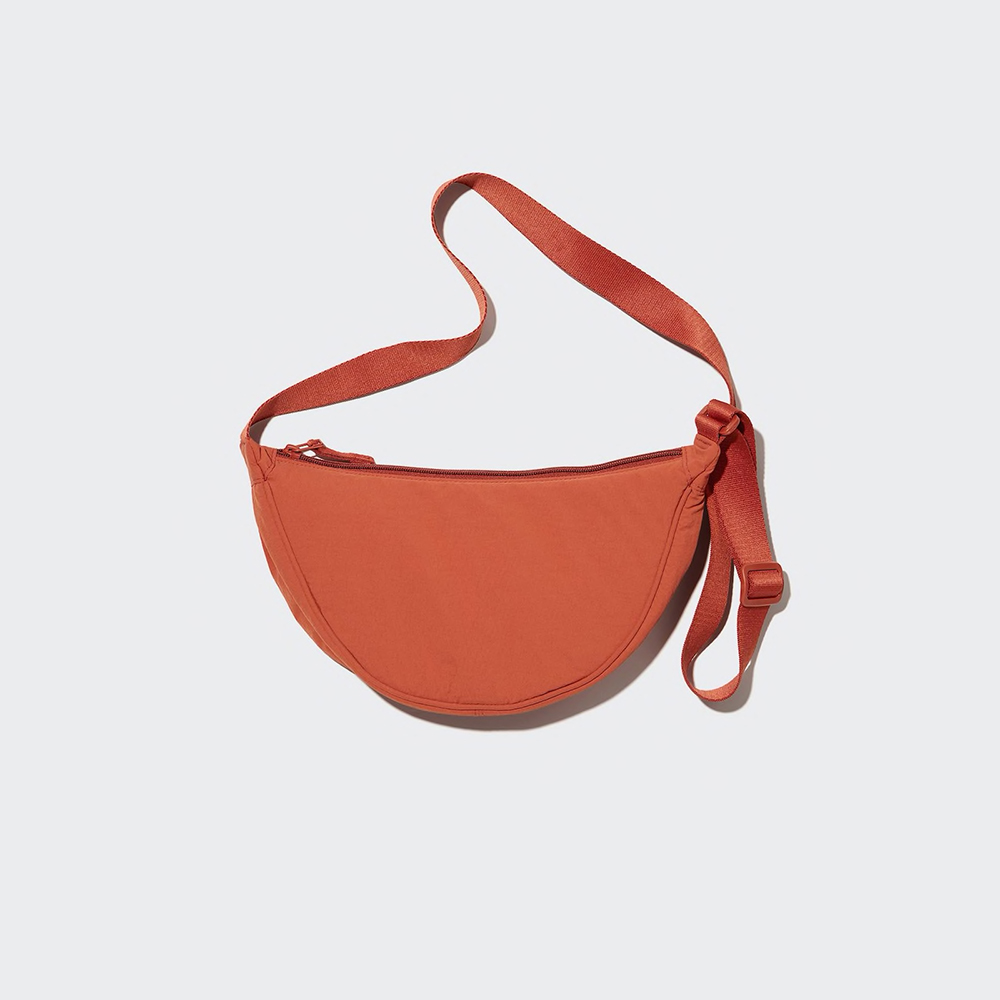 I, too, have fallen prey to the Moon Bag. I’ve had mine for a couple of weeks, and I can safely say that it’s exactly what I was looking for—I can fit just about anything I need (and many things I absolutely do not) on any given outing. For example, I went to the movies and managed to cram my wallet, keys, AirPods, half a bagel (with cream cheese), a full-sized water bottle, my allergy medication, a couple of lipsticks, a spare mask, hand sanitizer and a folded-up tote bag into the Moon Bag. As someone who likes to be as prepared as possible (I’m the friend who has everything handy), a compact pack is exactly what I need.