Skinny jeans (and other health-compromising clothes)

We all suffer for fashion from time to time, but nerve damage from skinny jeans? Maybe we should stick to sweats. 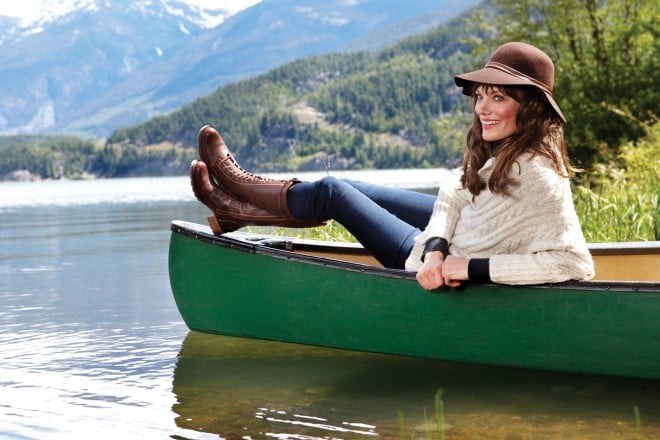 Skinny jeans: good for relaxing, not so good for manual labour.

In addition to mentally preparing yourself to lift crazy-heavy boxes, you should probably give serious thought to your outfit choice when helping a friend move houses. Consider the recent case of the 35-year-old skinny jean–wearing Australian woman who was hospitalized after cleaning out some low-level cupboards: The unidentified woman spent hours in a crouched position, which is uncomfortable enough on its own, but by the end of the day, she could barely feel her feet and, on her walk home, fell down in a park and was unable to stand. According to the doctors who treated her, the woman had suffered severe nerve damage thanks to her tight bottoms. Four days later, when she had regained her ability to walk, the docs sent her home. (In shorts, no doubt.)

This is probably the first and most notable instance of a skinny jean–induced health crisis, but suffering for fashion isn’t exactly a novel concept: In the 19th century, aristocratic women kept up appearances in tightly laced corsets, flirting constantly with the risk of fainting or inadvertently crushing their ribs. Their crinoline skirts also went up in flames on the regular, and their shoes were designed to be no wider than a banana. According to Elizabeth Semmelhack, senior curator at Toronto’s Bata Shoe Museum, “Not wearing something that’s in fashion [was] more perilous to your social standing than whatever physical discomfort you might suffer from wearing the item in question.”

The sartorial situation of present-day women isn’t much better. We regularly wear high heels that not only shorten our calf muscles, but have also been implicated in many a face plant. Our love-hate relationship with shapewear (a.k.a.: Corsets 2015) occasionally results in welts, yeast infections and — similar to our Victorian sisters — breathing issues. And let’s not forget about men — guys have to deal with high-collared shirts and ties, which can restrict oxygen to the brain and put undo pressure on the eyes. Why do we do this to ourselves?

According to Semmelhack, the intended purpose of these types of clothes has never been function, but about cutting the right shape. “Recently, skinny jeans have been central to the construction of a fashionable silhouette. So you understand how this woman would end up in that pair of jeans even though they weren’t fine for moving.” Still, you can bet that next time moving day rolls around, our Aussie friend will be loading the truck in sweats.

Related:
The 7 laws of denim shopping
White-hot summer denim starting at just $50
Is this the thong’s swan song?