The style writer's photo series is a friendly reminder that most women don't wear size 2. 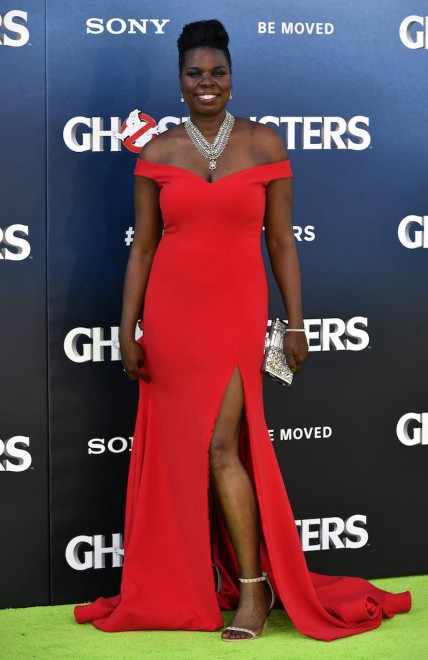 When Ghostbusters premiered earlier this summer, actress Leslie Jones pointed out how just how difficult it was to get a designer gown for the red carpet.

It’s so funny how there are no designers wanting to help me with a premiere dress for movie. Hmmm that will change and I remember everything

According to some fashion industry types, Jones’s body was to blame. Jones doesn’t fit into sample size clothes, the frocks designers make for fashion shows, photo shoots and red carpet galas that are typically a size 2 or 4. One stylist, Jessica Paster, told the Hollywood Reporter, “This is nobody’s fault except Leslie’s…. She should have known four to five months ago the date of premiere, and said, ‘I’m not a sample size, I need to go to designers early or buy myself a dress.’ Don’t be blaming designers and saying they don’t like you.” Yikes.

It wasn’t the first time a celeb has had difficulty finding a dress for her non-size-2 frame. Melissa McCarthy and Christina Hendricks have both spoken out about the lack of options for women who don’t fit sample sizes. And this past awards season, Bryce Dallas Howard made headlines for buying her $4,800 Jenny Packham dress off the rack for the Golden Globes. “I like having lots of options for a size 6, as opposed to maybe one option, so I always go to department stores for this kind of stuff,” she said at the time.

Now, in what may be the best critique of the fashion industry’s size bias yet, style writer Liz Black shows just how unrealistic sample sizes are for many women. In a photos series of highly stylized images for the website You Do You, Black holds sample gowns up against her curvy frame. 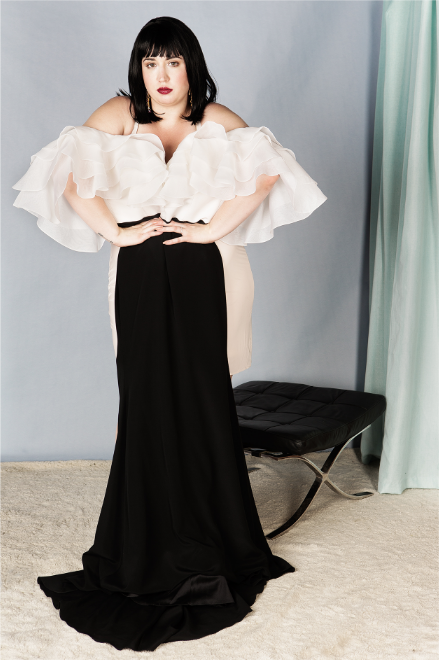 A photograph from Liz Black’s sample size series. Photo, Kristina Wilson/You Do You.

A description of the series reads, “Even with the increase in body acceptance, thin models still dominate the high fashion runways. The ‘sample size’ body is still an industry standard, a far cry from 67 percent of U.S. women who wear a size 14 or larger.” 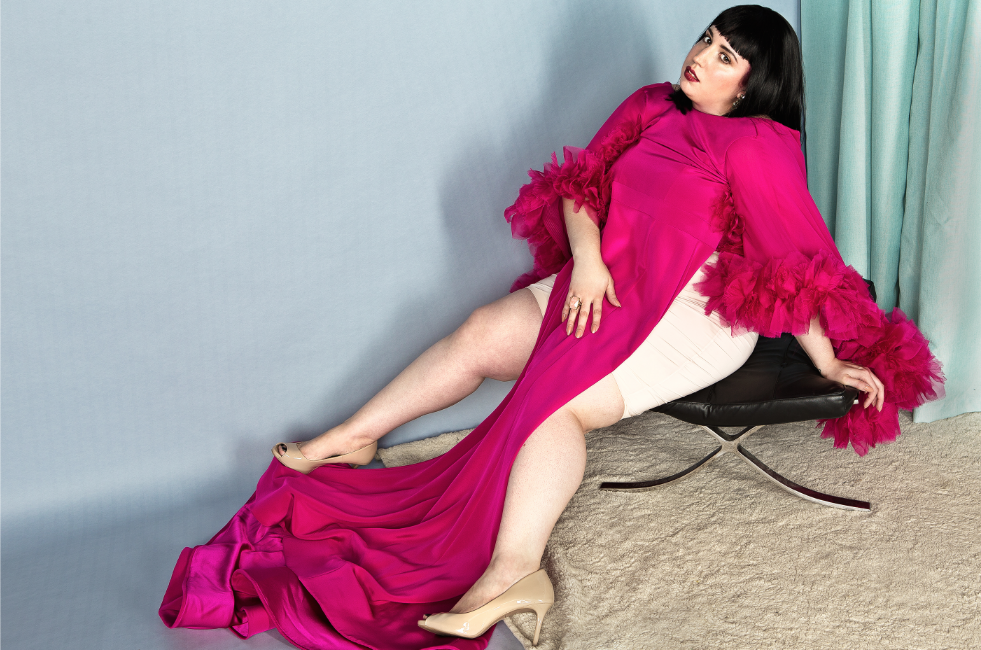 Black isn’t looking to criticize thin bodies or do away with slim models. Instead, she’s hoping the fashion industry will embrace a wider range of shapes. “I’m not body shaming people who are naturally thin, but very often these models are being instructed to keep their bodies smaller than they would be naturally to fit into these sample sizes,” she told People magazine. 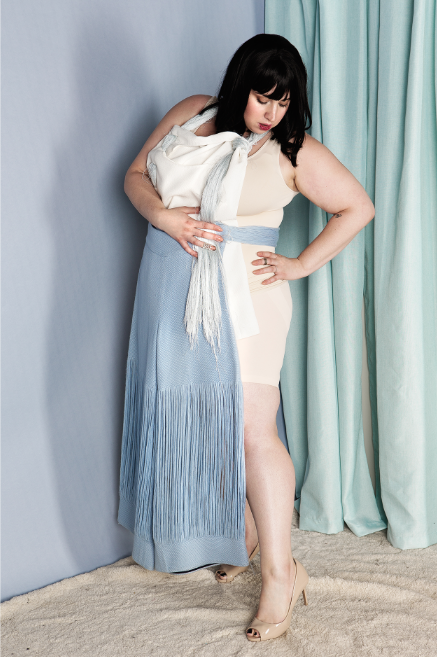 “I’ve worked in a lot of showrooms and have dealt with a lot of runway samples, and I have always marvelled at the size difference between those teeny tiny samples and the size of my own body,” Black told People. 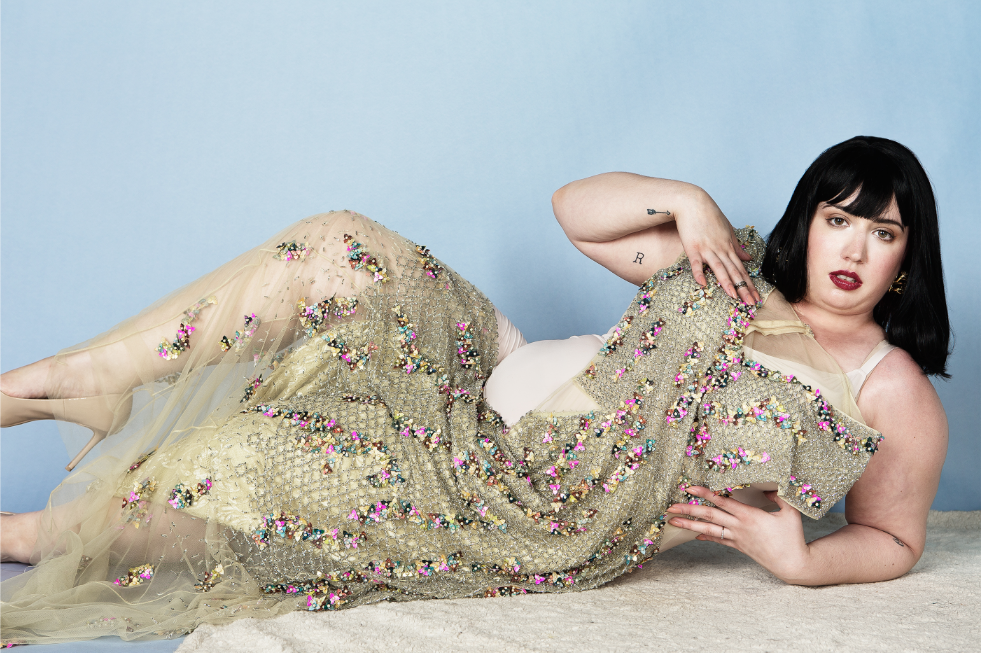 See all the photographs from Black’s series on You Do You.

More:
Diver’s Olympic win upstaged by her boyfriend’s marriage proposal
20 summer dresses to wear into fall under $150
Canada’s Food Guide is painfully outdated — and it might be making us sick