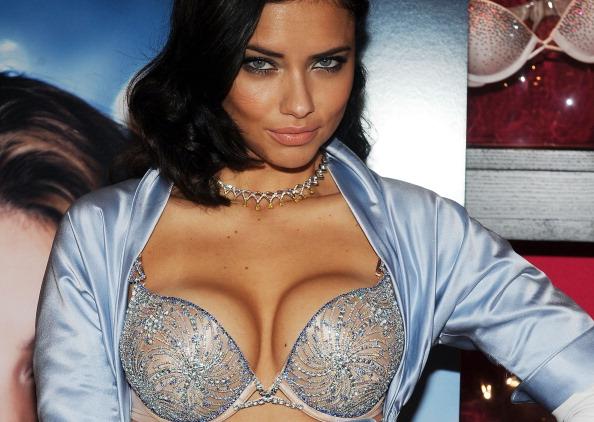 Nobody knows how to make cleavage pop on the runway like Victoria’s Secret models, Lily Aldridge and Alessandra Ambrosio (both pictured below). Here are Aldridge and Ambrosio’s expert tips for making the most of what you’ve been given:

Get fit by a professional
Far too many women—an estimated eight out of ten, in fact—are wearing the wrong size bra. According to Ambrosio, fit should be priority number one. “The bra has to fit perfectly,” she says. Consequently, she advises every woman to get properly measured by boutique staff before buying a bra. A good fitter does more than just determine your cup size. They also show you how a bra should sit on your body (for example, the back should not ride up, but should sit comfortably around mid-back). “A lot of women get the wrong size, or they aren’t putting the clasps on the back at the right level,” says Aldridge. A pro will show you how to properly adjust the straps and back clasps so that the bra you do buy fits correctly and comfortably.

Get the right cut for your shape
It doesn’t matter whether your breasts are large or small, there’s a bra cut or style that works best for your shape. Find the right bra by trying on different shapes and cuts, ideally under the supervision of a professional fitter. More importantly, try the bras on under clothes to see how they look in action, says Liliana Mann, owner of Linea Intima boutique in Toronto. Size isn’t the only thing to consider when finding the right bra: skin firmness is an important factor, too. Saggy breasts need the support of a seamed bra, says Mann (seamless bras often make breasts look bigger, but they don’t always give the greatest lift, she says), whereas breasts with a little more lift can get away with less structure.

And don’t discount the power of a good neckline when it comes to showing off that well-supported cleavage. When it comes to clothes, Ambrosio favours a V-neck or halter for a sexy evening look, while Aldridge leans toward a more casual boat neck that de-emphasizes cleavage and gives a more streamlined appearance suitable for work. 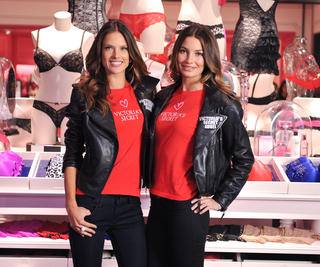 Manhandle the girls
Ever wonder why Victoria’s Secret models’ breasts always look so, well, perky? Rest assured, it’s not just the Miraculous Bra. Neither is it all due to genetics. In fact, the explanation is a little more DIY than that. Before they step on to the catwalk both Aldridge and Ambrosio reach into their bras and shuffle those headlights around. So don’t be shy. Get in there and manhandle your breasts for maximum effect. “Push them up, forward and together!” says Ambrosio, and as often as you need to. The result: a perkier, more voluminous bosom. (Keep in mind: the effect isn’t enduring. Adjust as needed.)

Comfortable equals confident
There’s something about nice lingerie that makes most women stand up a little straighter and walk with a little more swagger—even in sweats. If you’re not comfortable in your skivvies, you’re not going to feel confident, says Aldridge. “I’ve always liked the feeling that I’m wearing a really sexy bra or sexy underwear under my jeans. I know it’s there and it makes me feel good.” When you buy what makes you feel good you’ll look good, says Aldridge, who confides she feels just as sexy in her cotton briefs.