Denim through the decades: From the 1920s to today

From the beginning of the 20th century to the 2000s, we track the life cycle of our favourite pair of pants. 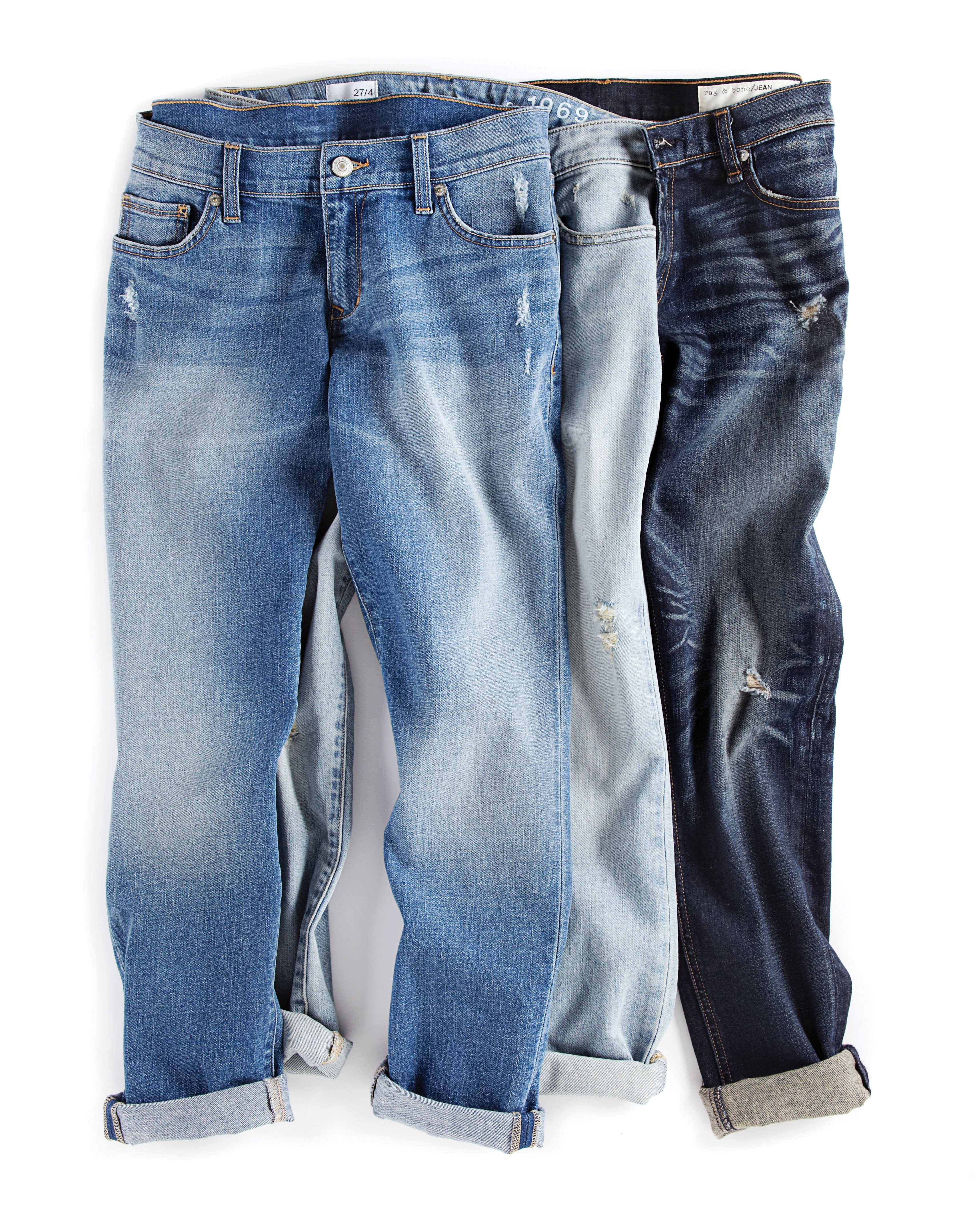 1920s + ’30s: First worn as workwear, jeans are made popular in the American west by miners, cowboys and labourers, who need durable clothing to stand up to substantial stress and strain.

1940s: European teens go crazy for the casual denim pants and are desperate to get their hands on a pair.

1950s: A dispute between music legend Bing Crosby and an unnamed Canadian hotel over denim and dress code prompts Levi’s to create a special denim “tuxedo” jacket for the singer. Then in 1955, James Dean stars in Rebel Without a Cause, and everyone falls head over heels for the sensitive, denim-clad bad-boy look.

1960s: The free-flowing bell-bottom style becomes the It jean and is synonymous with peace, love and rock ‘n’ roll.

1970s: The punk movement inspired by British youth and bands like the Ramones and the Sex Pistols to trade in their flares for skin-tight jeans.

1980s: Stonewashed hues hit the streets. Karl Lagerfeld uses denim for his first couture collection for Chanel. Anna Wintour takes over at American Vogue and puts Guess jeans on her first cover. And Brooke Shields lets us know that “nothing!” comes between her and her Calvins.

1990s: Jeans are everywhere, even in the office, thanks to casual Fridays. Secondhand shops and thrift stores become the go-to jeans outlets for denim wearers on the hunt for the perfect, authentically aged vintage pair.

2000s: How low can you go? Thanks to pop stars Britney Spears and Christina Aguilera, the earlier part of this decade had us hanging up our high-waisted jeans for very low-slung styles. A new wave of premium denim companies emerge (7 For All Mankind, Paper Denim, Adriano Goldschmied, Paige and Hudson Jeans), and wearing a specific denim brand quickly becomes a status symbol.