Elizabeth Hurley on three things women should know about their breasts

The Estee Lauder spokesmodel helped kick off Breast Cancer Awareness month in Toronto by discussing breasts, her work with the cosmetics company and wearing pink 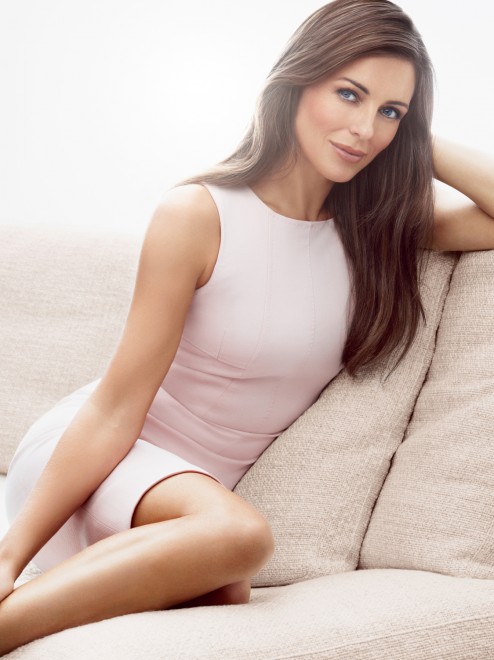 Elizabeth Hurley, the 47-year-old actress, model and spokesmodel for Estee Lauder is celebrating her 18th year with the cosmetic giant, making her contract one of the world’s longest running. To commemorate the 20th anniversary of the global Breast Cancer Awareness campaign, Hurley is continuing to travel this month to raise awareness and funds (BCRF has raised more than $380 million to date) for this disease, to inspire women, and yes, to wear pink.

When I sat down with Hurley, she was dressed in a vibrant pink lace dress and pink ribbon, saying, “I pretty much wear pink for the month of October.” The pink ribbon campaign was started by Evelyn Lauder and then-Self magazine editor Alexandra Penney who have made the ribbon an international symbol for breast health (115 million pink ribbons distributed to date). Hurley told me she became involved with Evelyn Lauder and her campaign shortly after her grandmother passed away from breast cancer. “It was still a topic that was not openly discussed and that’s why this campaign is so great,” Hurley says.

1. “Familiarize yourself with your breasts from the time you have them – puberty.” This will help you become comfortable and familiar with your set.

2. “Learn how to exam your own breasts and do it on the same day, every month.” Breasts change during our menstruation cycle so it’s important to pick the same time of the month and stick to this day (ie. day one of your period) when checking them. If you notice any changes, then contact your doctor.

3. “After the age of 40, book an annual mammogram.” This is when the breast tissue becomes less dense. If a tumor is caught early and it’s localized there’s a 90% chance of a full survival.