DSquared2 on the Walk of Fame 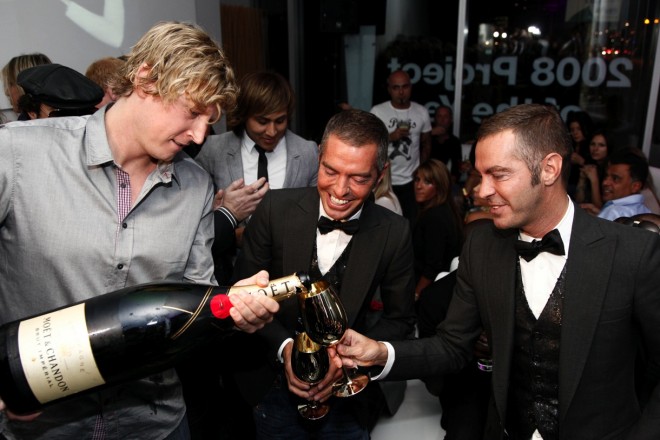 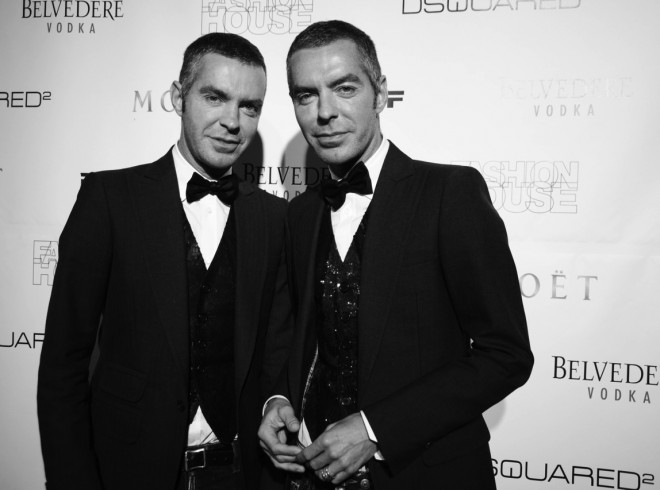 Some of Canada’s best and brightest were inducted into the Walk of Fame on September 13th and included were two men who have helped put Canadian designers on the map.

Twin brothers Dean and Dan Caten of DSquared2 were given their star on the Toronto walk alongside other inductees such as Tom Cochrane, and Howie Mandel.

The Catens, now one of Canada’s most famous designer duos, were born in Willowdale, Ontario, went to school at Parson’s in NYC and then launched their first collection for men in 1994. Celebrities everywhere love their wares – Madonna included – and they’ve also added sunglasses and fragrances to their roster. While they now share their time between Milan and other high fashion destinations they’re proud to be Canadian born and bred.

Check out the twins designs online, and you’ll be happy to notice that many of their past collections have had a Canadiana feel.

Here’s some pics from their soiree at the Fashion House Condos.

The twins at the afterparty and enjoying some champagne.