DSquared2 get back to their roots 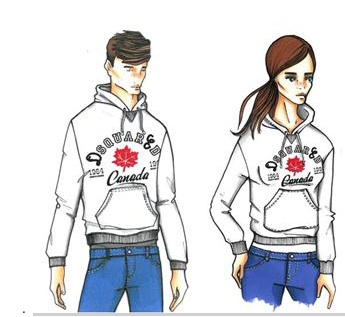 Canadian twins and famed designers Dean and Dan Caten of DSquared2 are releasing a limited-edition fleece hoodie that pays homage to their homeland. The twins, now based in Milan but originally from Willowdale, Ontario have created the brushed cotton fleece for both men and women and it will have a red maple leaf on the front with a drawstring (and it’s just in time for the Games!).”Keep it warm. Keep it real. Keep it Canada,” says Dean and Dan Caten.  “And don’t ever let them see you sweat- in a sweatshirt!” The hoodie, available now, retails for $350 exclusively at Holt Renfrew in Vancouver, Montreal, Calgary and Bloor Street in Toronto.