Dare to Wear at Fashion Week 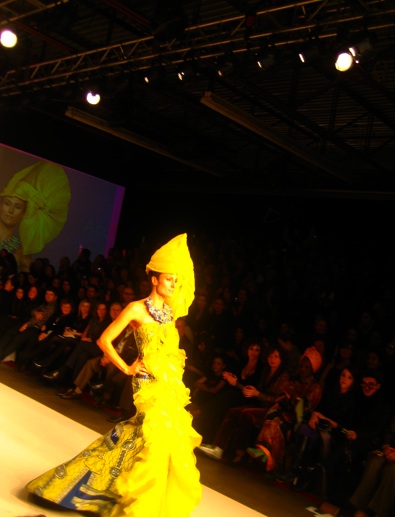 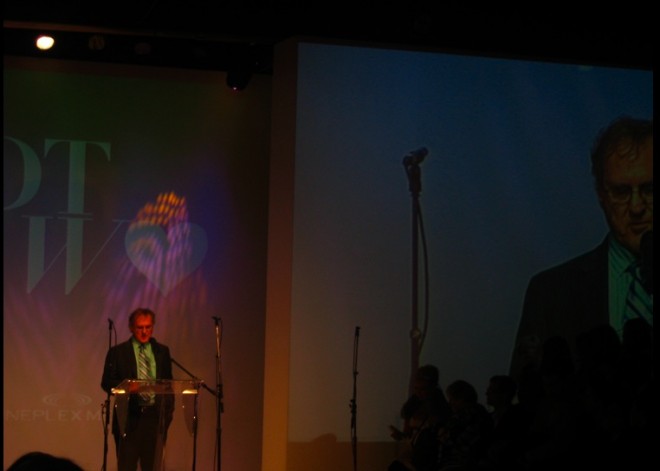 Amidst all the glitz and glam of fashion week, one show really stood out for me and it was well worth the wait. Myself and hundreds of other fashion-savvy individuals stuck it out through a long and rainy night just to see one man, Stephen Lewis. Lewis, the Canadian former United Nations Special Envoy on HIV/AIDS in Africa, is one of my not-so-secret heroes and he didn’t disappoint. (If you haven’t read his book, A Race Against Time , you must go buy it. It will change your life!) He spoke at the Dare to Wear fashion show hosted by Haux Couture.

Stephen Lewis speaking about his many experiences with HIV and AIDS across Africa. He spoke about child-headed households, a common phenomenon in sub-saharan Africa due to the pandemic. The show featured 24 Canadian designers, each of whom were given six yards of African fabric to make an outfit ‘ proceeds of which go towards The Stephen Lewis Foundation‘s funding of grassroots operations across Africa to help those infected and affected by HIV and AIDS. The fashion show is part of A Dare to Remember, a nationwide initiative that challenged Canadians to take on dares of all kinds to raise awareness and funds for the Stephen Lewis Foundation. (I’m hosting a dinner party and asking friends to donate ‘ trust me, it’s basically a dare because of my lack of culinary skills!) Lewis spoke about how everyone in attendance, even those with little means, had the ability to affect the unequal balance of the world and children and families affected by HIV/AIDS. His speech and the subsequent choir singing African songs almost brought the crowd to tears. And who can forget the clothes. The fashions were flamboyant and donned by top models and Canadian celebs. Jully Black strutted down the runway flexing her amazing arm muscles for the camera and ET Canada and Etalk personalities donned the ensembles as well. The fun vibe got the audience dancing in their seats. Top designers such as Lida Baday, Brian Bailey, Brose, Wayne Clark, Comrags, David Dixon, Evan Biddell, Greta Constantine, Izzy Camilleri, Linda Lundstram, Lucian Matis, and Ross Mayer were asked to created ensembles and to raise $50,000 for the SLF.

A beautiful Ross Mayer dress complete with a headpiece and using beautiful batik tie and dye for the train. Find more info about Stephen Lewis and his organization on his site where you can also donate to the cause. I have no doubt it goes towards amazing organizations across Africa.