Christina Hendricks on her Anne of Green Gables hair inspo

We had 10 minutes with the Mad Men actress and Emmy nominee, so we asked about her rumoured love of Anne Shirley. 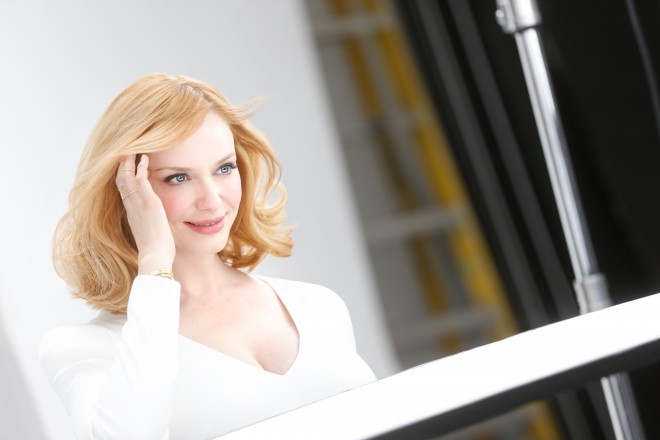 When you picture Mad Men‘s Christina Hendricks, what do you see? Red hair? We’ll stop you right there. Not only has Hendricks bid adieu to her sassy on-screen persona, Joan Holloway, a role that’s netted her no less than six Emmy nominations, she’s also done with her iconic ginger hue — for now, anyway. In advance of this year’s Emmys on Sunday, we spoke to the Outstanding Supporting Actress nominee (and Clairol Nice ’N Easy spokeswoman) about the Canadian redhead that originally inspired her fiery look.

We’re a Canadian magazine, so when we heard that you were obsessed with Anne of Green Gables and her red hair, we thought, “WE HAVE TO ASK HER ABOUT THAT.”

I thought [Anne] was smart and romantic and had an artistic soul. She was sort of dramatic. I felt like that as a kid. My husband [actor Geoffrey Arend] was going to take me to Prince Edward Island for our anniversary because he knows I’ve always wanted to go. Unfortunately, it didn’t happen because work got in the way, but I’m hoping to still make that trip sometime.

You’re a natural blonde but went red at age 10. In a previous interview, you said your reaction was something like “Ah, I’m finally me!” What about you felt inherently redheaded?

I always looked at redheads as being unique or a bit different, and I think that’s how I felt about myself. It felt natural to me. I’d also admired so many redheads as a kid, so I wanted to emulate that.

It wasn’t sort of something for public reasons. It had been a long time; I knew it was going to be emotional for me to say goodbye, even thought I had been a redhead far before Mad Men, I started to associate that specific colour with Joan. I thought, well you know, after this long, maybe it’s time to change it up and shift into a different phase.

I don’t want to stereotype, but a lot of women change their hair during a major life transition — whether it’s a post-breakup pixie cut or darkening the tone for a new job. Why do we immediately reach for the dye or the scissors?

It’s true, isn’t it? I don’t know. I guess it’s the easiest way to make a dramatic change. You can change your lipstick or you can change your clothes, but it might not give you that same feeling or energy that’s as dramatic as changing your hair.

Related:
Christina Hendricks on being Joan and her perfect Saturday
Jonathan Crombie’s Gilbert Blythe was the ultimate crush
Dumping Don Draper: why we’re over TV’s anti-heroes