One photographer's new technique for looking good in photos

Give this a try and report back. We want to know if 'squinching' really makes you look better in photos. 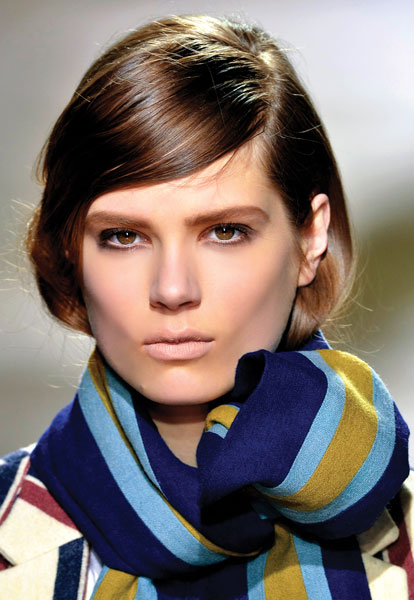 Maroon 5 vocalist Adam Levine was declared this year’s sexiest man alive by People magazine. With this announcement he joins such fantastically square-jawed company as Brad Pitt and George Clooney.

But what characteristics make one man sexy and another simply average? Put the difference down to facial symmetry, which Levine, Clooney and Pitt all share. Research suggests that the more uniform a person’s features, the more universally attractive they are considered.

But if you’re like me, and don’t possess the symmetrical features of such celebrated beauties as Angelina Jolie or Elizabeth Hurley, don’t worry. Though you may not make any People magazine covers any time soon, there is one trick that can help you pull off a smoldering look in photographs.

That sleight of hand is called the squinch, reports The Daily Mail, and it’s a way of looking into the camera in such a way that you project self-confidence and mystery rather than bewilderment and/or terror, which is my preferred look.

How do you squinch? “Narrow the distance between your pupil and lower eyelid,” says inventor of the squinch, NYC photographer Peter Hurley.

Basically, you squint your eyes softly, pinching the lower lid and letting the top lid relax. Think of it as focusing intently on an object of desire rather than an ‘ouch, the sun is in my eyes’ kind of squint.

The photographer swears by this cue and has even gone so far as to offer a brief how-to video to people who want to perfect it in time for all those holiday parties.

According to the photographer, the squinch is an effective technique that helps people avoid making that wide-eyed “deer in the headlights” look in photos that he says gives off an impression of fear or anxiety. By contrast, over-squinching could make you look ridiculous.

Give it a try and let us know the results. We want to hear about it in the comment section below.