Behind the scenes of our style team's Irish adventure

Lace up your hiking boots and get ready to explore this lush, wild and wonderful land 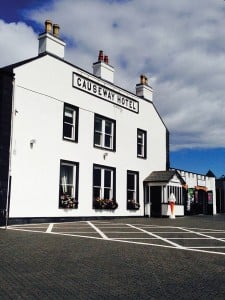 The Causeway Hotel is a small hotel with quirky charm and friendly staff. It’s conveniently located on the cliffs above the world-famous Giant’s Causeway and the quaint town of Bushmills.

Treat yourself to dinner (the catch of the day is a must-have) and a hot whiskey before bed. 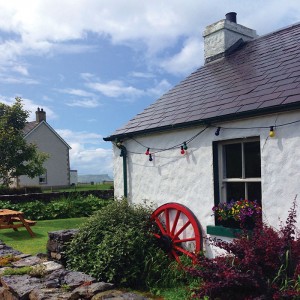 The French Rooms, a bustling hot spot in the small town of Bushmills (also home to the oldest distillery in Northern Ireland), is lively and welcoming. A collection of cozyrooms makes for an intimate dining experience and the food is spectacular! Take it from us, you’ll need a reservation. 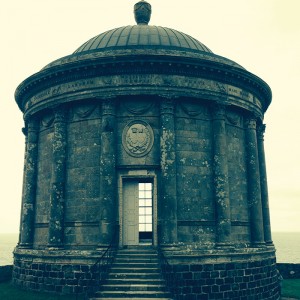 Perched high on a cliff in the beautiful surroundings of Downhill Demesne near Castlerock, this temple was built as a summer library in 1785 on the estate of the famously eccentric Frederick Augustus Hervey, the Earl Bishop. As you walk on the wild and dramatic grounds, you just might see a ghost. 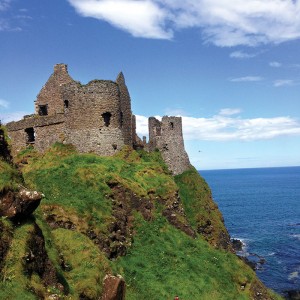 This medieval castle is located along the rugged North Antrim coast. The location of many battles, it eventually surrendered to the powers of nature in 1639 when part of it fell into the sea. The castle is also credited as being the possible inspiration for Cair Paravel in C.S. Lewis’ Chronicles of Narnia. 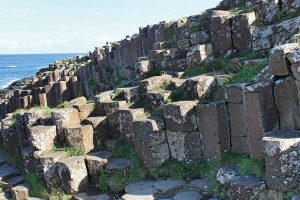 Was it created by the mighty giant Finn McCool or a volcanic eruption? We say the giant! The Giant’s Causeway is a spectacular geological site on the north coast with over 40,000 interlocking basalt columns. It’s also a UNESCO World Heritage site (the only one in Northern Ireland).

Video: On set in Ireland for our October 2014 fashion feature.

Special thanks to Tourism Ireland.