Allbirds Has A New Shoe For Running. I Tried It 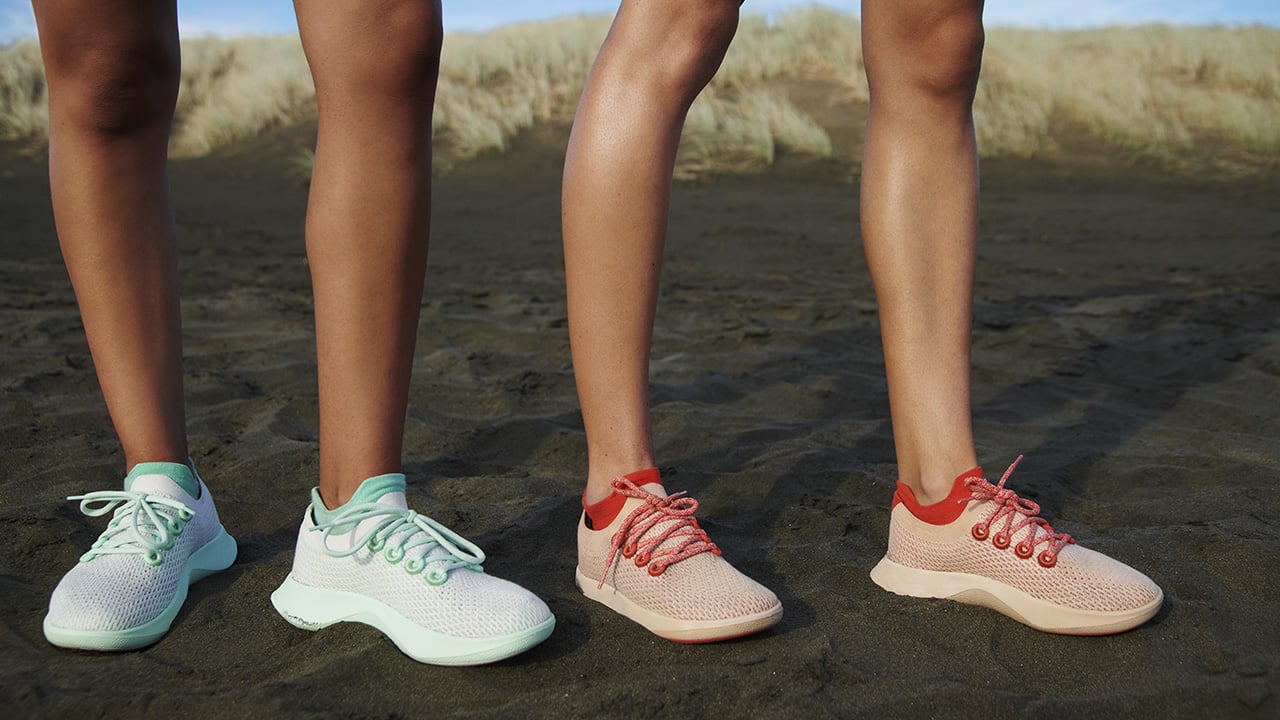 It’s a media rule that if you’re writing about the California-based sustainable shoe brand Allbirds, you must first note its reputation as the “world’s most comfortable shoe.” The company’s sneakers—made of stuff like wool, tree fibres, recycled bottles and castor-bean oil—are indeed exceedingly comfortable. They’re also sleek, breathable and machine-washable. Allbirds shoes are both anonymous—in that they have refreshingly minimal branding—and, in their resolutely low-key appearance, obviously Allbirds.

I bought my first pair, the high-top Tree Toppers, last year, and they’ve been a weekend staple: They’re durable, walkable, and easy to clean. Made of eucalyptus tree fibre, they’re also incredibly breathable.

Recently, Allbirds introduced its first-ever pair of running shoes, the Tree Dashers. I’ve been a dedicated runner since elementary school, and, while I love my Allbirds high-tops, I was skeptical that a new pair of runners could win me over—I’ve worn variations of the same New Balance model for more than a decade. After eight weeks of running on a pair, here’s what I thought.

The Tree Dashers are a so-called “neutral” running shoe, as opposed to a “stability” shoe, which offers extra support for people whose feet roll in or out. (Get more info on stability versus neutral shoes, and which type of shoe you should get, in our beginner’s guide to outdoor running.)

The upper part of the shoe is all one piece—meaning no tongue, the separate strip that usually sits under the shoe’s laces—and you slide it on like a sock. The laces run through a series of sewn-on eyelets. Inside, there’s a padded heel cushion made of merino wool.

The shoes, which come in both men’s and women’s versions, sell for $175, the same as I paid for my last pair of running shoes from New Balance. They come in six colour combos: black with white sole; black with black sole, white; light grey; a pale, minty green; and pink. (Depending on the colour, many of the sizes are currently sold out, but Allbirds says it’s releasing the shoes in more colours soon.) 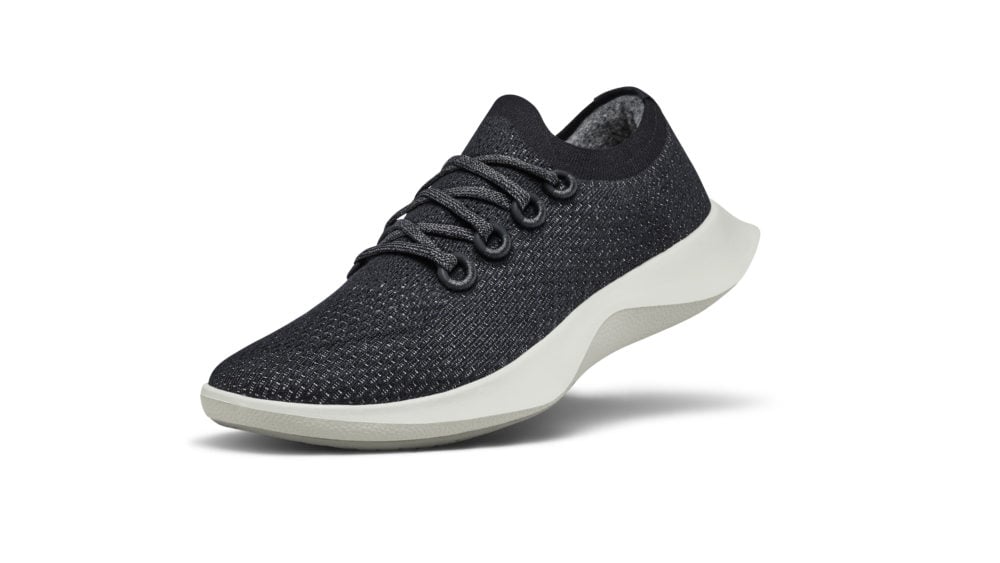 How do they feel?

Runners are typically told to size up by half a size from what they take in their regular shoes. I got the Tree Dashers in 8.5, up from the 8 I take in non-running shoes, and the fit seemed true to size.

As I mentioned, I’ve long been loyal to the same desperately unfashionable stability shoes, and I was a bit nervous about changing things up—especially since I’m an over-pronator, meaning my feet roll inwards when I run. So I swapped out my old shoes gradually over the course of the month, carrying my old shoes in a running backpack and switching pairs partway through my runs. (As with any alteration to your exercise regime, when switching to a new model of sneakers, it’s a good idea to change things up slowly to avoid any aches or pains.)

I’d assumed the Dashers would feel similar to the non-running Allbirds: comfy, extremely walkable and minimally cushioned. But these are much more cushioned than I expected, in a good way. I don’t run huge distances—typically 9 km to 12 km three times a week at a pretty slow pace, plus a separate track or hill workout—but they felt good.

The breathable mesh upper was much cooler than my previous pair—a fact much appreciated during a horrendous Ontario heat wave. (I may like this less in February, though.)

I tend to lace my shoes tightly to make up for a flattish instep, but this was more challenging with the one-piece upper.

Also worth noting: The backs of the soles are slightly winged, which is good for stability, but not ideal if you do a lot of cross-training involving lateral movement, since you may end up stepping on the sole with your other foot. 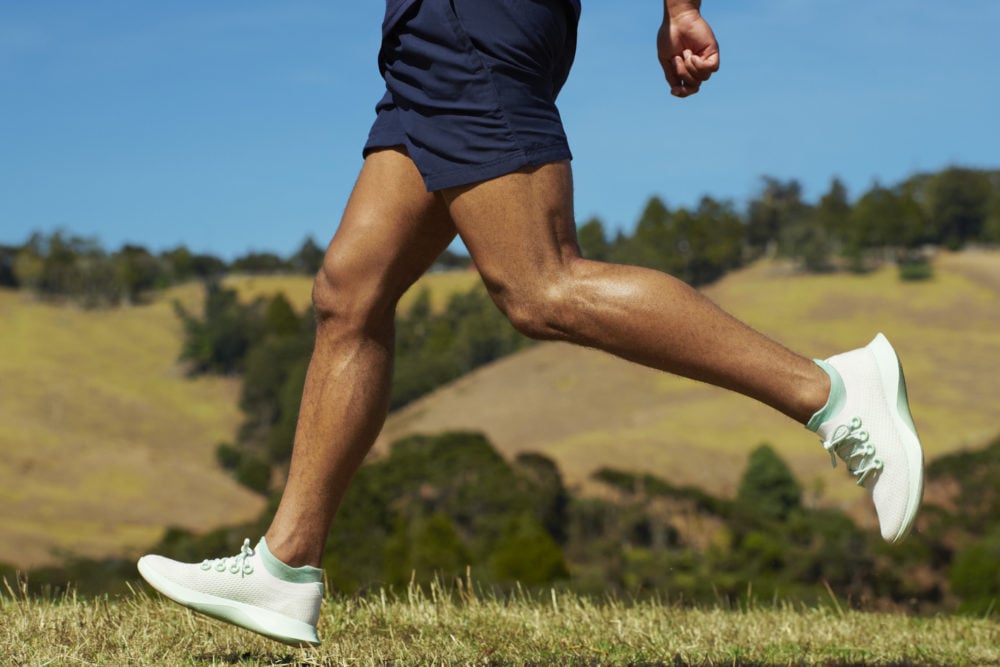 How do the running shoes look?

My previous runners screamed “orthopedic footwear” and came with shiny faux-leather accents in colours like hospital-waiting-lounge-chair grey with accents of…coral. So these were a definite upgrade, style-wise, even if “Flame” (a pinkish hue) wouldn’t have been my first choice of colour. (Allbirds provided me with a pair for review purposes.) But they’re the first real running shoe I’d be willing to wear for activities other than running.

One quibble: Even though I do most of my running on paved trails, the front toe of my pale pink pair got pretty dirty, pretty fast. A darker colour might hide the dirt better.

How sustainable are the Allbirds Tree Dashers?

Let’s be clear: We’re not going to consume our way out of the climate crisis—it’s far better to not buy something in the first place, if you can help it. But I’m a regular runner, and I go through one pair of shoes a year, if not more. (Runner’s World says most shoes are good for about 650 to 800 kilometres, but I tend to keep my runners longer than that—I just watch for a worn-out sole.) Running shoes are that rare fashion purchase that can be deemed as reasonably essential—unlike, say, the blue satin maxi dress I bought on sale just before lockdown, and have subsequently worn once. 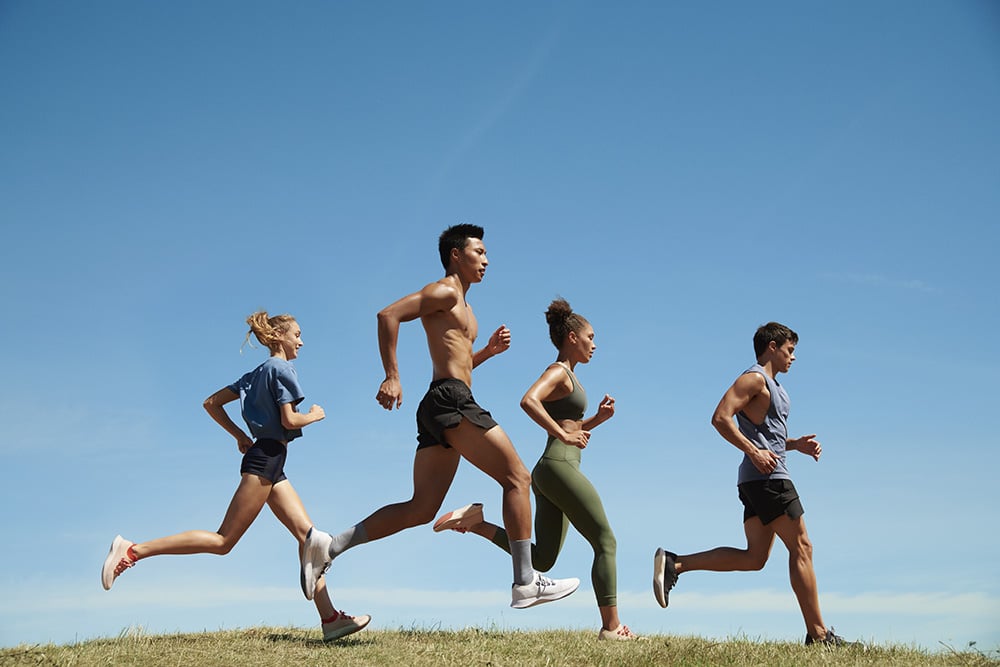 Allbirds says the Tree Dashers have a per-pair carbon output of nine kilograms, which it says is nearly 30 percent lower than the average sneaker. (For its next move, Allbirds has teamed up with Adidas to design a running shoe that has a carbon footprint that rings in at only two kilograms a pair.) The shoes are also made of natural and renewable materials—including merino wool, eucalyptus and sugar cane—instead of synthetics like a typical running shoe.

I like Allbirds because sustainability seems to be built into the brand, and its shoes are pretty easy to clean—read on for more about that—and fairly durable. (My high-tops still look presentable after more than a year of heavy use.) So, in other words, the Tree Dashers are a great first step. One suggestion to the company for taking its commitment to sustainability a step further: I’d love for Allbirds take its sneakers back at the end of their lifespan, and find a good way to reuse or recycle them. (Runners often leave their sneakers pretty trashed, which means they can’t be donated; the municipal garbage system in Toronto, where I live, suggests runners be thrown out if they aren’t fit for donation.) Levi’s, for example, has a new style of jeans that’s partly made from recycled denim—which, the company says, can themselves be recycled when they’re worn out.

How do they wash?

The Tree Dashers, like all Allbirds, are machine washable. (The company suggests removing the insole and laces before washing, putting your shoes in a garment bag—which I did—and washing the insoles by hand—which I did not, because I am not made of time; I just threw them in the garment bag too.) As I mentioned, mine got dingy quite quickly, and looked substantially brighter after a wash and air dry on my back deck. 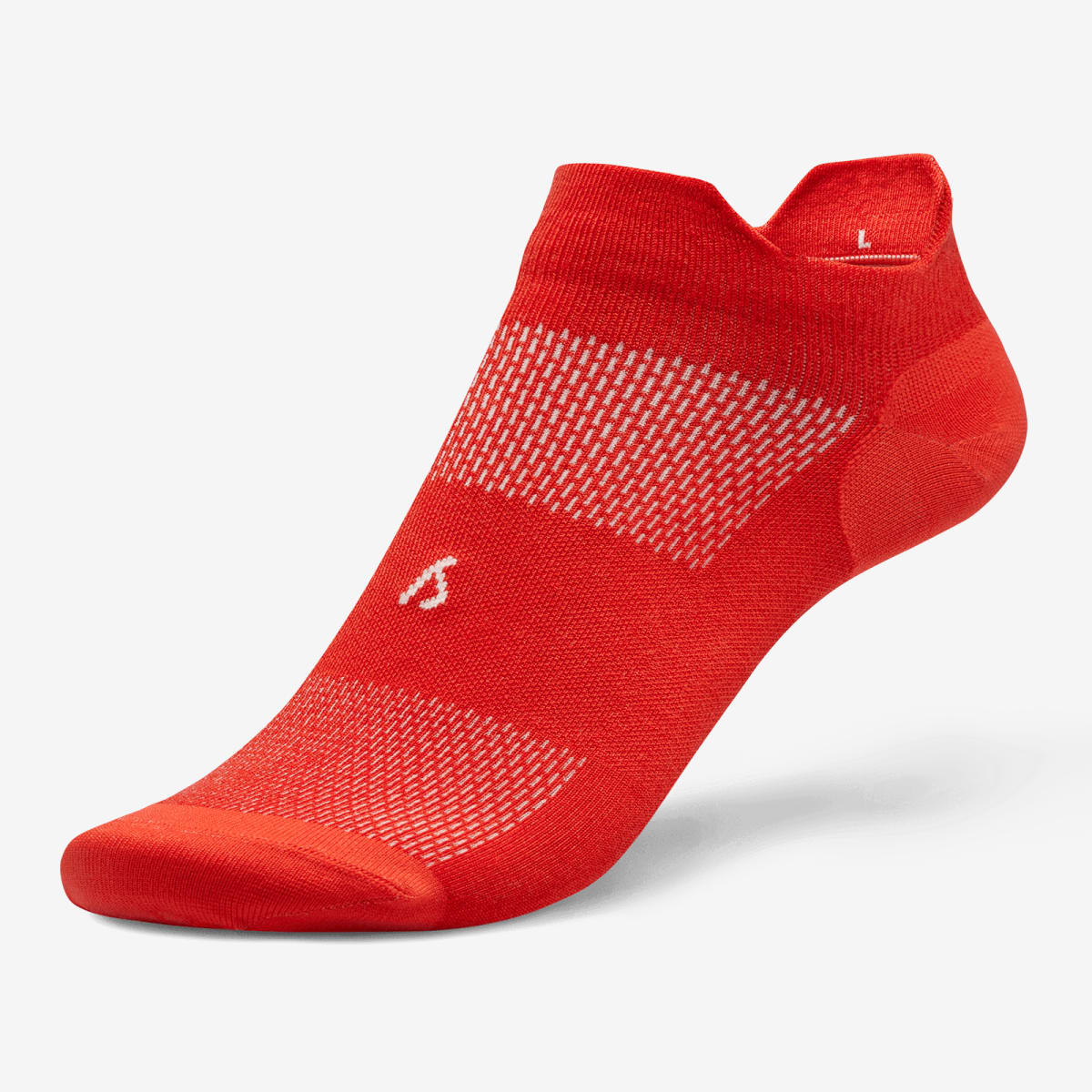 I am, generally, a fan of Allbirds’ breathable, cooling socks, which are made of its “Trino” fabric—a blend of merino wool and eucalyptus tree fibre. (Read our review of them here.) When I blew through my pair of padded running socks, I ordered some of Allbirds’ new running socks to try.

They pair nicely with the Tree Dashers—peeking out just enough without being too high—and come in a complementary range of colours. But unlike most of my other running socks, they’re not padded, which I missed. I took them on a few fairly long runs, and they weren’t uncomfortable—I just would have preferred a little extra cushioning to protect my feet.