Five Ways to Become a Winter Person in Ottawa

Unless you plan on spending the next 60 or so days near the equator, winter is here for the duration. Why not make this the year to fully embrace the season’s charms? Below is a five-step program to become a winter person in Ottawa. 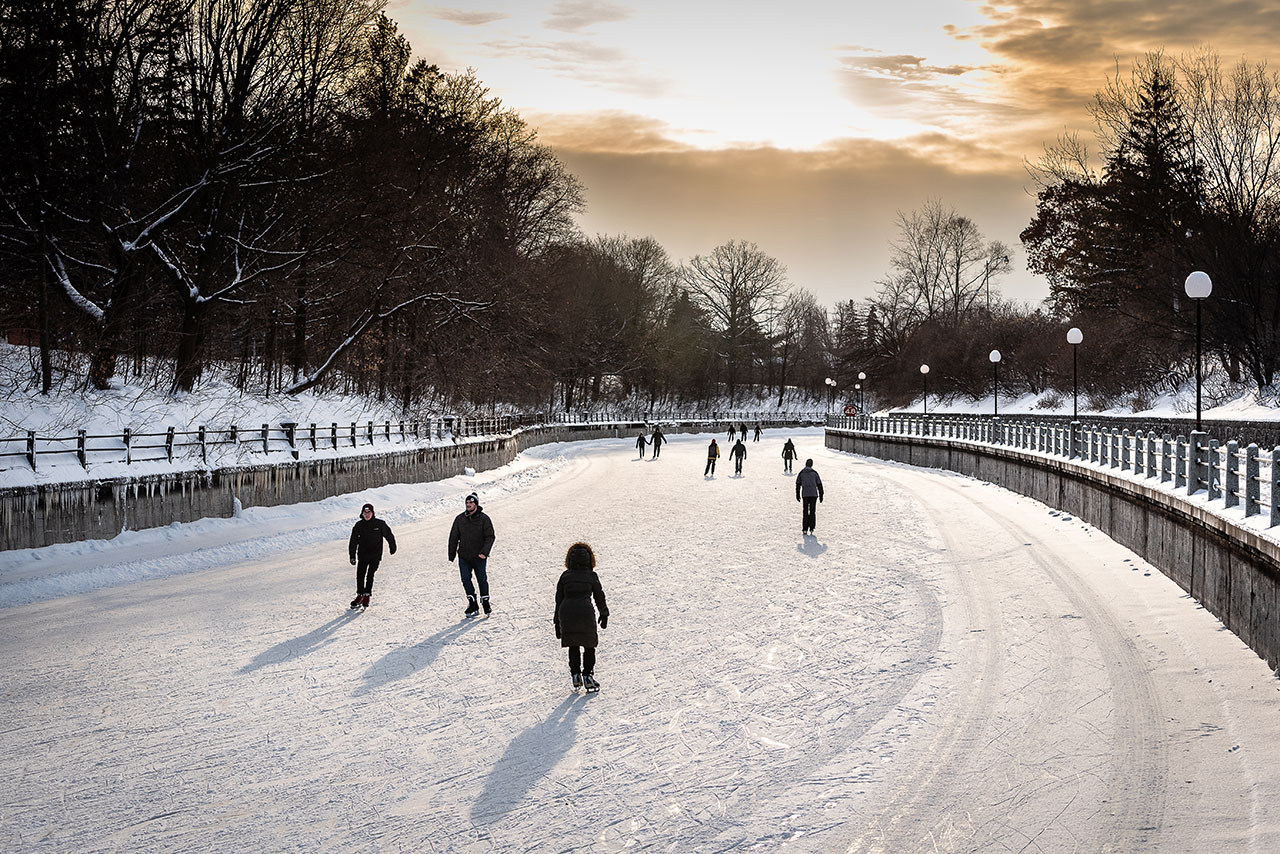 1. Dine at a Top Restaurant

Kick things off with an outing that doesn’t require thermal underwear: Grab a great meal. Over the past few decades, Ottawa’s culinary landscape has steadily grown and evolved. Today, our nation’s capital is rife with world-class restaurants. Take advantage and dig into a meal at buzzy restaurants like Alice (a veggie-leaning spot from award-winning chef Briana King), Gray Jay (with a menu inspired by foraging during Canada’s four seasons) and located in ByWard market, Oz Kafe (a fresh incarnation of Oz Balpinar’s popular eatery). Bonus: Female chefs are at the helm in all three. 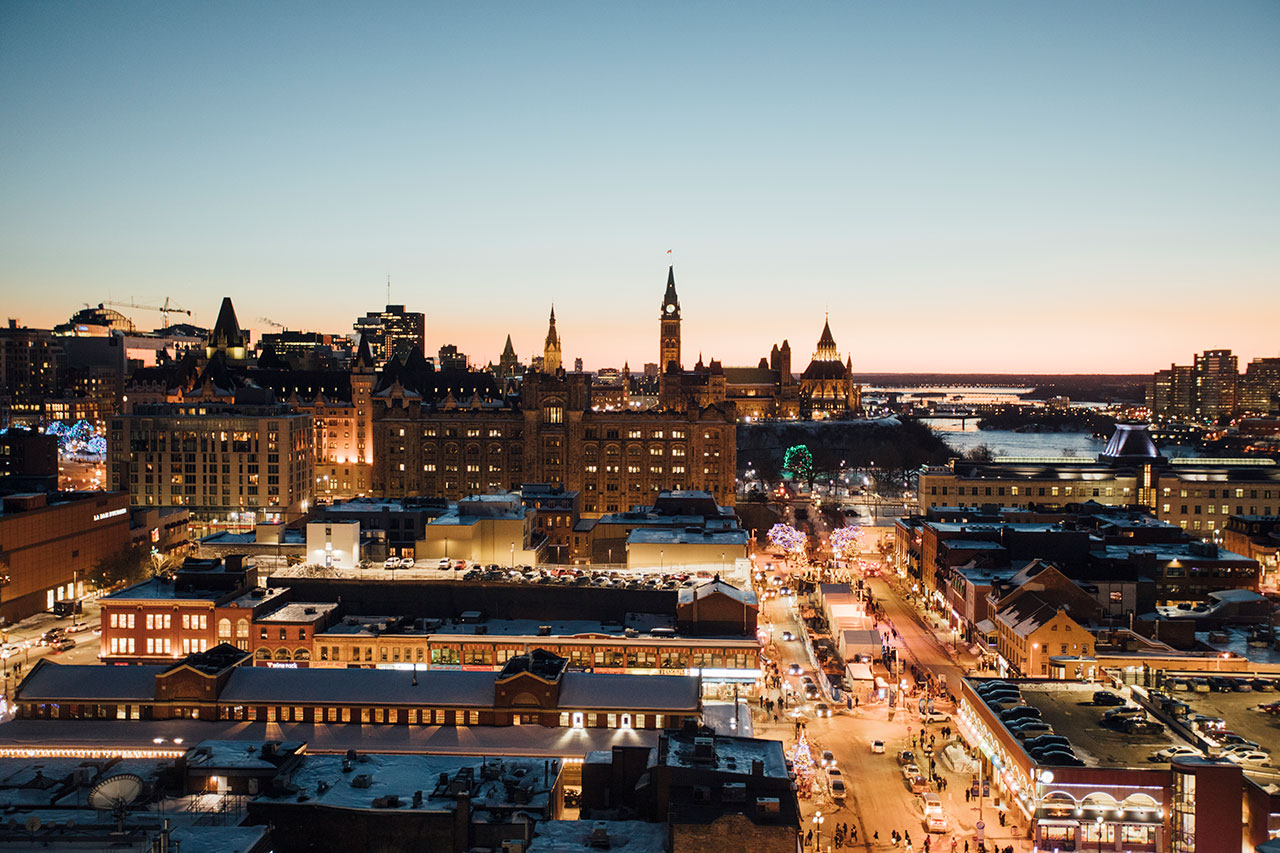 A music festival is probably familiar territory, making it the ideal place to continue your winter-embracing journey. Admittedly, winter music festivals don’t offer sartorial opportunities on par with their summer counterparts (parka over prairie dress, anyone?) but they do offer the same level of delight that comes with discovering your new favourite artist live onstage. To that end, catch the TD Ottawa Winter Jazz Fest from January 30th to February 1st. Spoiler alert: Our money is on Brooklyn’s Becca Stevens Band and Clarice Jensen to be festival faves. 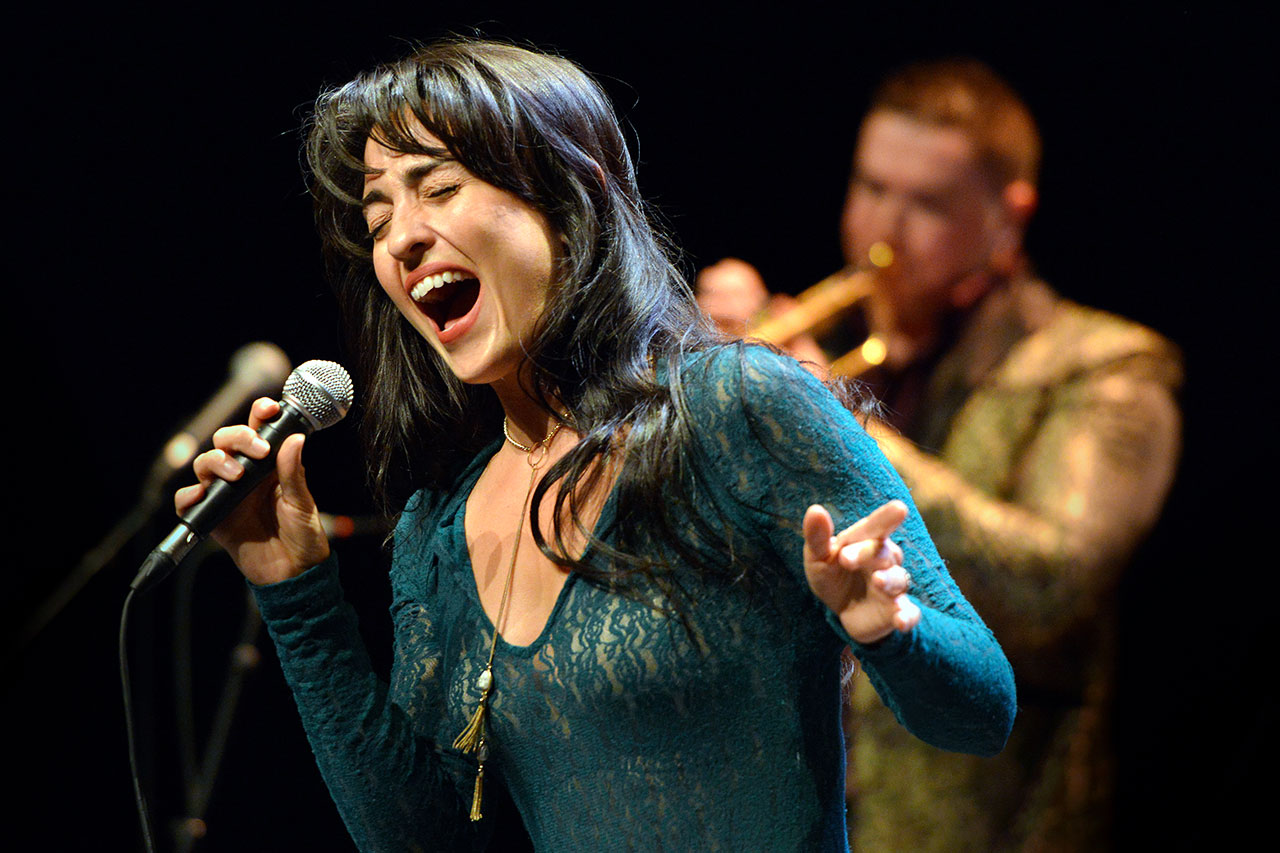 3. Book a Massage in the Forest

Your next step involves actually spending time outdoors, albeit by wearing a plush robe instead of a snowsuit. Nordik Spa-Nature is a haven of relaxation and wellness in charming Old Chelsea, a village on the outskirts of Gatineau Park just 10 minutes from downtown Ottawa. The Scandi spa’s sprawling property is outfitted with tons of amenities including 10 exterior baths, nine saunas, a saltwater flotation pool, four restaurants, an infinity pool and more. There are even outdoor massage pavilions strewn throughout the forest so, technically, that hot stone or Shiatsu massage counts as an outdoor activity.

4. Step Outside in the City

Speaking of the outdoors: It’s time to give it a try. While the quick brush swirl of blush is all it takes to fake a healthy flush, nothing quite compares to the real deal. Enter the countless outdoor activities to enjoy in and around Ottawa, like the Rideau Canal Skateway, a UNESCO World Heritage Site that also holds the Guinness World Record for the largest naturally frozen skating rink in the world. Whether you skate only a few metres or the entire 7.8-kilometre span, end on a sweet note with a quintessentially Canadian treat: a BeaverTails pastry. 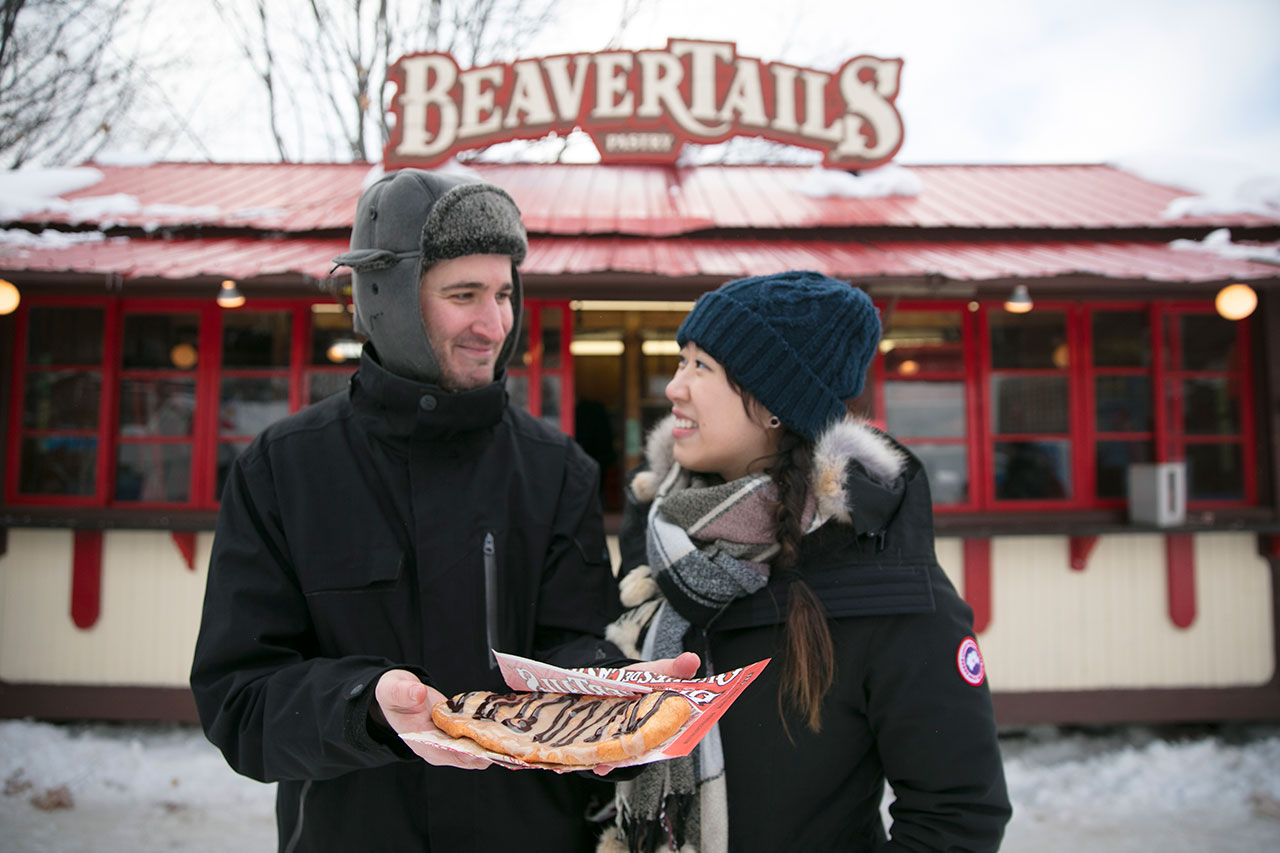 5. Head for the Hills

What’s the final test of winter appreciation? Explore Gatineau Park by skis, snowshoes or even crampons strapped to your boots. This veritable winter wonderland is just 15 minutes from downtown yet feels like an escape into seclusion. (The area is home to the official summer residence of Canadian PMs, so you never know whom you might bump into!) If you’re craving creature comforts and caffeine after tackling the trails, you’re in luck: The third-wave coffee movement is alive and well in Ottawa, with standouts including Bridgehead (several locations, plus a roastery that offers free tours once a month) and The Glebe’s Little Victories (the merch is almost as good as the coffee). 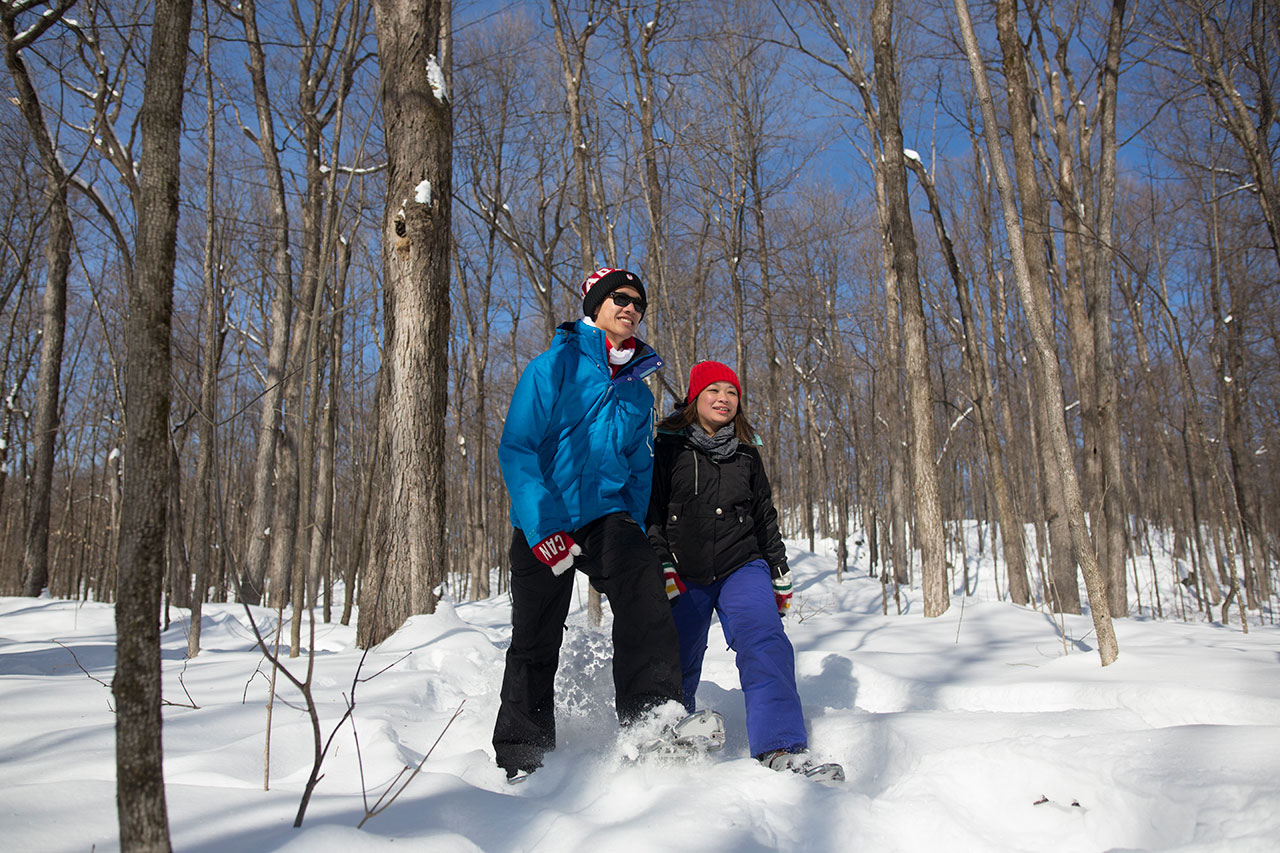 And there you have it: definitive proof that winter is embraceable! Ready to plan your Ottawa escape? Visit Ottawa Tourism to start planning.