Connecting To What Matters Along Canada’s Great Trail

B.C. filmmaker Dianne Whelan shares wisdom she’s gained while hiking, biking, skiing and canoeing 24,000 kilometres across the country. Telus has been with her every step of the way, offering a literal lifeline to friends and family in some of the world’s most remote wilderness 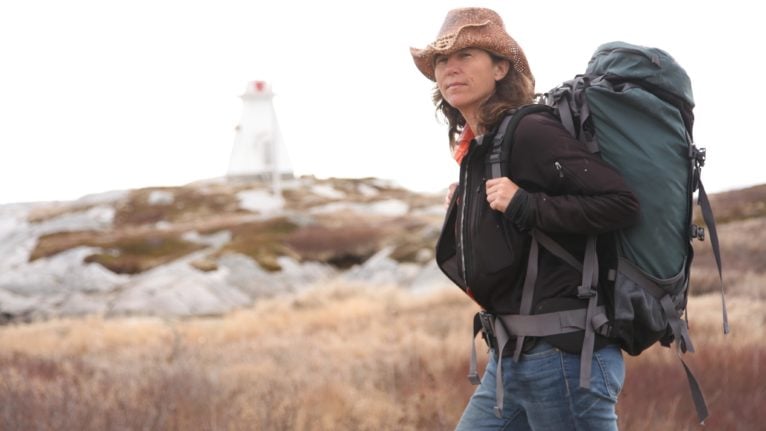 An adventure filmmaker based on British Columbia’s Sunshine Coast, Whelan, 55, is no stranger to tough assignments, with previous documentary projects taking her up Mount Everest and to the Arctic Circle. It was in that same spirit she tackled The Great Trail, formerly known as the Trans Canada Trail, setting out to hike, bike, ski, snow-shoe and canoe through more than 15,000 communities and some of the country’s toughest and least-travelled wilderness. Her sole companions: Her wits, a willingness to learn and a cell phone connected to the Telus wireless network.

Back then, she was confident she would finish the journey in two years. It’s why she titled the book and film she will create from the experience 500 Days in the Wild.

Fate—and the force of Mother Nature—would have other plans.

Five-and-a-half years later, Whelan’s adventure continues, though the end is now in sight.

To date, the trail has taken her from St. John’s all the way to Nunavut in the Canadian Arctic, across Quebec and Ontario, the Prairies, Territories and now, into British Columbia. She has trekked up rocky mountainsides, bushwhacked through dense brush, forged through smoky wildfires and heavy snowfalls, navigated icy break-ups, and paddled thousands of kilometres over rivers and lakes without seeing another human soul. Along the way, she’s also survived uncomfortably close encounters with local wildlife, including a particularly aggressive black bear on the banks of the Mackenzie River.

The encounter ended peacefully, though a few rifle shots were fired over the animal’s head: “So it’s a story with a good ending,” says Whelan in a recent cell phone interview from the trail near Banff, Alta. 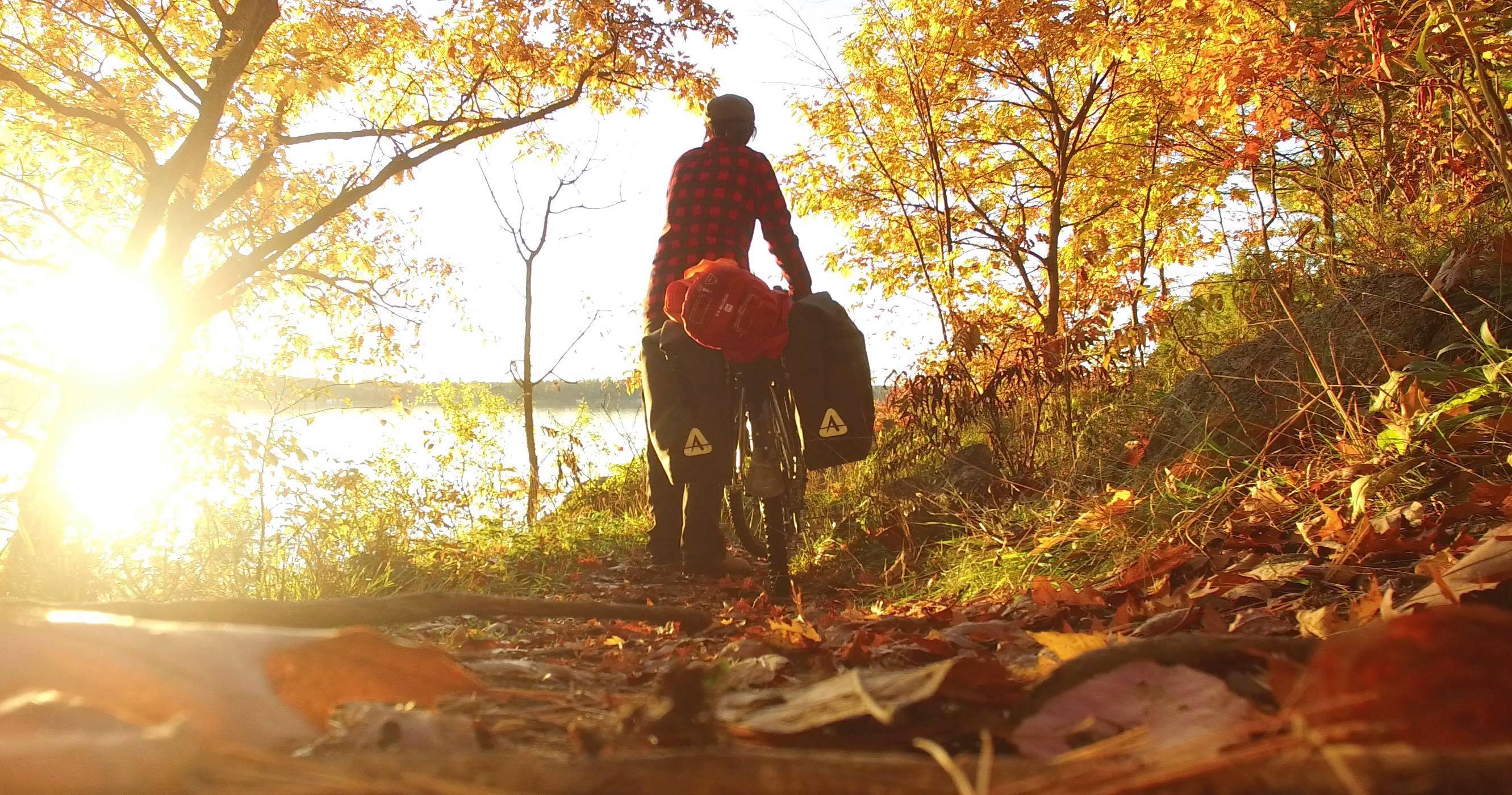 “When you are in nature everything is hard,” Whelan says. “But then there are moments of stillness and you just have to surrender to being fully present.” (Photo: courtesy Dianne Whelan)

Over the next months, she will tackle the trail’s final 1,600 kilometres to Victoria, the final official destination in the journey. She expects to reach the final point by canoe this year.

“I am not coming off this year until I am done,” she vows.

Telus continues to be with her every step of the way. With near-ubiquitous 4G LTE coverage available to 99.2 percent of Canadians, the network has been a lifeline to Whelan, keeping her connected to friends and family from remote sites along the trail.

Whelan also relies on that world-leading speed, coverage and quality for business—posting and editing photos and videos documenting her incredible journey to Instagram, Facebook and Twitter, generating funds for her film project, and invoicing clients around the world to keep her company operating during the trek. A travel-ready solar panel allows her to efficiently charge four power banks, which, in turn, keep her smartphone juiced up wherever she may be.

A reliable connection came in handy in July when her documentary series, The Beacon Project, co-directed with Halifax media artist Ann Verrall, was shortlisted for a 2020 Leo Award, celebrating excellence in B.C. film and television. She was able to tap the network’s strength to virtually connect to the prestigious event from the trail.

“I am basically running my life and my business off of this phone,” Whelan says.

Critically, the network, along with satellite connection, has helped her to stay safely on course through an app that plots the user’s position in real-time. That’s proven invaluable as she travels into areas that haven’t been accessed by people in years.

“There are times when I am literally cutting the trail and I rely on my phone to monitor the app and make sure that my little blue dot is staying close to the green line [marking the trail],” she says.

And that connection is only growing. Telus continues to increase both wireline and wireless Internet capacity even in the country’s smallest communities. Building on that speed and capacity, the company also launched its 5G network this year, with plans to expand across urban and rural locations nationwide over the coming months and years. 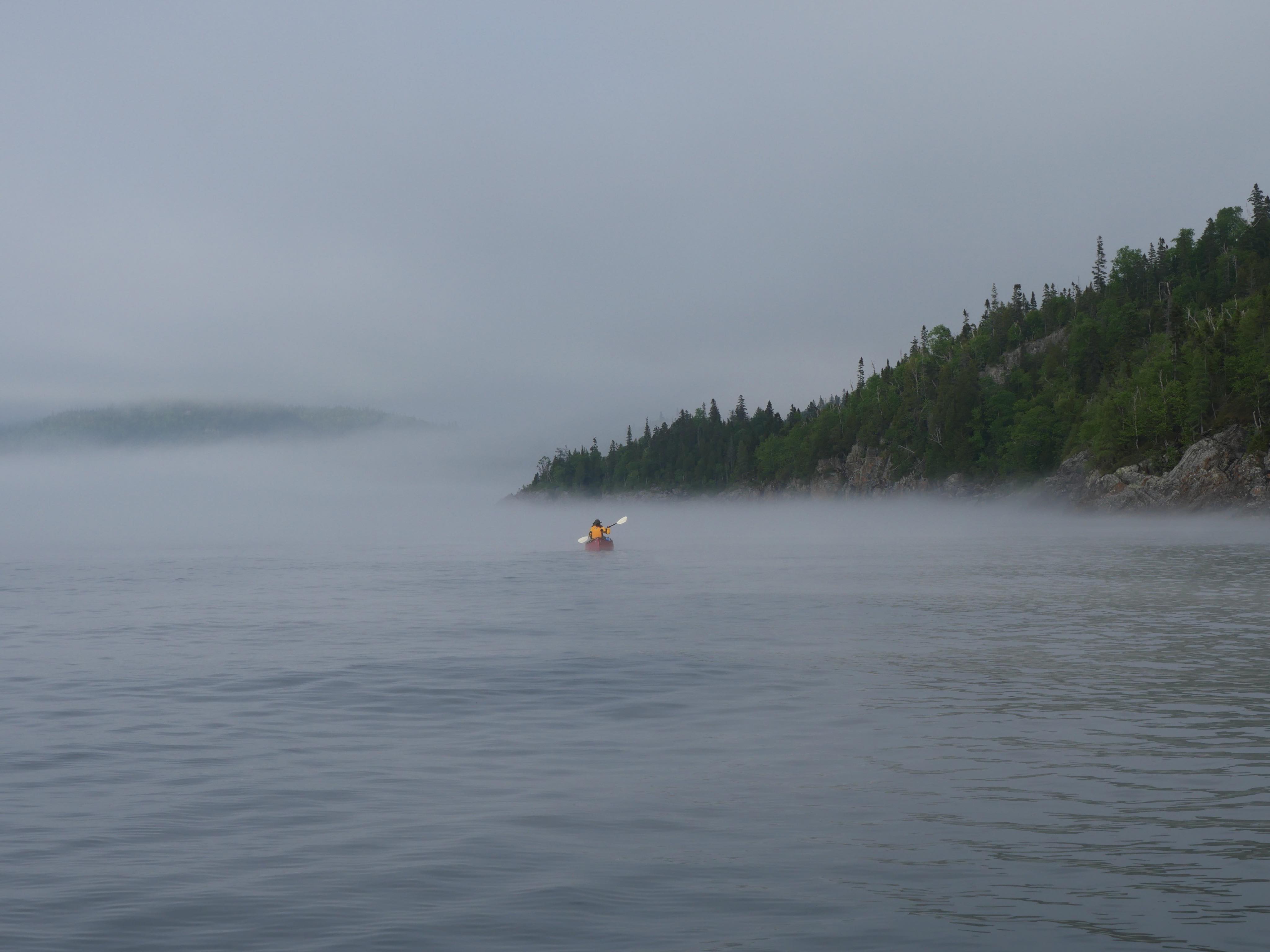 Over the next months, Whelan will tackle the trail’s final 1,600 km to Victoria, her final destination. She expects to reach the end point by canoe this year. (Photo: courtesy Dianne Whelan)

As her trek now moves into its final stage, it hasn’t gotten easier. But Whelan is wiser.

When she left Newfoundland, she was determined to travel on her own. These days, she has changed that vision. For more than a year, she’s been joined by her girlfriend, Louisa Robinson. Together, the pair paddled 3,500 kilometres across the Great Slave Lake, Mackenzie River and other bodies of water to Tuktoyaktuk. Friends and strangers have also accompanied her along various stretches of the trek, keeping her company and helping to ease some of the physical challenges of the journey.

Once, when she had lost her tent in bad weather and was facing the prospect of sleeping outside—exposed to the weather and ravenous mosquitoes—a man she’d never spoken to before showed up and, without speaking, handed her a new, 12-person tent. Whelan later learned the man had purchased the tent for his daughter, who died in an accident before she could use it. Heartbroken, he’d kept the box unopened until he heard of Whelan’s plight.

“His gesture of kindness was just so profoundly moving,” she says. “And that’s just one story. I probably have a hundred more just like that.”

These days, Whelan strives to stay focused on the intense beauty she daily encounters, rather than look to what’s ahead. The finish line is in sight, but the time it takes to get there is not the yardstick by which she measures the experience. It’s the people she meets, the stories they share, an outline of wolf paw prints in the sand and the eagle feather reading the wind at the front of her canoe.

The artist in her is eager to share the journey in film and print. But the adventurer is content to be exactly here she is, grateful for every minute on the trail.

“When you are in nature everything is hard—the wind, the waves, the rocks,” she says. “But then there are moments of stillness and you just have to surrender to being fully present.”

As an independent filmmaker, Whelan is partnering with the Canadian Parks and Wilderness Society (CPAWS) on a fundraising campaign. To become a Mother of the Film, go to CPAWS.