Learn how good bacteria balances the microbiome in your mouth to stop halitosis. 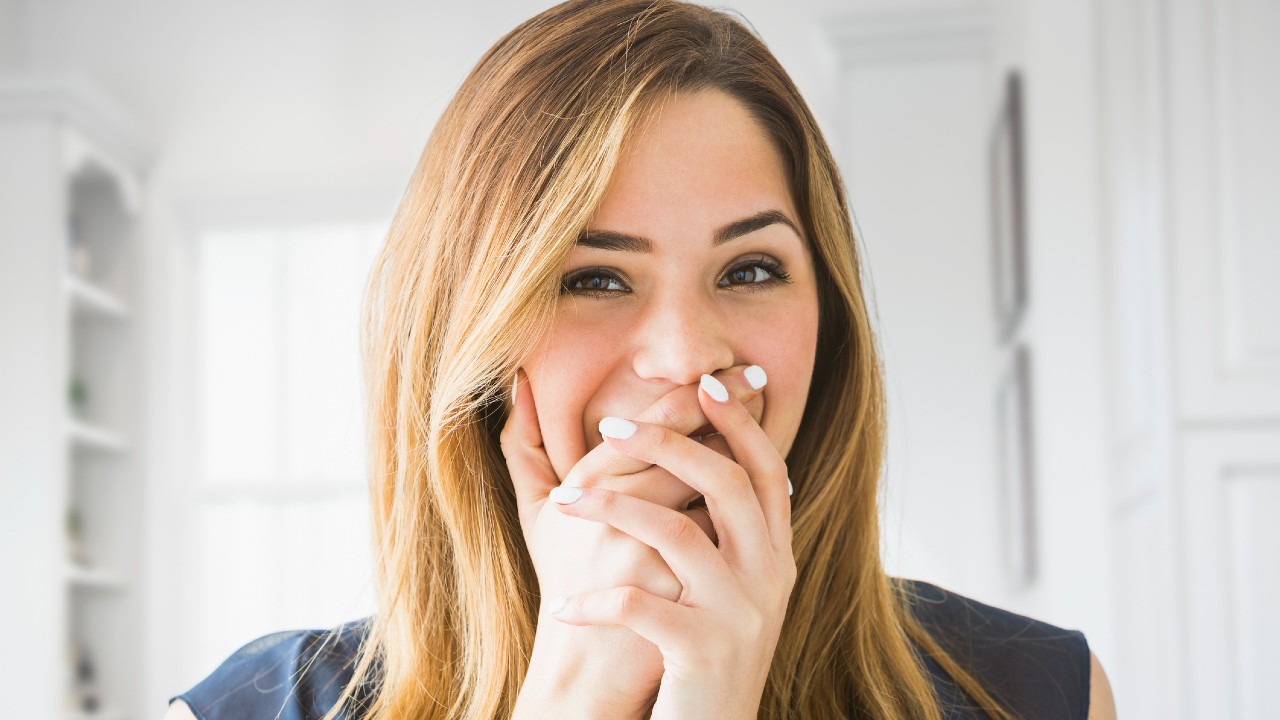 Have you ever avoided a conversation or cut it short, because you’re worried that you have bad breath? If so, you’re not alone—studies show that up to 50 per cent of people experience bad breath, affecting their self-confidence and getting in the way of social interactions.

Bad breath—also known by its scientific term halitosis—is caused by an imbalance of bacteria in the mouth. Like your gut, your mouth and throat have their own microbiome that needs a mix of bacteria to be healthy. Odour-causing bacteria feed on food particles and proteins, producing a foul-smelling by-product called volatile sulphur compounds (or VSCs). There’s also evidence that some people with bad breath naturally have lower amounts of helpful bacteria like Streptococcus salivarius K12 that help balance the microbiome.

Why most remedies only mask bad breath

If you suffer from halitosis, you’ve likely tried it all—chewing gum, mouth wash, mints and more. You might feel more confident for a few minutes, but the bad breath always returns. That’s because these measures only address the odour, they don’t stop it from occurring in the first place. If you want freedom from bad breath, you need a solution that targets the bad bacteria and keeps it from returning.

How probiotics work for oral health

While probiotics for gut health aid in digestion, oral probiotics can help rebalance the oral cavity microbiome by fighting bacteria that can cause bad breath. Streptococcus salivarius K12 is a naturally-occurring oral bacteria that helps balance the microbiome but only two to five per cent of the population have enough for it to be beneficial.

Research has shown that the probiotic lozenges from BLIS, called FreshBreath which contain Streptococcus salivarius K12 (also known as BLIS K12), can colonize the mouth and prevent other bacteria from gaining hold. BLIS K12 also produces antimicrobial peptides that can find and destroy bad bacteria.

In a study, people who used BLIS Probiotics FreshBreath, with proper teeth brushing and an antimicrobial mouth rinse, saw the levels of VSCs—the compounds that cause the foul breath odour—in their mouth decrease from 400 parts per billion (ppb) to 100 ppb. The normal range for VSCs is 80 to 160ppb. With continued use of BLIS Probiotics FreshBreath, levels of VSCs remain low and bad breath doesn’t return.

It’s important to use FreshBreath as part of a good dental hygiene routine. Brushing and flossing reduce the amount of food and plaque in your mouth, giving bacteria less to feast on. An antimicrobial mouthwash will kill bad bacteria, but it will return after a few hours. When you introduce good mouth bacteria with a peppermint FreshBreath lozenge after the mouthwash phase, the good bacteria will take over, and the bad bacteria won’t be able to proliferate, stopping the cycle of bad breath.

All BLIS Probiotics are developed by a team of microbiologists in Dunedin, New Zealand and have been approved by Health Canada. FreshBreath is available at Healthy Planet, Choices, Rexall and Sobeys.