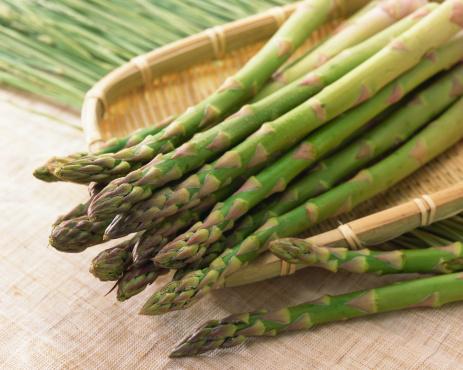 We’ve all heard about the effects of oysters and chocolate on a person’s libido, but did you know that innocent dishes like pumpkin pie can also perk things up? The idea of a food acting as an aphrodisiac isn’t new, but the reasoning behind it may surprise you. Learn about the foods of love – and why they affect us they way they do.

There’s the obvious, shape-related reason why women are said to become excited while eating this veggie – and why men enjoy watching them. But, there are scientific reasons as well. Asparagus is high in vitamin E, which is considered a sex hormone stimulant. Not buying it? Try one of the following dishes and conduct an science experiment of your own.

Casanova was rumoured to eat dozens of oysters a day and shellfish has retained a legendary reputation ever since. Truth is, oysters and other shellfish are high in zinc, which aids in the production of testosterone and can fuel sex drive. Try one of these recipes, and don’t be afraid to use your hands – sharing finger foods is a sensual delight.

Jalapeño peppers, curries and other spicy foods can raise your body temperature with their natural heat, but they also contain the chemical compound capsaicin, which stimulates nerve endings and raises the heart rate. Capsaicin can also cause a release of pleasure-enhancing endorphins. Kick start your heart – and his – with these spicy dishes.

You can’t talk about aprhodisiacs without mentioning what many believe to be the mother of them all, chocolate. So what’s the secret? Research suggests that the stimulant phenylethylamine can cause a heightened sense of well-being as well as a caffeine-like jolt to the brain, which can result in physical excitement. Our emotions play into it as well, thanks to the long-standing association of chocolate with sensuality and romance. Serve one of these decadent desserts and let the love flow.

If the way to a man’s heart is through his stomach, then his nose isn’t far behind. According to a study conducted by the Smell and Taste Foundation in Chicago, men were aroused by the smell of pumpkin pie (and buttered popcorn!), while women responded well to Good ‘n’ Plenty licorice candy. Bake up a classic pumpkin pie, or try one of these other delicious variations. Just be sure to keep the windows closed!