Forget the veggie plate — try this retro party appetizer instead.

The hors d’oeuvre: A potted “Nibble Tree” sprouting assorted meats and smoked oysters — without hesitation, the pièce de résistance in Elaine Collett’s summer-y spread, “Show-off Salads.” Billed as a “delectable salad centrepiece in a clay flowerpot,” the edible — and decorative! — hors d’oeuvre display was designed to revive cooks from their mid-July food doldrums with a little outdoor inspiration. Cooked meats, cheeses, pimento-stuffed cherry tomatoes, and other treats were skewered with wooden toothpicks and shoved into a potted thick-skinned grapefruit. To finish, summer greens, like parsley and watercress, were placed in gaps to create a realistic, bush-like appearance. If only ham-and-Roquefort pinwheels existed in nature. 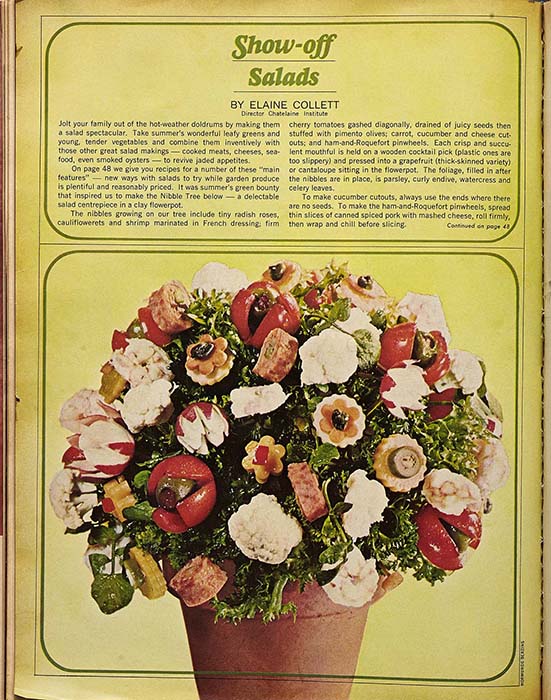 The Nibble Tree, a 1966 party appetizer.