While a slew of birthdays bunched together can be tough on the wallet, they can also be a great excuse for a backyard BBQ. We used it to try out some of our favourite recipes 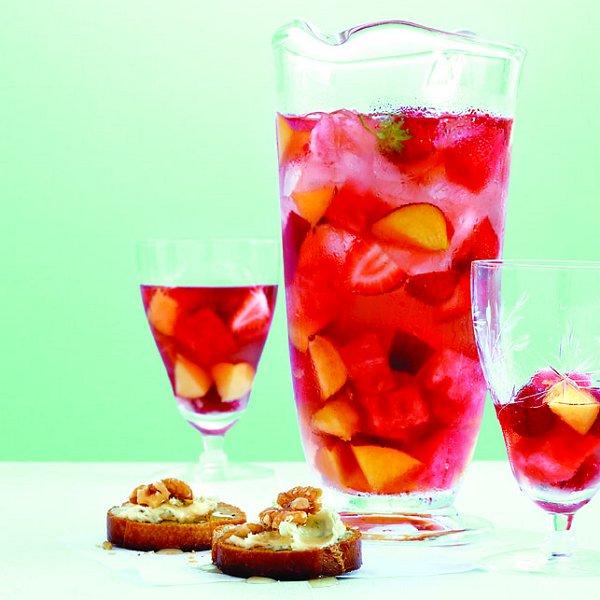 I don’t know if anyone else’s family is like this, but mine has certain periods of the year when it’s all birthdays, all the time. March is one and the other is pretty much the entire summer—my brother, parents, nephew, an aunt, one of my best friends and my cousin’s son were all born in a two-month span. On one hand, it’s kind of difficult on my wallet. On the other, it’s a ton of ready-made excuses for the quintessential summertime gathering: the backyard BBQ.

This past weekend we had a ton of family over to celebrate my dad’s birthday, and I decided it was the perfect time to try out some Chatelaine recipes.

1. Sweet Peppers with Garlic-Herb Oil
Like some of my fellow editors, I went with these grilled veggies as a side. But my dad is very big on his vegetables, so I threw in some eggplant, zucchini, asparagus and chunks of red onion with the sweet peppers. Instead of just tossing with the oil-balsamic vinegar-herb mixture I let everything sit for about 20 minutes, so they had some time to soak up all that marinade goodness. They were super-tasty (there was just enough left for my lunch the next day!), but they would have been even better if they’d had a bit more time to soak.

2. Salad with Lemon-Dijon Vinaigrette
Another of my dad’s faves? Salad… with homemade dressing, if possible. Being the good daughter that I am, I knew I’d be trying one of the gourmet vinaigrettes we featured in our August issue as soon as I saw the story. One Sunday, I whipped up the lemon-Dijon version and it was probably the easiest part of my entire day. I served it over a mix of baby spinach, blueberries, mandarin orange and sliced red onion.

3. Rosé Sangria
No party is complete without a tasty drink and this one was very, very tasty. Sometimes I find sangria a bit strong, but this lightened up version is extremely drinkable. The only bad thing was that I made a classic mistake: I didn’t read the directions before getting started, so I ended up adding everything in the wrong order. Luckily, it was sangria and didn’t rely on any complicated chemistry to come together. Unluckily, I added the fruit last to an already brimming jug and almost spilled some of my precious drink!