Loads of flash-grilled veggies give this layered terrine sweetness, while the punchy green sauce makes for a stunning dish. 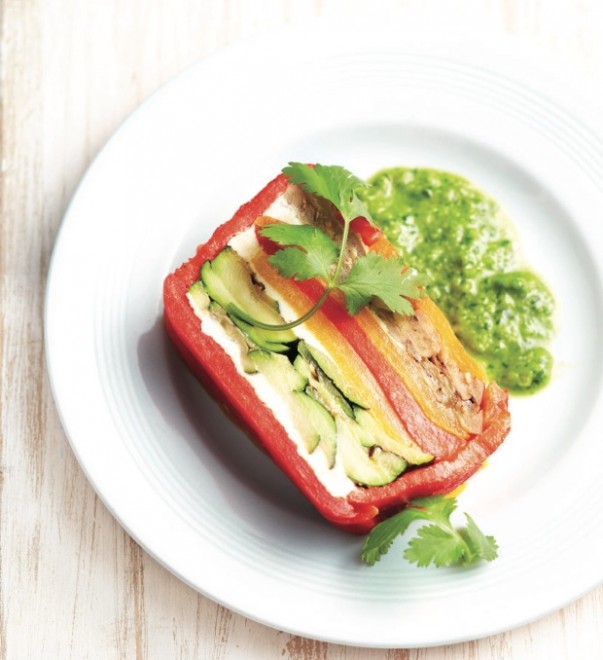 To celebrate our 85th Anniversary, our kitchen hit the archives for a taste of the headline-making trends from the past 85 years. This delicious vegetarian appetizer is based on the circa 1980s trend of slimmer dinners. It was an era of fad diets, crash diets, tall food and nouvelle cuisine. Yogurt’s suddenly king and eggs get a bad rap. Meals are lighter and health is at the forefront, right down to special “dieter dinner parties,” which include the likes of beet salad, salmon with apples and brown rice pilaf. 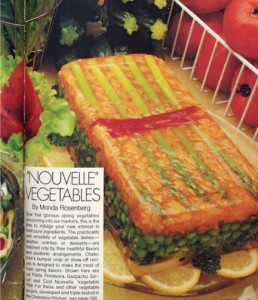