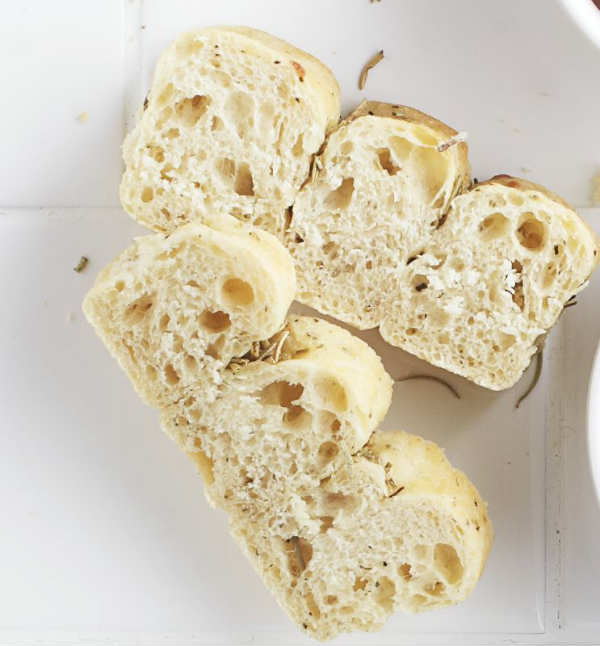 Slice focaccia into 1/2-in. slices. Arrange on a baking sheet. Brush both sides with olive oil and sprinkle with pepper. Bake in a 350F oven until golden and toasted, 6 to 7 min per side. Serve with soup.