10 (other) things to know about making the perfect pie

To kick off pumpkin and apple pie season, here are some new tips and tricks to add to your baking repertoire. 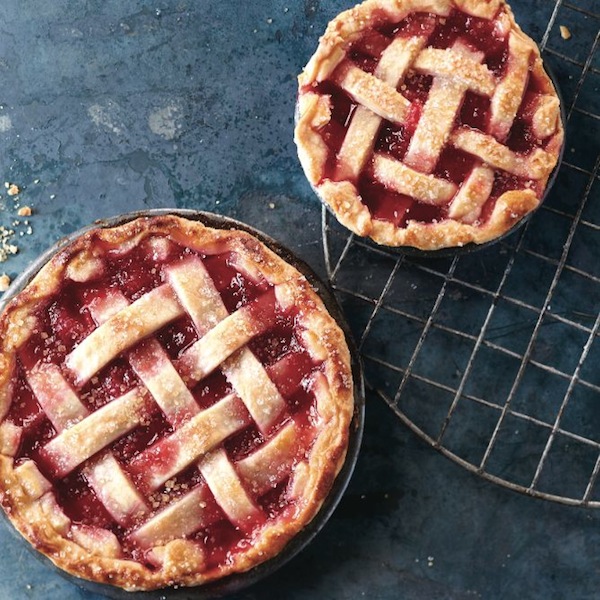 We’re all pros at pie-making right? Of course we are! That being said, one thing I’ve learned about making pies is that you can never learn too much. It seems to be a life-long lesson – filled with lots of delicious sampling. So, to kick off pumpkin and apple pie season, here are a few more pie making tips you may not have heard of:

Your dough is over-chilled: We’ve all left our dough chilling a few minutes too long in the fridge and when we’re ready to roll it out, the dough isn’t. Instead of waiting, take a tip from French bakers who use their rolling pin as a tool to soften cold butter. To do this, rest your dough disc (still wrapped in plastic wrap) on a cutting board. Use your rolling pin to firmly rap it down on the dough, helping it to become more malleable. You will need to hit it relatively hard. Unwrap and proceed to roll out as per recipe instruction.

Up your egg wash: A lightly beaten egg won’t spread across pie dough evenly. Some parts will be more gelatinous than others. To overcome this, stir 1/2 tsp of salt into the egg and let it sit for five minutes before using. Lightly beat again, then spread the egg wash over your pie. The salt breaks down the gelatinous quality of the egg, allowing it to spread evenly. If you prefer extra browning, adding a touch of cream to the egg wash. The added protein and sugar will cause extra darkening.

High to low temperature: Ever wondered why you are often asked to bake a pie at a high temperature only to turn the oven down a few minutes later? This high temperature causes the chemical reaction needed between amino acids to make your crust darken.

Let it hang out: Are you being asked to crimp your pastry for your recipe? If so, don’t trim off the excess from your bottom pastry. Let it overhang while you fill your pie and put the top on. The extra dough will make crimping so much easier. Then, use any excess pastry for patchwork.

Cut your fruit correctly: Fruit that’s cut into small pieces may cook faster, but it will also release more liquid as it bakes, since more of its surface area is exposed. Consider this when deciding how to chop your apples or other stone fruits. (Smaller cut fruit pies or berry pies may need more thickening agents.) When loading the fruit into the pie shell, be sure to gently press down on the filling to disperse any air pockets.

Chill, chill, chill: Whether your crust is pre-baked or not, chill the dough in the pie plate for at least 30 minutes before baking. Cold dough will shrink less. This is particularly important when baking tart shells.

Give it a rest: After the baking process, two things happen as a pie cools. Thickening agents such as flour or cornstarch set, and more pectin is released from the cooked fruit. Both of these will lend to a less runny pie that is easier to slice. Try to bake your pie at least four hours in advance of serving. While romantic, the notion of serving warm pie isn’t ideal for the pie itself. It’s best when cooled to room temperature.

Sugar or no sugar in the crust: Why do some pastry recipes call for sugar and others don’t? Aside from the flavour difference, pastries with sugar have a slightly more crisp texture. The addition of sugar also means they will brown up quicker in the oven.

All puffed out? When working with puff pastry, in particular for tarts or small hand pies, things can get stretchy and sticky quite quickly. Don’t keep adding more flour to combat this or you will end up in an even sticker situation. Instead, transfer the dough to the fridge and let it chill for 15 to 20 minutes, then resume working with it.

Learn how to weave the gorgeous lattice-top pie crust shown above here.