Feel like chicken tonight? Here's everything you need to know to get it just right. 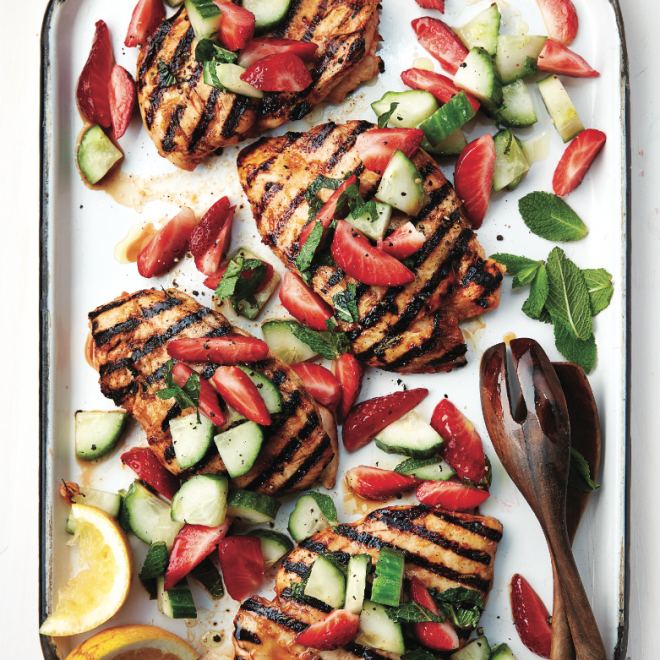 From the right cut, to proper marinades and grilling techniques, read on for the five things you want to know before getting your grill on:

2. Close the barbecue
Grill over medium-low with the lid closed. (It will allow the chicken to cook through evenly.)

3. Don’t turn it too often
To prevent chicken from sticking to the grill, don’t touch it for the first fifteen minutes. Then slide a metal spatula between the chicken and the grill before turning.

4. Get the marinade on early
If using a marinade, brush it over chicken during grilling — but stop at least ten minutes before the cooking is done to allow the marinade to fully cook.

5. Marinate ahead of time
For skinless, boneless chicken, marinate (check out our toppings page), then brush with oil. Grill over medium, about seven minutes per side.

Watch the video below to learn how to make Curtis Stone’s piri piri grilled chicken.