10 fantastic things to do in Buffalo, NY

From local beets done five ways to a cozy café that specializes in toast, there are enough great tastes in Buffalo to fill a weekend -- and a few grocery bags! 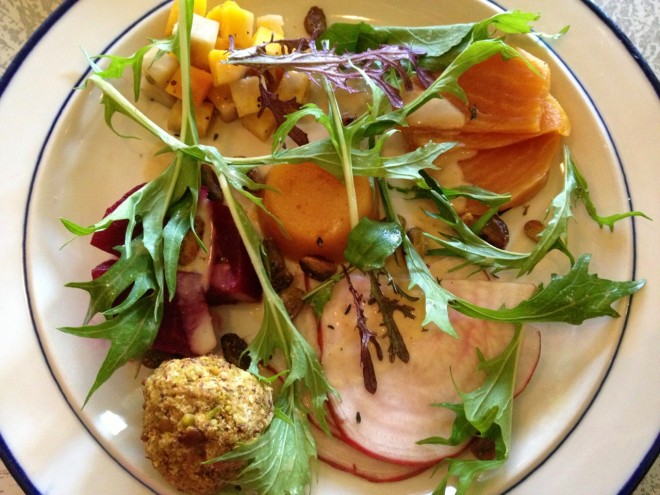 I’m going to get straight to the point: Go to Buffalo this weekend. Don’t forget your passport. Take the Niagara Rainbow Bridge instead of the Peace Bridge to avoid lineups. Bring some American money, then shop, eat, and discover how our friendly neighbours to the south truly have a few tricks up their Sabres jerseys.

Where to eat, drink and stay

The Lafayette
Designed in 1905 as a grand hotel by Louise Blanchard Bethune (the first professional female architect in America), and renovated in the Art Deco mien of the 1930s, before falling on hard times in the 1980s (including being used as a homeless shelter), this newly refurbished and chic hotel is the place to sleep, drink and eat in the city.

Start with an old-timey Old Fashioned at Mike A, the bar just off the hotel lobby (and home to the city’s 2013 ‘Best Mixologist’), or try an equally tasty new-fashioned Rocked (gin, Aperol, oolong, elderflower, and sparkling wine). Then, move on to Mike A’s hotel restaurant, and settle in for a tasting menu of elegant contemporary dishes under soft mood lighting and vaulted ceilings (the menu runs from seared scallops to foie gras on woodsy mushrooms). 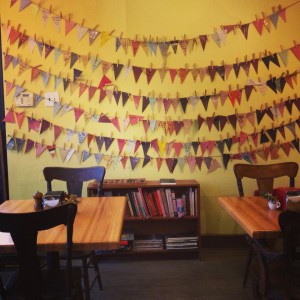 Five Points Bakery and Toast Café
This salt-of-the-earth bakery turns their bread-and-butter product (bread) into a breakfast staple (toast). The toast menu runs deep, but my pick was the culinary wit that sees whole wheat sharp cheddar with toppings of hot sauce, blue cheese, sour cream and pickles, turned into the toast equivalent of chicken wings!

Betty’s
Get to this neighbourhood spot early if you want a table for what they call Saturday “blunch” (which is really just brunch with an “l” instead of an “r”; a fact made even more confusing as on Sundays, they revert back to the de rigueur “brunch”). Big plates of shrimp and grits, tofu hash, scrambled mess, and my favourite, chilaquiles, a take on the Mexican hangover cure, full of corn tortillas, veggies, black beans and salsa verde, will fill you up for the day.

Vera Pizzeria
Dinner ran late, but if there had been any juice left in the tank, we would have hit Vera’s for expertly mixed after-dinner drinks.

At the turn of the last century, Buffalo had more millionaires per capita than any other U.S. city, and many elegant homes, parks and promenades reflect this fact; this includes the Delaware Park, which serves as the focal point of the Olmsted system, a series of parks around the city designed by the same designer of Central Park. 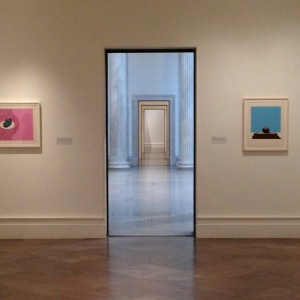 Lots to see at the Albright-Knox

Behind Delaware Park, with its waterfront pathway and weeping willows, you’ll find the Albright-Knox Art Gallery (which is worth the trip to Buffalo alone), where the focus is firmly on contemporary art. You can spend a couple of hours here enjoying the permanent exhibits, plus two-dozen outdoor installations. Plus, on view through fall and winter are terrific shows by Ken Price, Kota Ezawa, and an exhibition called Cubes and Rectangles, Boxes and Containers, that’s more interesting than it sounds.

Another big city draw is the breathtaking Darwin Martin House by Frank Lloyd Wright, where private tours are available to walk you through the genius of this circa-1904 masterpiece that holds up as the fresh new face on the block, inside and out. The multi-year mega-millions reno is almost complete and it’s a total must-visit.

Forget the outlet malls, there’s a hot downtown strip called Elmwood Village, that’s been brought back to life over the past decade. Now home to restaurants, bars, and shops, and where we spent a couple of hours, walking, talking and nibbling the afternoon away.

Village Beer Merchant
I spoke with the nice owners, and local craft brewer Ethan Cox, of Community Beer while taste-testing seasonal pumpkin beers and dark ales from the dozen taps for refilling growlers. The take-home: a six-pack of local McKenzie’s hand-pressed black cherry hard cider, and their green apple cider too. 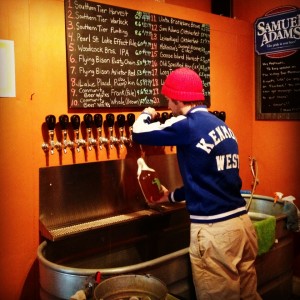 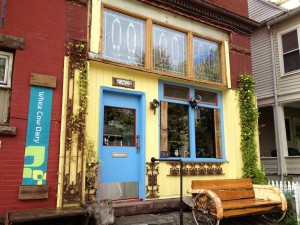 Inside this wee shop is the richest, freshest yoghurt you’ll ever try.

White Cow Dairy
This could very well be the most adorable shop I’ve ever been in. A new storefront offshoot of the Saturday farmer’s market (they got too cold standing around in the winter and protecting the glass yogurt bottles in their jackets), it’s full of amazing cream-based yogurts in petite jars in flavours from chestnut to natural grape. The products come from Blue Hill Farm, just south of Buffalo, where the fourth-generation farm feeds their grazing herd everything from peppermint to chamomile, and the flavour comes through in the milk. The take-home: Custard, coffee yogurt and whey-based yogurt drinks that are like Yops for adults!