How to start your own sourdough starter

During our three-hour class we made big crusty loaves of artisan bread, made from organic Canadian bread flour, Wolfgang’s stone milled whole wheat flour, and no yeast at all. Instead, we used a sourdough culture. 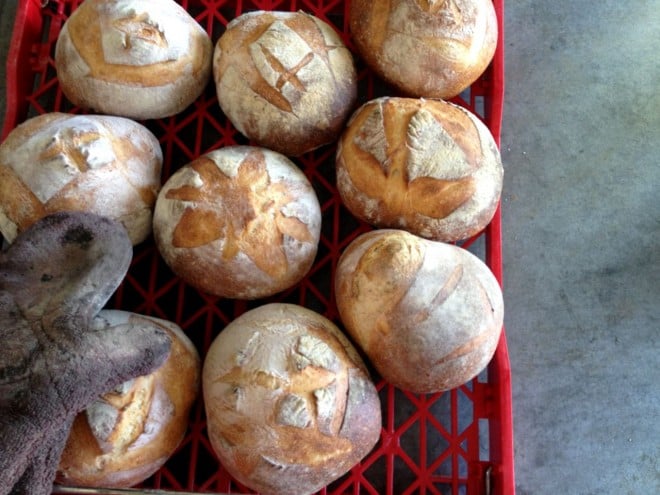 When I was in recently in Kelowna I had the chance to attend a baking class at Okanagan Grocery Artisan Breads with German-born owner and head baker, Monika Walker. Her first shop has been around since 2004, but due to the growing demand for her scratch-made breads, croissants (using amazingly delicious high fat local butter) pain au chocolate and Wednesdays-only pretzels, Walker opened up a second shop last summer. 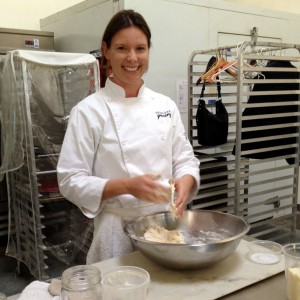 During our three-hour class we made big crusty loaves of artisan bread, made from organic Canadian bread flour, Wolfgang’s stone-milled whole wheat flour, and no yeast at all. Instead, we used a sourdough culture, which meant the bread rose to crusty perfection over several fermentation periods that ranged from a half-hour to two hours. This meant that the bread had already done its fermenting before we baked it. It also made the dark golden crusty loaves more easily digestible – not to mention more delicious than your average loaves. 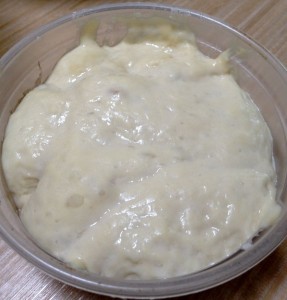 Sourdough starters are a prized ingredient for bakers and baking enthusiasts alike. Some starters are decades old and have been spread in bits and pieces from the old country to the new.

Here is Walker’s recipe for getting started on your own sourdough starter:

Mix 1/4 cup lukewarm water and 1/4 cup organic white or whole grain flour in a glass jar or container. Cover with a kitchen towel and place in a cool, shaded spot for two to three days. Check culture to see if any bubbles have formed. If nothing has happened, let it sit a couple more days. (If a crust has formed, don’t worry, just peel it back and inspect the culture for a strong, sour smell and a small amount of bubbles.) If this is the case, you can start feeding your culture!

From here on in, your culture will have to be fed like a pet every 24 hours with equal parts flour and water to double its volume. For this recipe you want to start with 1/2 cup water and 1/2 cup flour.

Discard half of the fermenting batter before your next feeding in order to not end up with a giant blob that takes over your kitchen. You will need to start making your culture two weeks before making your first wild yeast sourdough loaf.

Don’t forget to name your starter: It’s a live 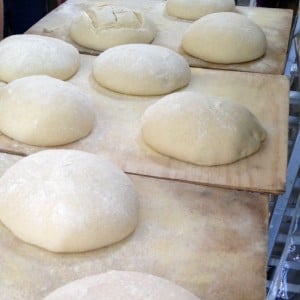 single-celled organism, and it deserves your love and respect.