7 Ways To Use Up Leftover Fruits And Vegetables

There are plenty of foods that can pull double-duty in the kitchen. From stalks and stems to greens and peels, here's how to get the most out of your leftovers. 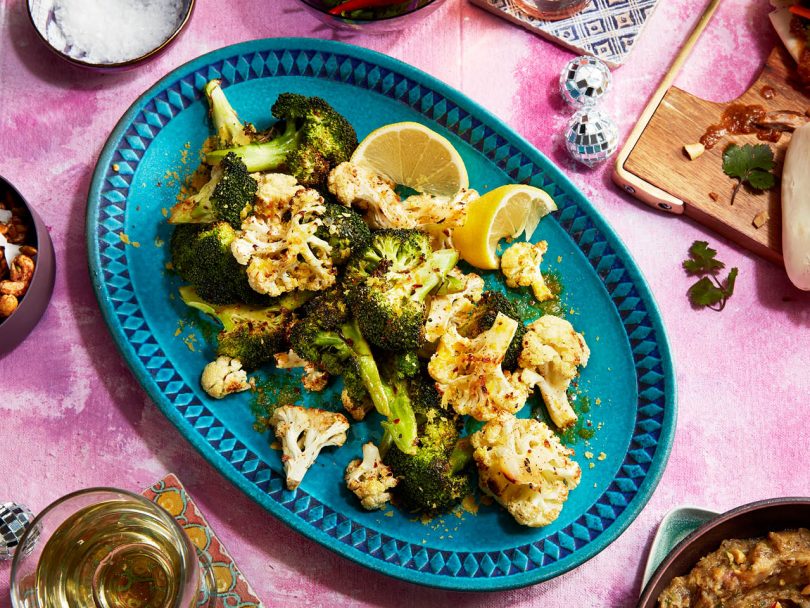 Recently, a friend of mine was making broccoli for dinner and I noticed that she had tossed out the entire green stem. I was shocked. Not only is the stem my favourite part (true, though I also eat the florets), but it can sometimes make up 50 percent of the entire vegetable. Get the most out of your fruits and vegetables (and save on your grocery budget) with these tips.

Broccoli stems and cabbage cores are so versatile. Use them raw as a crunchy crudité or slaw (thinly slice your stem instead of using pre-packaged broccoli). Or chop them up and add them along with your florets or cabbage in a savoury stir-fry. Just remember to add your cut-up stems and core a few minutes before you add your florets and cabbage leaves as they will take a little bit longer to cook until tender.

Beet and kohlrabi greens pack a punch with fibre and flavour. Buy a bunch of beets and keep the greens for this roasted beets and their greens recipe. Or chop them up raw and add them to your salads.

Citrus peel is full of zesty flavour and can make a dish seem much brighter. Use it on its own in a classic lemon tart, or add it to a recipe with its juice, such as a citrus-braised fennel or lemony linguine pasta.

Fennel fronds add a mild herb flavour to your dishes, reminiscent of tarragon and dill. Use them to garnish your dishes, like this tomato-fennel fish stew or creamy lobster crepes (if you’re feeling especially fancy).

Leek greens and parsley stalks may be hard to eat on their own, but adding them to simmering soups and stocks will infuse them with flavour and nutrients.

Basil and cilantro stalks are just as flavourful, if not more, than their tender leaves. While the leaves might wilt during cooking, the stalks remain crunchy with a burst of flavour if chopped up finely and added to your recipe. Try it for yourself in this basil chicken stir fry.

Fruits and vegetable parts you should never eat

While it’s great to experiment with whole fruits and vegetables, the following list of fruit parts should never be ingested:

Rhubarb leaves are toxic, but the red and green stem parts are fine to use.

These also contain low-level doses of a toxin that can be dangerous if you ingest too many. And don’t even think about chewing them–this makes them even more dangerous.