What I learned about drinking craft beer from a Saskatoon microbrewery

Saskatoon is quickly becoming a hub for craft beer and artisanal liqueurs — and Paddock Wood Brewery Co. and LB Distillers are bringing their own flavours to the niche market. 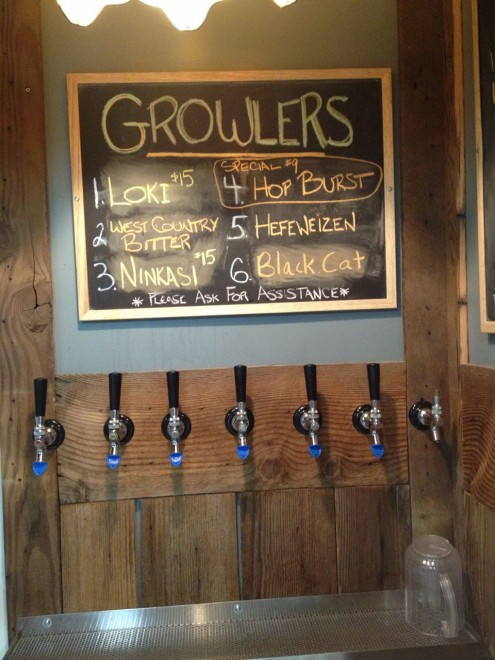 Canadians love their beer, especially during summertime. So in the interest of research, I set out in search of one of the country’s great microbreweries.

I found Paddock Wood Brewing Co. – Saskatchewan’s first microbrewery – an unassuming storefront in a Saskatoon strip mall, where they brew craft beer, pale ales, stouts and everything in between. Craft beer is a niche market that follows strict German brewing laws: all pure ingredients and no additives, meaning, hops, barley, water, yeast and nothing but. (Industrial beer is often made from a cheaper corn or rice base and artificial flavourings). 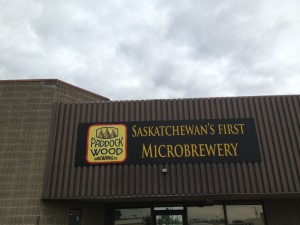 Producing a maximum of 1.5 million litres annually is the national definition of a microbrewery, though in Saskatoon the law is 500,000 litres, the lowest in North America. You can buy brew-your-own kits, pick up retro-chic growlers of Paddock Wood’s daily roster, or sit on a patio in one of the local pubs and enjoy a pint of my personal fave, the 606 Pale Ale.

Drinking tips from Paddock Wood Brewing Co.’s brewmaster Stephen Cavan: “Drink craft beer at room temperature. Let it open up like a fine wine. Also, drink it from a glass, not the bottle. This lets some of the C02 out.” In other words, fewer burps!

My next stop was LB Distillers, a.k.a. Lucky Bastard Distillers. What’s with the feisty name? Well, if you won $14.6 million in the Lotto 649, you may call your micro-distillery that as well! 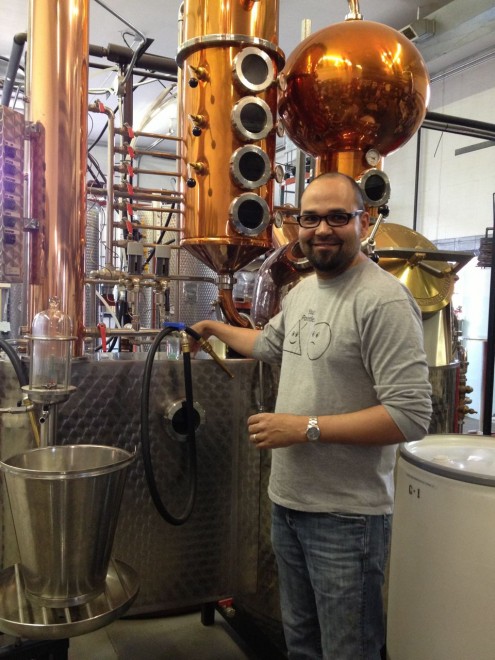 Launched in May 2012, as Saskatoon’s first micro-distillery they produce up to 50,000 litres of whiskey, vodka (including an amazing chai-flavoured one), gin and fruit liqueurs in their hand-hammered German copper still. The Saskatoon berry liqueur is sweet and delicious, while the sea buckthorn variety is where superfood meets booze.

They also make cute little spray bottles of bitters, which used to be sold in old-timey apothecaries at the turn of the last century, but are now making a return as the secret ingredient in artisanal cocktails. Flavours run from a traditional Xmasy-tasting one to a bold bacon. A spritz in the glass and suddenly you’re a legendary barkeep.

At both Saskatoon spots you can purchase products on-site, but alas, laws forbid shipping, except for the Paddock Wood’s brewing kits, and LB Distillers’ bitters.

In other words, you’ll have to microbrew your own.